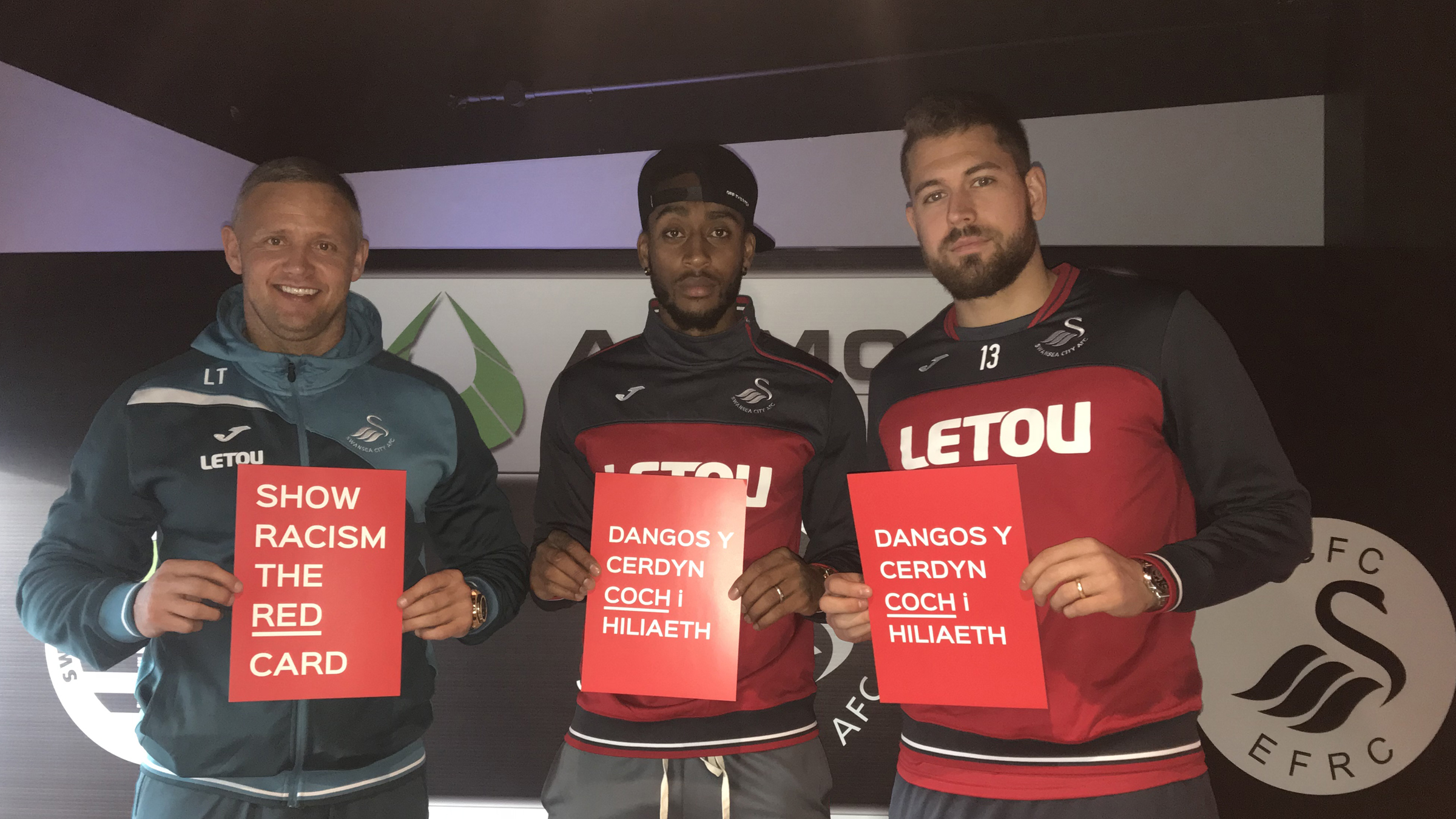 Show Racism the Red Card is an educational charity which utilises the status of football to help tackle racism in society, and delivers training to over 50,000 individuals each year.

Ex-Wales international Jenkins delivered an anti-racism workshop to the pupils before the children took part in activities which involved learning about the meaning of stereotypes.

“Funded by the Football Association of Wales, we hold events to try to enable critical thinking in young people to try to breakdown some of the stereotypes that might exist in society,” said Jason Webber, campaign co-ordinator for Show Racism the Red Card.

“We use football as a way to engage with and educate the children, whether that be on different cultures or religions. It is key that they tell somebody if they are a witness to racism.”

The Swans are avid supporters of the Show Racism the Red Card campaign, and the educational workshop was followed by a role-play press conference with Fer, Nordfeldt and Trundle.

Pupils had prepared questions around the topic of racism for the players to answer, further emphasising the importance of erasing racism and stereotypes.

One question asked, was: “If you experienced racism and you were to walk off the pitch, would you expect the rest of the team to follow you?”

Fer answered, saying: “Yes – we are a team and racism is not acceptable.”

Commenting on the event, the Swans midfielder added: “It’s very good education for the young people to make them aware of racism.

“It still exists but we have to try to give them the right education on how racism makes people feel – it is completely wrong.

“I’ve noticed serious racism once in my career and it was hard for the person that was involved.

“You have to tell the referee, and report it to the Professional Footballers’ Association, because we must avoid it happening inside and outside of football.”

Further details about the campaign can be found at www.theredcard.orgor via 02920 236 057 and by email Wales@theredcard.org