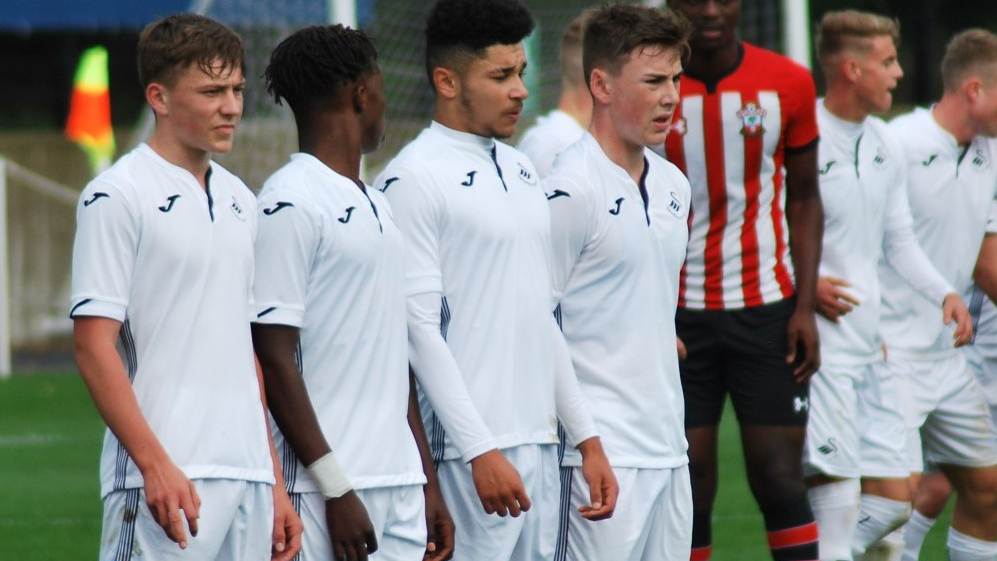 Swansea City Under-18s suffered a 3-1 defeat to Leicester City at Landore on Saturday.

Despite a dominant performance, the U18s failed to take their plethora of chances as they missed out on a first league win in 2019.

On another day the Swans would feel that they could have won comfortably, and a makeshift defensive line did well to cope with the power that Leicester boasted.

It was an encouraging performance, as the Swans created 24 shots on goal throughout the game, with the ball seemingly destined to stay out of the net on numerous occasions.

Josh Thomas did eventually find the net just before the break as he finished an impressive move which cut the deficit to 2-1.

Goalkeeper Alex Rutter played the ball forward with the Swans quickly moving the ball through the thirds which led to Marc Walsh finding himself one-on-one with his defender. After skipping past his marker, the youngster crossed into the six-yard box to find Thomas, who slid the ball home with a poacher’s instinct to grab his second goal of the season for the U18s’.

Midfielder Daniel Williams controlled the tempo of the game superbly in the match, whilst Mason Jones-Thomas provided a creative spark going forward that kept the pressure firmly set on the Foxes.

However, goals from Sidnei Tavares, Will Russ and Justen Kranthove saw the visitors take the spoils back to Leicester, but the Swans were left feeling upbeat after an encouraging display of football.