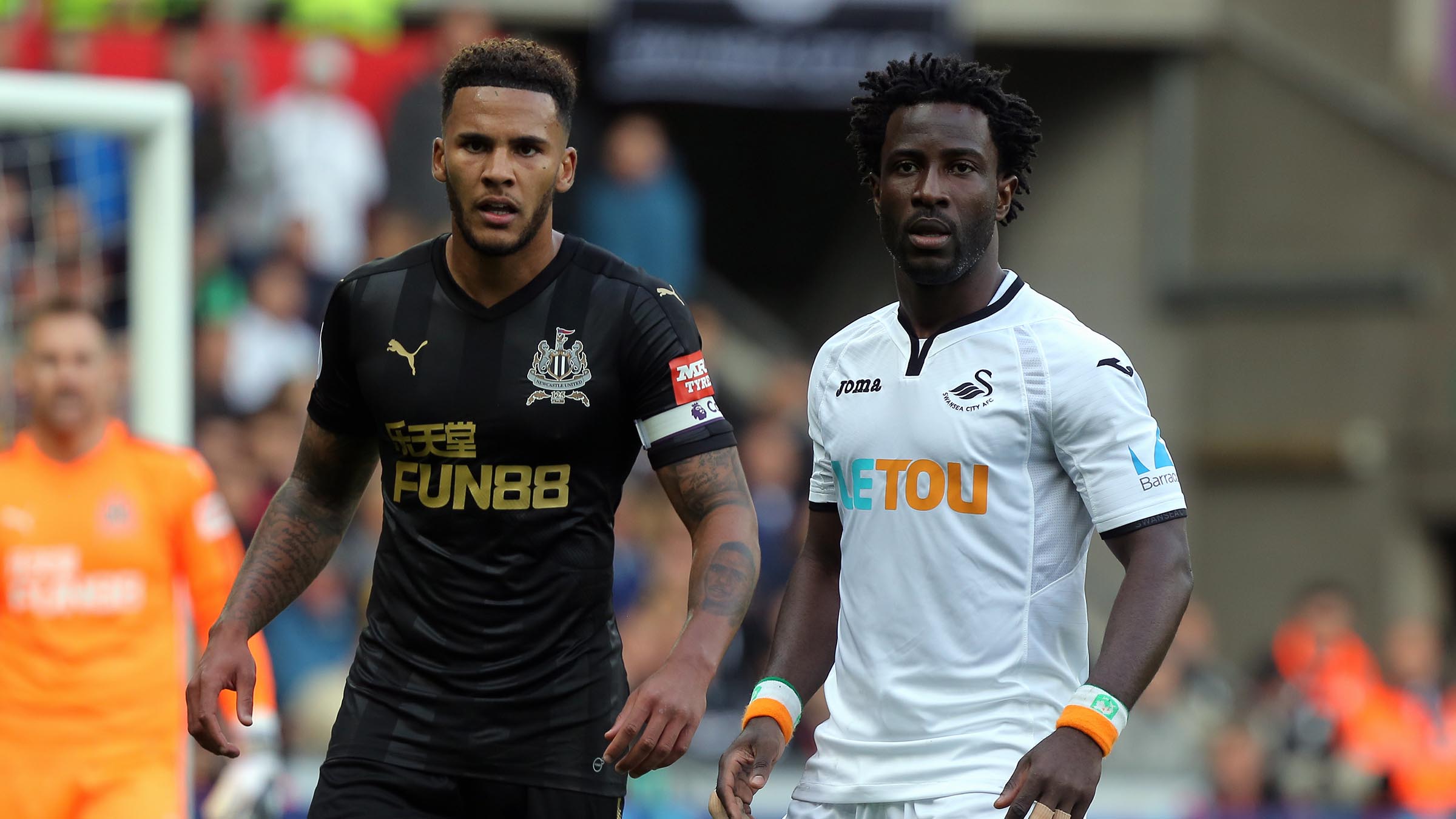 Swansea City are working hard with Wilfried Bony as the striker eyes regular game-time following his return to Wales.

Bony is well behind his new team-mates in fitness terms having played no part in Manchester City’s pre-season schedule, meaning boss Paul Clement must be patient with the Ivory Coast star.

Bony played 21 minutes as a substitute against Newcastle last Sunday – his first Premier League appearance since December – then featured for just over an hour as the Swans’ under-23s beat Derby on Monday.

Bony scored the young Swans’ first goal in a 5-2 victory, but he is not yet ready to start for the senior side.

“I want to get Wilfried up to full match fitness as quickly as possible,” Clement explained.

“Monday was an ideal opportunity – an under-23s game at home.

“He played around 60 minutes. He showed his leadership qualities, his strength and he got a goal – we saw all the things we know about him.

“Now it’s about getting that match sharpness. He was tired towards the end on Monday and he was a little bit achey for the next couple of days.

“But it will not take him long to get up to speed because he is very focused.”

Clement feels the Swans must gradually give Bony more minutes, as they would with players during a pre-season campaign.

“We can get him contributing off the bench in these early games and then when he is ready, he will start,” he added.