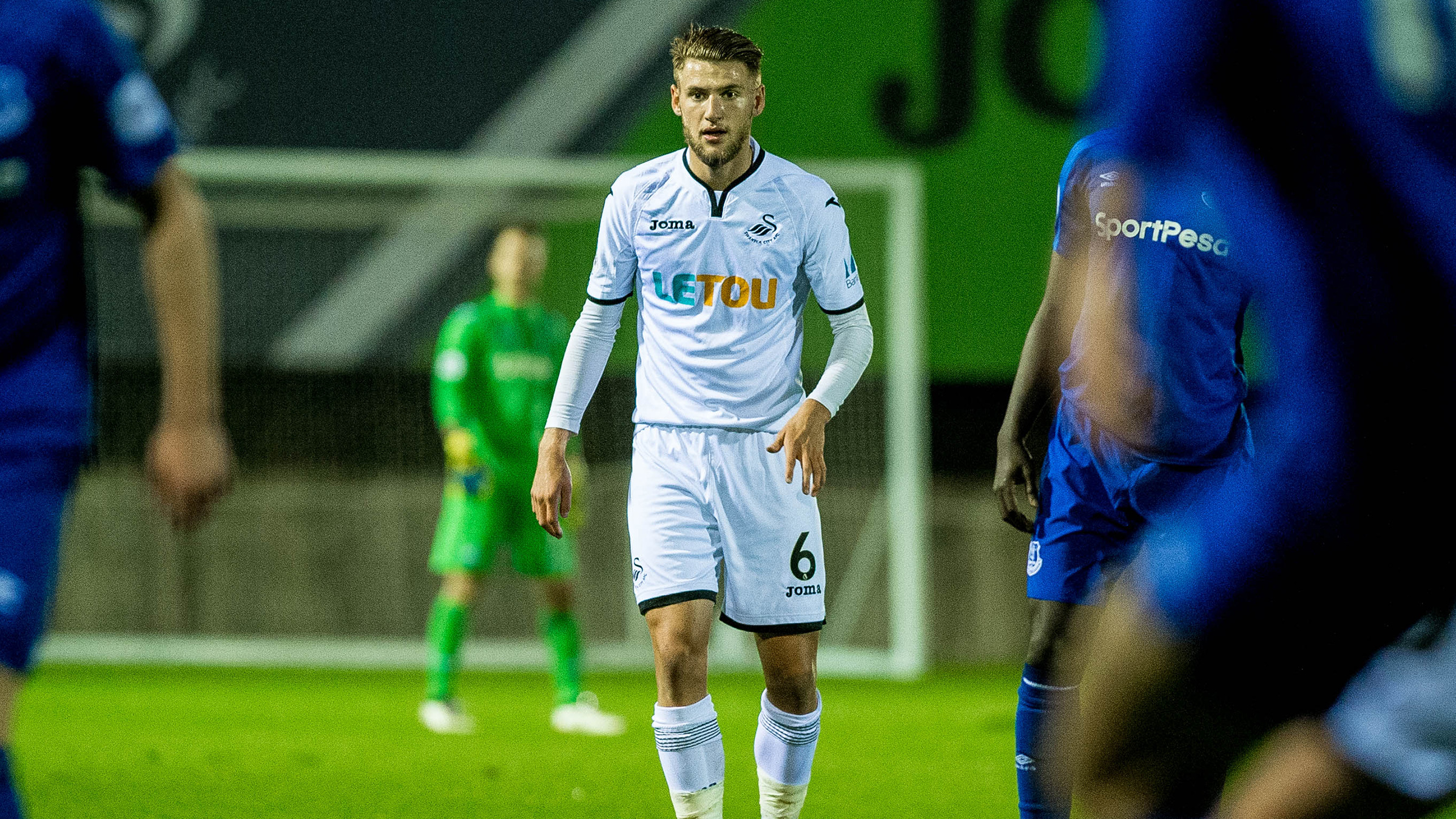 Brandon Cooper has been named Swansea City’s scholar of the year at a Premier League awards ceremony.

The 18-year-old defender, who captained Swansea’s under-18s before stepping up to make 13 appearances for the under-23s, picked up the gong at Molineux on Thursday.

One scholar from every club in the Premier League academy programme is recognised in the end-of-season awards bash.

The promising youngster from Porthcawl, who signed a new contract with the Swans in March, was thrilled to land the prize.

“It is an honour to pick up this season’s award,” Cooper said.

“It had been a long, tough campaign that has seen good progress on and off the pitch. Stepping up to play for the under-23s and playing at a higher level has been great.

“The award is a good way to end the season and I am looking forward to achieving more and improving further for next season.”

Swans legend Leon Britton was one of the first to congratulate Cooper, hailing the centre-back as “an example of a great young pro”.

The award recognises the achievements of the player on the pitch as well their progress in education away from football.

The academy’s head of education and welfare, Tony Thomas, believes Cooper is a fine role model for young players.

“We nominated Brandon Cooper this year because he has made great progress as a player by captaining the under-18s, playing for the under-23s and his work in college,” he said.

“He has worked extremely hard to keep abreast of his work and has always adopted a positive attitude and displayed commitment and dedication.”