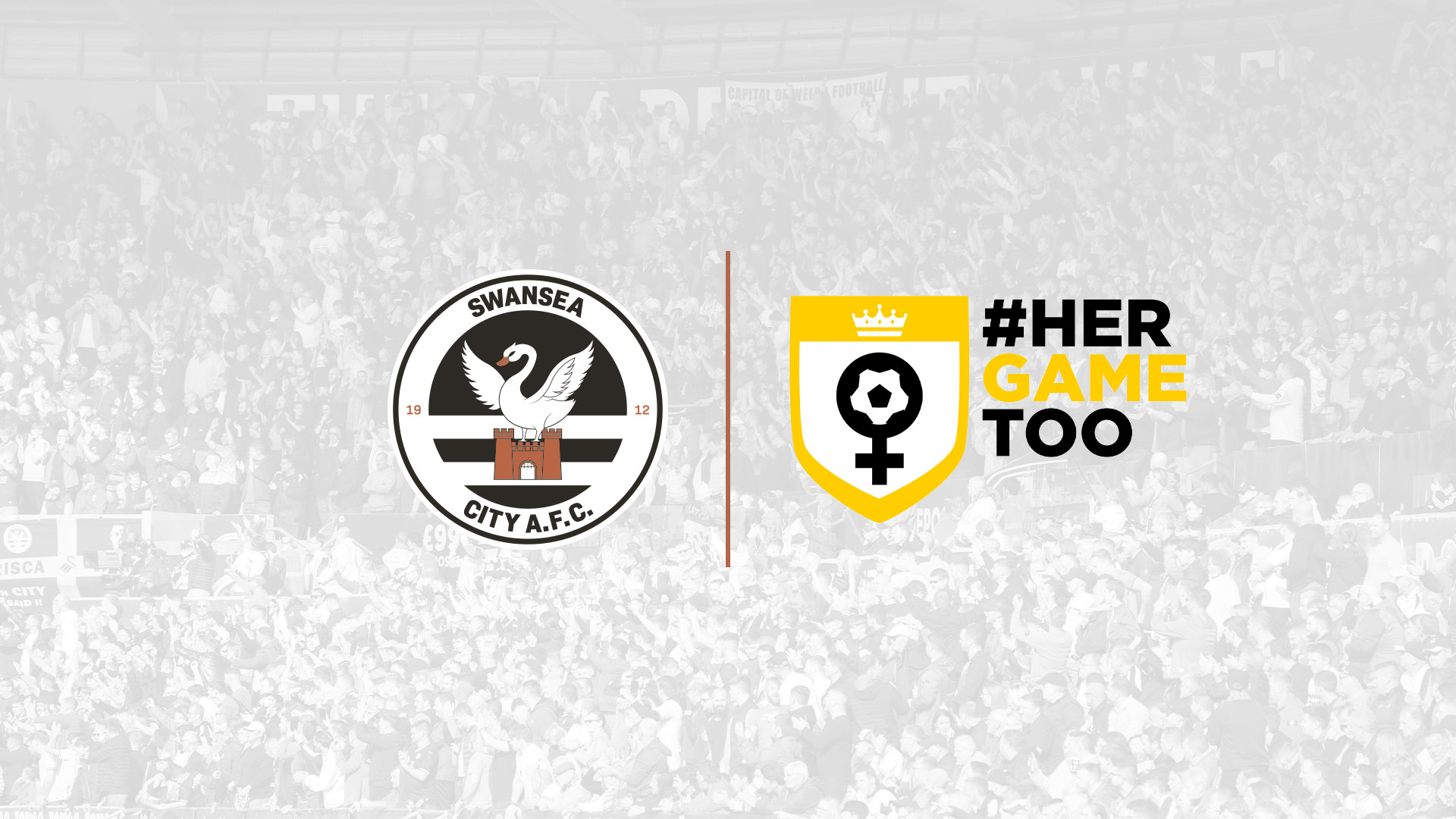 Swansea City are delighted to continue our partnership with HerGameToo, which aims to raise awareness of sexist abuse within the realms of football.

At the start of this season we joined a number of clubs from the EFL and beyond to commit to the cause, creating further awareness to the problems faced in football by females.

HerGameToo have helped form party of the club’s Supporter Equality and Diversity working group that meets bi-monthly, while they have been instrumental in helping us develop the discriminatory reporting text service on matchdays and have been involved in the inclusivity survey that was sent out to supporters in December.

HerGameToo was founded by 12 passionate female football fans – including Swansea City supporter Amy Clement - who are committed to growing the campaign with the aim of fostering an ethos in football in which women are welcomed and respected equally.

The non-profit organisation aims to create awareness, educate, research, develop a strong sense of community and create strong relationships with clubs, among much more.

Further aims include creating regular content to champion women in football (players, staff and fans), creating strong relationships with club trusts and communities, having a presence at football grounds and sports bars to build a more welcoming environment for young girls and women as well as continuing to campaign against sexism in football and online abuse.

“It’s an absolute dream to partner up with Swansea City. I’m a massive Swans fan and working with Swansea has been on my radar since the campaign began," said Amy Clement of HerGameToo. “Swansea are a club who do so much for equality in the community already, they are extremely forward thinking and open-minded and they match the values of HerGameToo perfectly. They have been brilliant to work with and all Swansea fans should feel very proud of their club.”

“Discrimination has no place in football and we can’t thank Swansea City enough for backing our movement and for helping us to stamp sexism out of the game.”

Swansea City chief executive Julian Winter added: “This campaign has been hugely important in raising awareness for the issues faced by female football fans – issues that have been far too common for too long.

“Football is a game that is to be enjoyed by everyone, and is wholly inclusive, while discrimination has no place in society nor in the game we all love.

“We will continue to support HerGameToo and look forward to working with them even more closely in the future.”