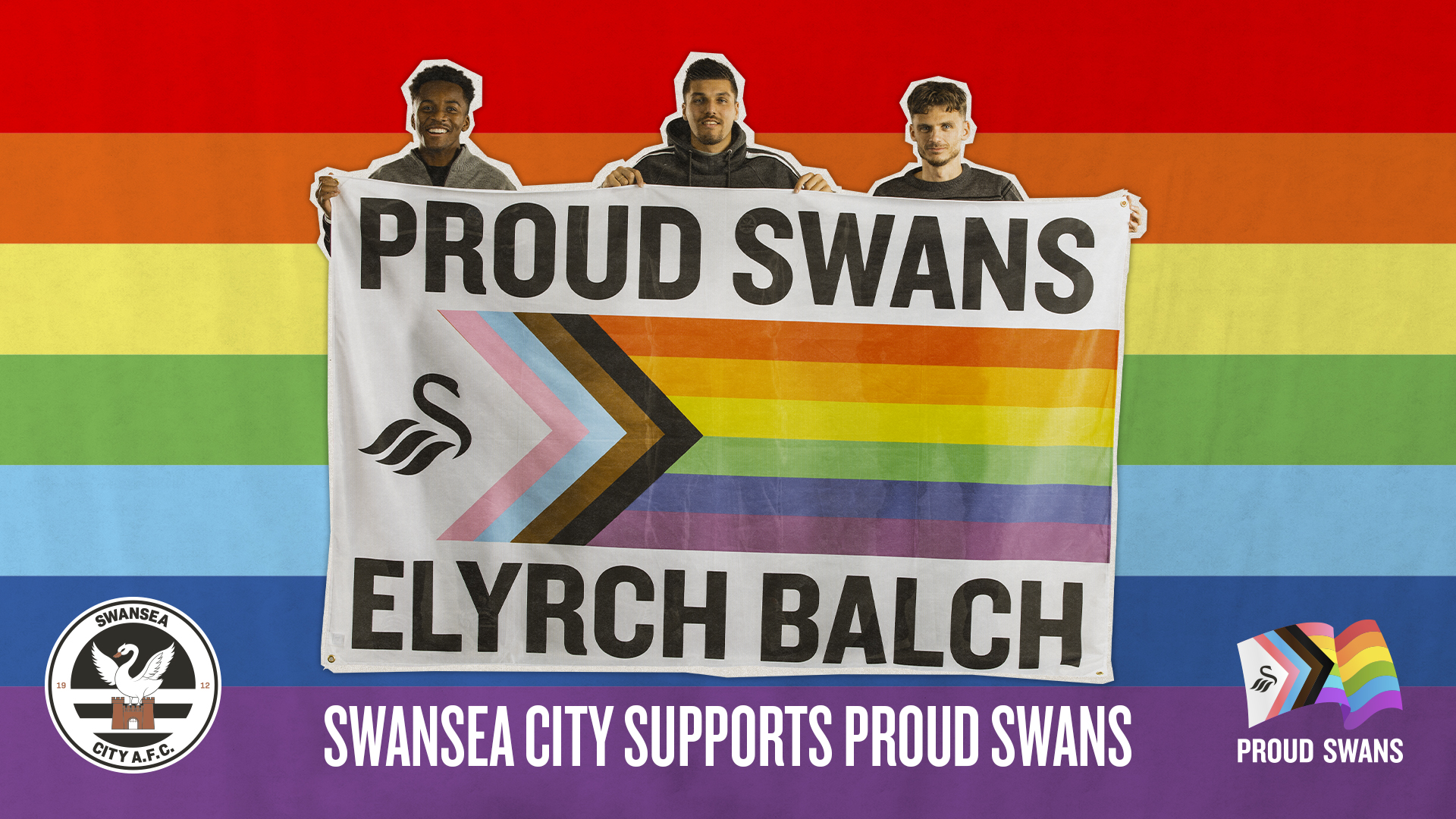 Swansea City will show its support for Stonewell’s Rainbow Laces campaign at Saturday's Championship fixture with Nottingham Forest at the Swansea.com Stadium.

Saturday's game has been designated as the fixture in which we highlight our support for LGBTQ+ fans, players and staff across the game with Swans captain Matt Grimes wearing a rainbow-coloured armband. Meanwhile, we will also be using rainbow-coloured substitution boards and corner flags.

Stonewall’s campaign focus this year is ‘Lace Up and Speak Up’. To create a broader, louder and more impactful movement for LGBTQ+ inclusion in sport, with the hope that every conversation will take them one step closer to achieving their ambition of making sport everyone’s game.

The club are also working closely with Proud Swans, the official supporter group for LGBTQ+ supporters of Swansea City.

Founded in 2014 their mission is to empower, support and build LGBTQ+ inclusion for fans and staff at Swansea City. We aim to be a safe, friendly and inclusive space for fans visiting the Swansea.com Stadium and work to tackle homophobia in football.

Proud Swans are pleased to be working with Swansea City for this year’s #RainbowLaces campaign, which seeks to raise the profile of homophobia in football and bring forward the issues we see in the modern game, both on and off the pitch.

As part of the Rainbow Laces campaign we're asking Swansea City supporters to ‘Lace Up and Speak Up’ and have the conversations we need to have to make sport everyone's game.

Former Swansea players and coaches have paid tribute to Lenny Johnrose ahead of a pair of upcoming events held in memory of the club’s former midfielder.