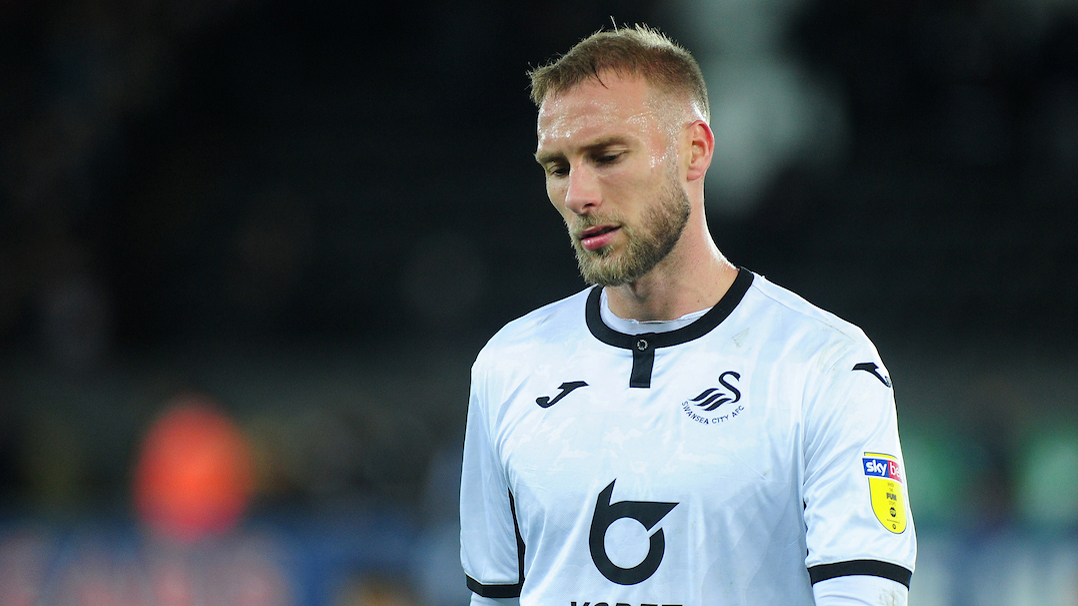 Swansea City are waiting on the fitness of a trio of players ahead of Friday night’s meeting with Fulham at the Liberty Stadium.

Wingers Nathan Dyer and Wayne Routledge, plus defender Mike van der Hoorn are all doubts for the clash with the Cottagers.

Dyer and Routledge picked up knocks in the defeat to Millwall, while van der Hoorn was forced off after being on the receiving end of a heavy challenge in the midweek draw at Huddersfield.

And head coach Steve Cooper says it is too early to know if the trio can play a part against Scott Parker’s in-form side.

“Nathan and Wayne are touch and go,” said Cooper.

“They missed the other night and it’s inconclusive (if they will be fit), at the moment. We want to give them as much time as we can.

“They both had kicks. Nathan did it early in the Millwall game and it flared up when he took his boot off and with the quick turnaround it has been bad timing for an injury like that.

“For Wayne it might be a bit of muscle soreness.

“Mike is the same – touch and go - and they need a final check before we know.

“We hope he will be okay, but it was a bad tackle and a disappointing one I have to say.

“He felt the effects of it but everyone is desperate to play and put some wrongs right.

“We are a bit battered and bruised from what we knew would be a heavy week, but we are trying to give everyone as much time as possible to have as many selections decision to make as possible.”

Joe Rodon and Jordon Garrick are long-term absentees, while Aldo Kalulu is set for another outing with the under-23s this weekend and he nears a return from an ankle problem.

“We know Joe and Jordon are out. Aldo is back training and nearly available,” added Cooper.

“We want him to play one more game for the under-23s, which he will do on Saturday against Colchester.

“There is a temptation to throw him back in, but we need to be careful.”