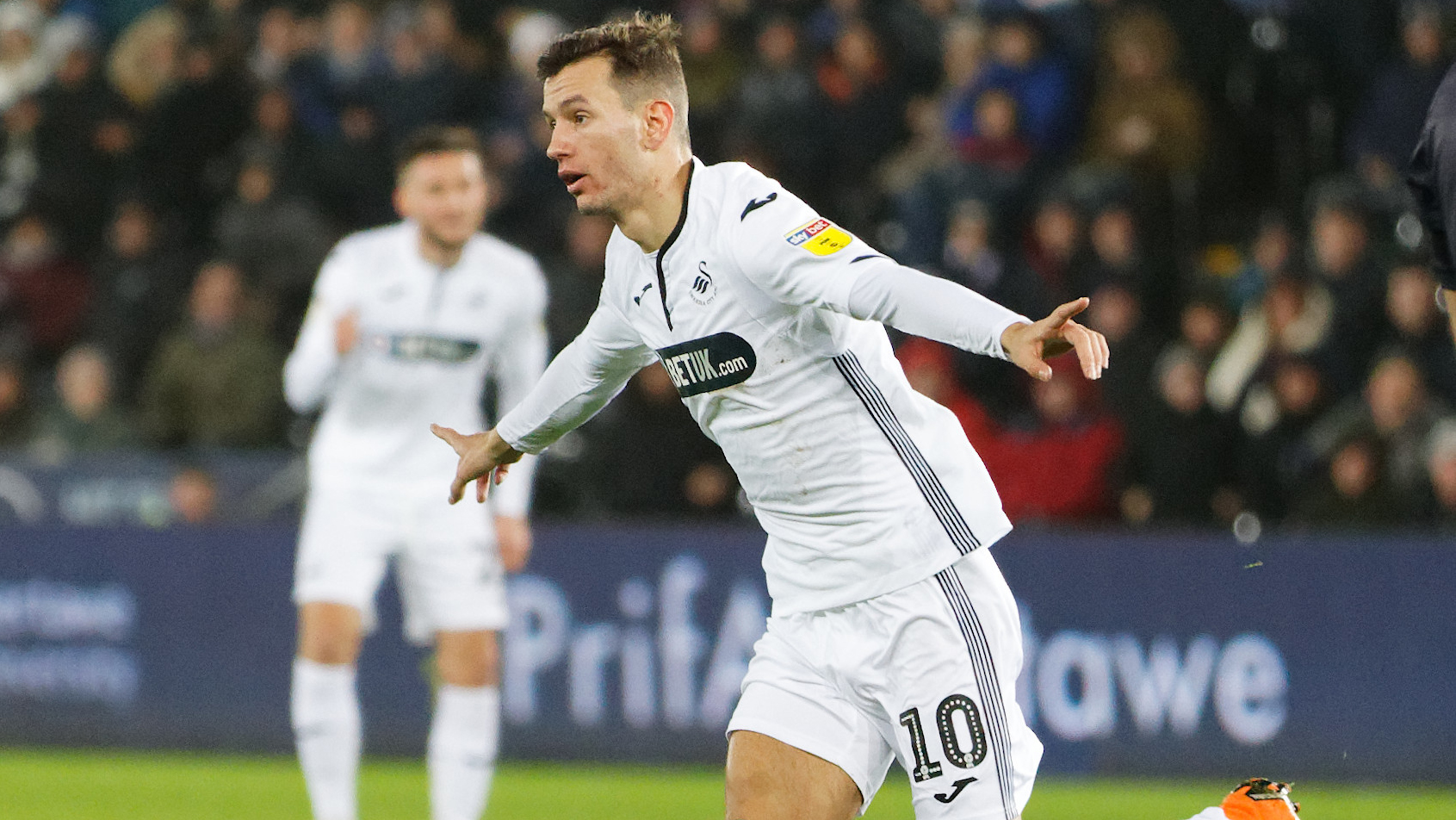 Football stats experts WhoScored.com take a closer look at the form of Bersant Celina as Swansea City prepare to take on Hull this evening (5.30pm).

After a negative run of form, Swansea seem to be back on track after successive wins over Brentford and Sheffield Wednesday.

As the games come thick and fast over the festive period, Graham Potter will be keen to kick off the Christmas run with a third consecutive win over an improving Hull side.

Here, WhoScored.com believe Bersant Celina could play a key role for the Swans in their quest for another three points.

Victory over the Owls last time out was made possible by the Kosovo international, who came off the bench midway through the second half and made an immediate impact for Swansea.

Indeed, six minutes after his introduction, Celina fired Swansea level at the Liberty Stadium before turning provider a minute later for Wayne Routledge’s winning goal as the young creator turned the game on its head.

Despite playing just 25 minutes in the 2-1 victory over Sheffield Wednesday, Celina won the WhoScored.com man of the match award with an 8.03 rating. It was his second individual triumph of the campaign and he’ll hope to add a third against Hull today.

The 22-year-old’s match winning display boosted his average WhoScored.com rating for the season up to 6.95, that's the fifth best of all Swansea players, and he’s expected to be rewarded with a start against Hull this evening.

Another solid outing from Celina would go a long way to ending Hull’s good run of form. Nigel Adkins’ side are now unbeaten in their last four and have lost only once in their last eight league outings.

Only three teams, though, have earned fewer home points than Hull (12) in the Championship this season, yet their defensive resolve at the KCOM Stadium is one of they primary reasons they are keeping their heads above water at present.

Eleven home goals conceded is the fifth fewest in England’s second tier this season and it’ll take a monumental effort from Potter’s top performers to fire Swansea to another victory.

To their credit, Swansea have picked up a commendable 15 points away from home this term and the good form of their attacking personnel has been a vital reason for their solid efforts on the road.

Celina (41) ranks eighth for key passes in the Championship this season and his creative talent, which has seen him develop a statistically calculated WhoScored.com strength of ‘key passes’, should prove vital against the Tigers as Swansea aim to break down a solid Hull outfit.

Celina, and Swansea for that matter, won’t be able to simply saunter through the Hull backline in their pursuit of goals, mind you. There’s a reason Hull concede so few goals at home and one of the main being the performances of Markus Henriksen in front of the defence.

The Norwegian has gained a better WhoScored.com rating (6.92) than any other Hull player this season, with his marshalling of the midfield pivotal for a Tigers outfit that has developed statistically calculated WhoScored.com strengths of ‘protecting the lead’ and ‘stealing the ball from the opposition’.

Only twice at home have Hull been pegged back by an opponent after taking the lead this season with Henriksen’s average of 2.1 tackles per game, that ranking highly among Hull's players, crucial in that regard.

However, if Swansea can take the initiative, then Potter can look forward to another three points to head into Christmas on a high.

On the back of his man of the match display last weekend, Celina could prove to be the difference this evening and drag Swansea to another victory to close the gap on the playoff spots.