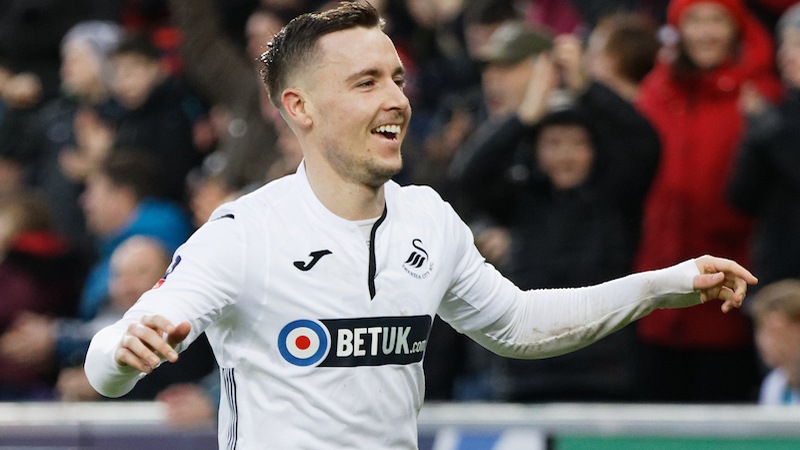 Jay Fulton, Kyle Naughton and Barrie McKay are the players to come into the side, with Courtney Baker-Richardson dropping to the bench and Wayne Routledge and Declan John out injured.

Fulton comes into midfield alongside George Byers, as Matt Grimes slots in at left-back with John absent.

Naughton starts at right-back with Connor Roberts operating in a more advanced role on the right flank.

Bersant Celina and Daniel James are alongside Roberts in a trio, while McKay is expected to play ahead of them.

Oli McBurnie, who has been struggling with illness, is named on the bench.