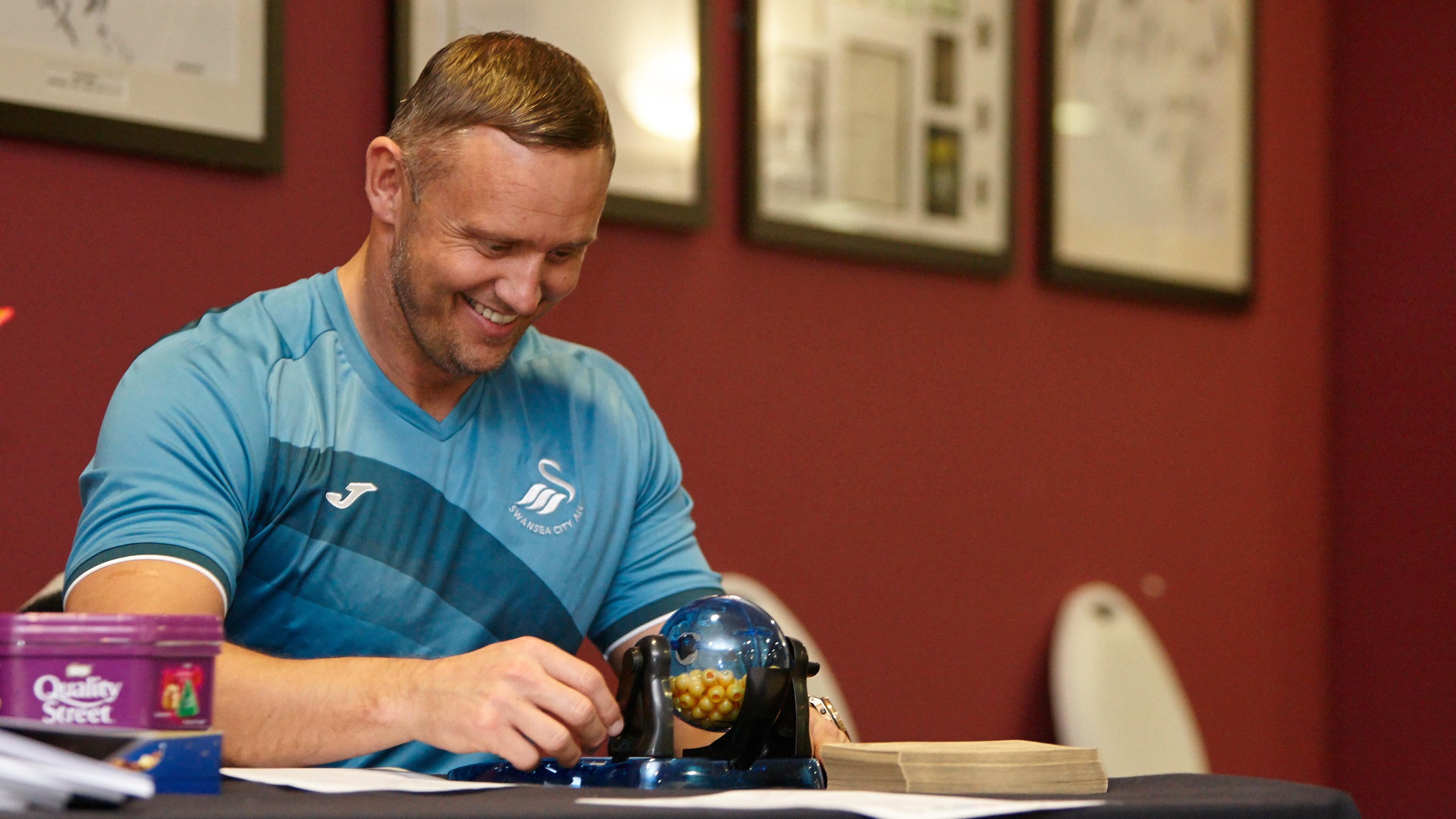 The Swans this week welcomed members and clients from Age Cymru to the Liberty Stadium for a Christmas afternoon tea as part of the ‘Seven Swans A Giving’ initiative.

Held for the second year in a row, the Christmas afternoon tea saw the club welcome vulnerable clients of Age Cymru, a national charity that works to improve the lives of older people.

With tea and cakes donated by Levy Restaurants UK, the guests were given a tour of the stadium before being treated to a round of bingo called by club ambassador Lee Trundle.

“We brought a group of about 15 older people who are experiencing loneliness and isolation on a regular basis,” said Natasha Cody, Age Cymru Swansea Bay’s external relations officer.

“These are people whose main companion is a television or a pet, so we’ve brought them all together for afternoon tea and they’ve thoroughly enjoyed themselves.

“For some, it’s only the second time that they’ve been out in three weeks so the support of the Swans in putting on events like this is completely invaluable and it really makes a difference to their quality of life.

“They’re going to be talking about this event for the next six months.”

Organised as part of the club’s Seven Swans A Giving Christmas campaign, the afternoon tea is just one in a long line of community initiatives the Swans have got involved with over recent weeks in a bid to give back to various fans.

In addition to the event, the club has partnered with local charitable organization The Unum Project to support the homeless, as well as giving back to various participants of our Community Trust’s projects.

The campaign has also seen us launch a range of competitions and club shop promotions to treat fans in the build-up to Christmas.

“It’s very important for us to give back to fans,” Trundle said after presenting the bingo winner with a hamper of presents.

“Being a football club, people think you only get involved with football, but we’ve been out to many things as part of Seven Swans A Giving and it’s nice to invite people to us to give back to the local community.”

To find out more about Seven Swans A Giving, click HERE, and to find out how you can help us to help the homeless through our partnership with The Unum Project, click HERE.