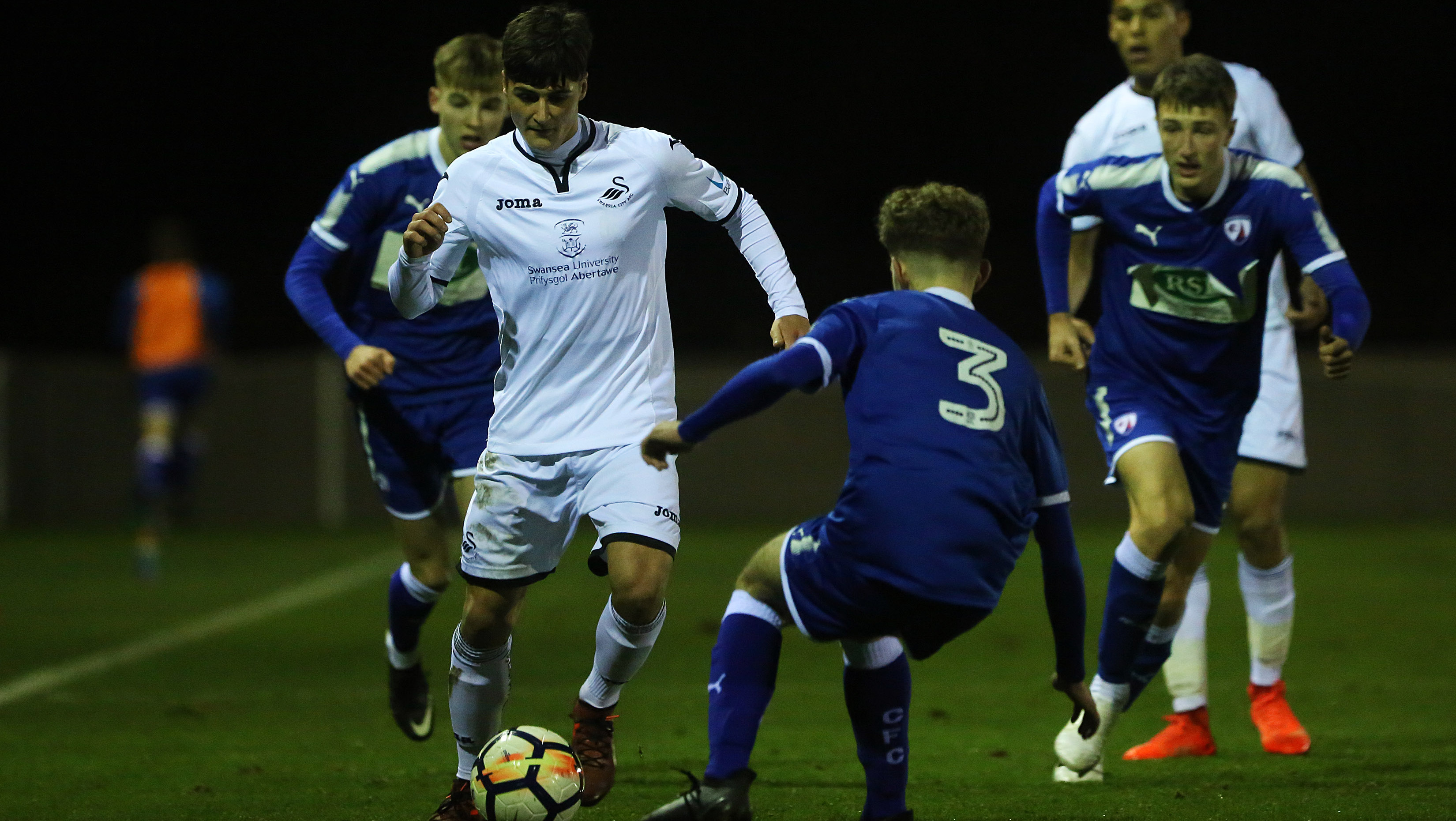 A goal in each half from Mason Jones-Thomas helped Swansea City Under-18s to a 2-1 victory over West Ham as they made it four straight wins in Premier League South.

The Swans started well in windy conditions at Fairwood but didn’t take the lead until just before half-time when Jones-Thomas cut out a pass to race through on goal before beating Daniel Jinadu.

The winger doubled Swansea’s advantage minutes into the second half latching on to a loose ball in the box to fire into the corner of the net.

The young Swans limited West Ham’s chances for the most part but the Hammers did hit back three minutes later when striker Sean Adarkwa found space in front of goal to beat Alex Lang.

Swansea continued to create chances in front of goal but Joe Lewis and Oli Cooper saw their efforts saved.

Frustrations boiled over before the final whistle with three red cards shown late on.

Cameron Evans was given his march orders for Swansea while Jade Jay Mingi and Kristijan Belic were sent off for West Ham.

The Swans' eighth victory of the season keeps them fourth on goal difference in the Premier League South table, with Southampton in third on the same number of points.

Coach Anthony Wright praised the under-18s for the victory but admitted they were not at their best.

“We are pleased with the win but disappointed with the performance overall,” he said.

“We played in difficult conditions but dealt with them to earn the win. This group has come a long way in a short space of time which is pleasing to see.

“Jon (Grey) and I are happy with the progress we are making, but we must continue to improve and take things game by game.”