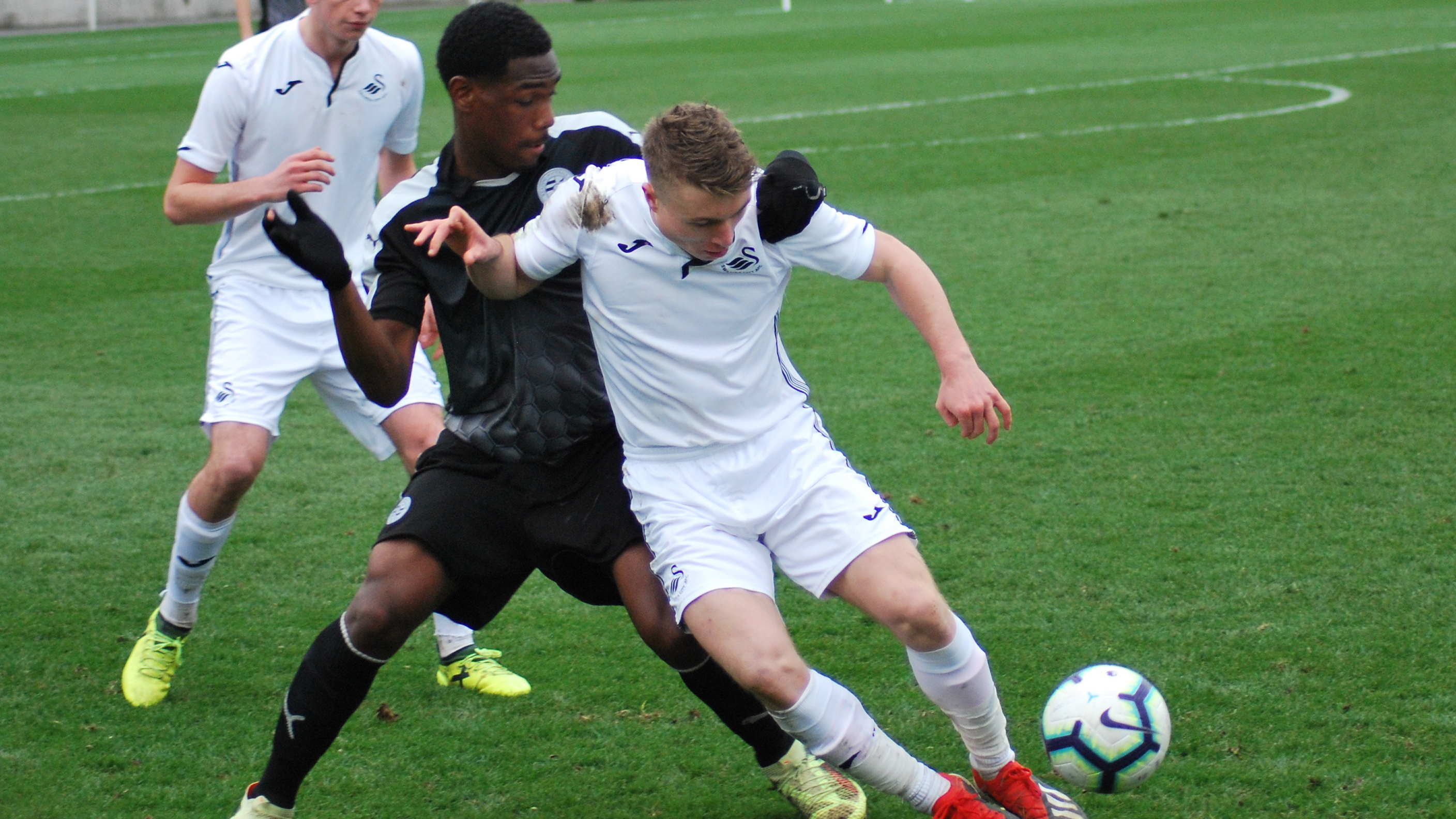 U18s end season with a point at Villa

Swansea City’s under-18s rounded off their 2018-19 Premier League South campaign with a 1-1 draw against Aston Villa.

Both sides played out a goalless first half as the young Swans dominated large spells of possession only for the home side to create the most chances in front of goal.

But the Swans made their chance count after the break with a fine individual effort from Daniel Williams beating Akos Onodi to give the under-18s the lead after 69 minutes.

Swansea were reduced to 10 men in the closing stages of the game when striker Ali Al-Hamadi received a second yellow card in the 81st minute.

It set up a nervous end to the game as the Swans tried to hold on to their lead while Villa threw everything into attack.

Despite the Swans' best efforts, Villa found an equaliser in the dying seconds of stoppage time when Charlie Farr found Brad Burton to beat Shepperd.

The Swans settled for a point, but the result lifted the under-18s off the foot of the South table and above Norwich with an 11th-placed finish with Aston Villa in sixth.