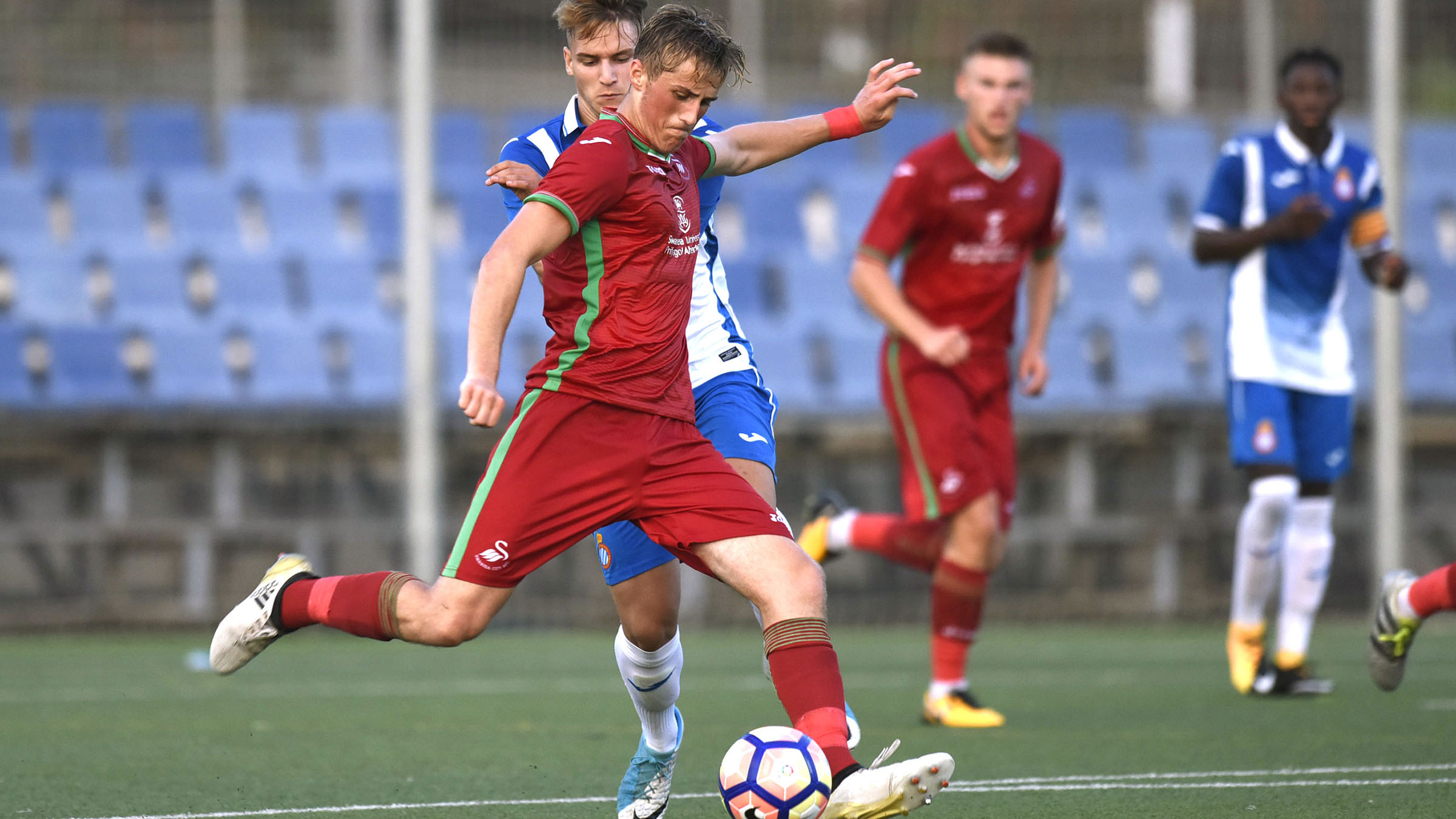 Swansea City Under-18s were held to a goalless draw against Leicester City at Landore as they stayed fourth in Premier League South.

There was little between the two sides in an evenly contested first half but it was the Foxes who almost took the lead on 10 minutes when Terrel Pennant’s skilful effort from close-range went over the Swansea crossbar.

The Swans responded well and almost took the lead when Marc Walsh spotted Leicester goalkeeper Rhys Davies off his line but the winger couldn’t take the chance.

The home side continued to push for an opener and came desperately close through Oliver Cooper and then Shaquille Wynter-Coles, who both saw efforts well saved by Davies.

Swansea stopper Nathan Sheppard was called into action late in the half, tipping a shot from Leicester forward Conor Tee over the crossbar.

Neither side were able to put their stamp on the game in the second half, but Leicester almost took the lead inside the final five minutes only for Tee’s free-kick to whistle narrowly past the post.

Swansea then created a late flurry of chances, with captain Joe Lewis heading home only to be flagged offside deep into stoppage time.

The point keeps the academy Swans fourth in the table. They are next in action when they face Arsenal at Colney Training Centre on Saturday, April 21 (11am).