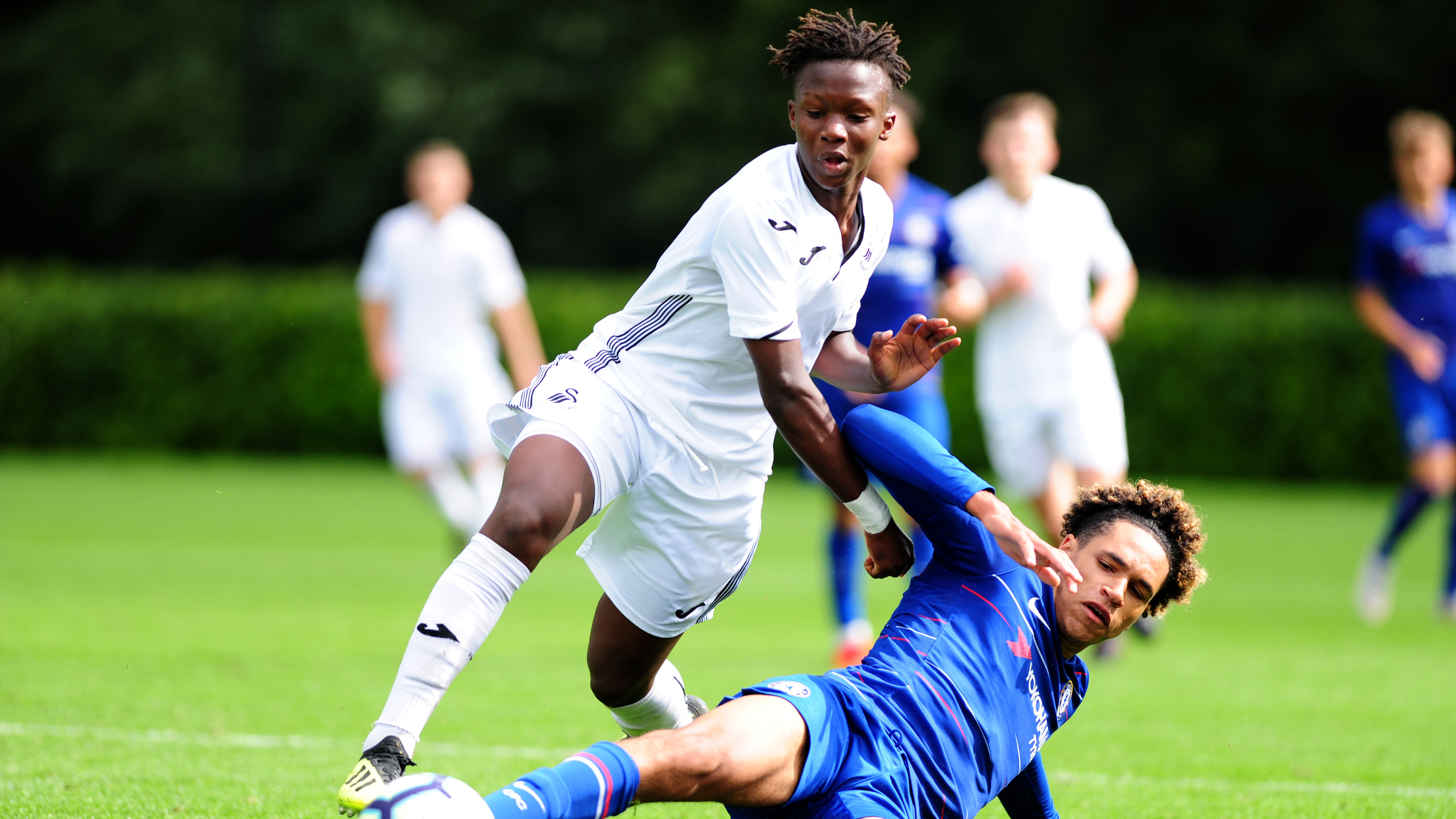 Swansea City Under-18s hit their Norwich counterparts for six to climb off the foot of Premier League South.

The young Swans claimed their first win of 2019 thanks to a brace from Cameron Evans, with Ali Al-Hamadi, Will Rickard, Josh Thomas and Tivonge Rushesha rounding out the scorers.

It was the under-18s' biggest victory as a category one academy side.

The Swans started strongly, with Al-Hamadi causing problems for the Canaries defence in the opening minutes of the half.

The forward was slipped through on goal with just Joe Rose to beat between the sticks, and he made no mistake, slipping the ball calmly into the bottom right corner to give his side the lead at Bisham Abbey.

The chances kept coming but it wasn't until the final 20 minutes that the floodgates opened for the under-18s, with Anthony Wright’s squad firing five past Rose in the last stretch of the game.

It was no more than they deserved.

Richard kicked off the emphatic finish to proceedings with the second of the afternoon.

Evans smashed the third past Rose moments later, doing well to get onto the end of a fizzed cross from the right, whilst Rushesha slotted home from the spot.

A clinical second period was completed as substitute Thomas further extended the lead with eight minutes to go, before Evans slipped home his second of the day to round off the under-18s' first win since November.