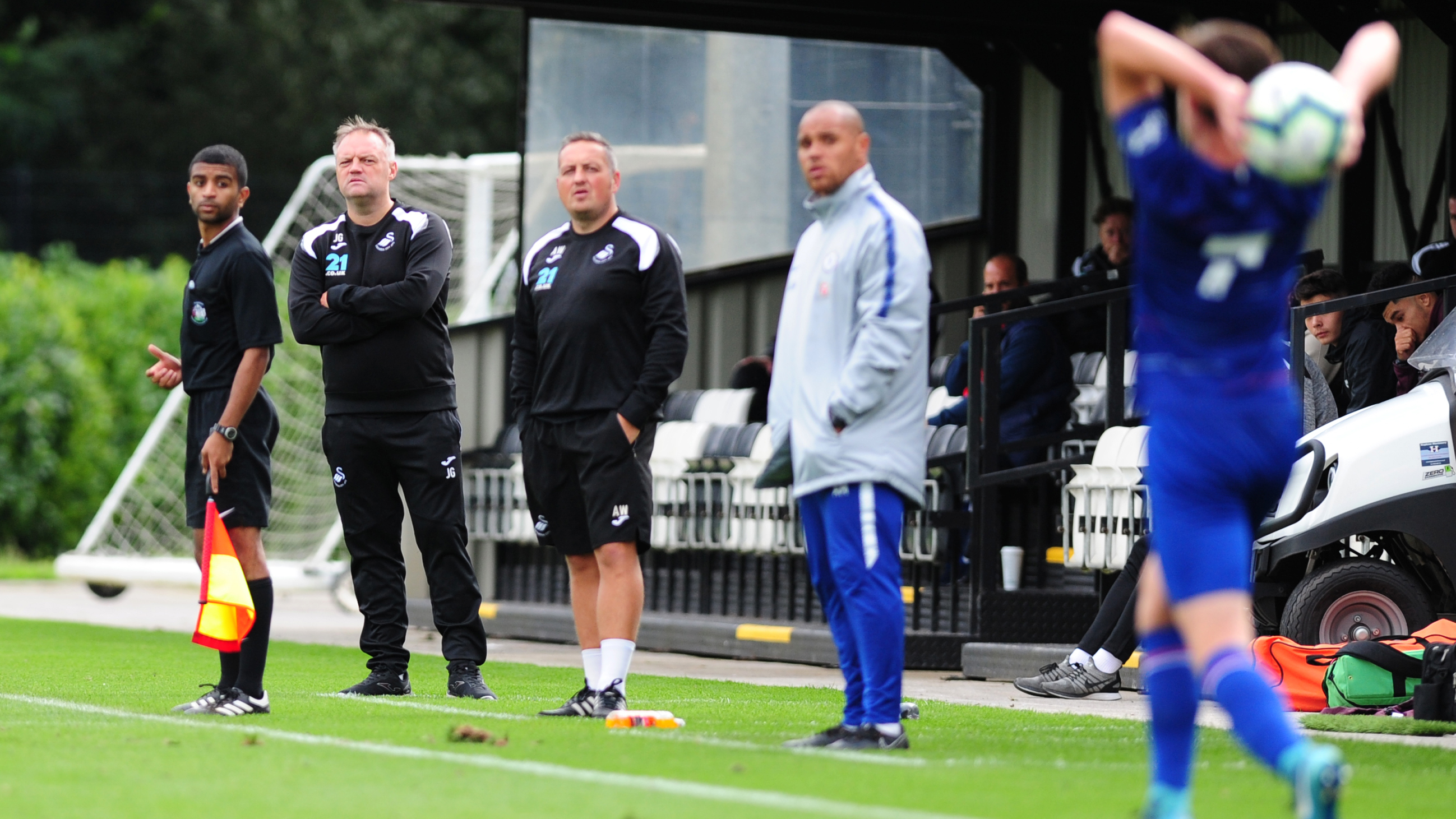 Jon Grey believes Swansea City Under-18s are unfortunate not to have a Premier League South win on the board this season as they prepare to face Reading at Hogwood Park on Saturday (1pm).

The academy Swans go into the game having picked up just one point from their opening five games so far this season, while Reading have lost only once this term.

But despite what looks like a testing start to the season on paper, Grey insists the Swans are progressing on and off the pitch.

“We have been right in a number of games,” the under-18s coach said.

“Apart from the game against Tottenham where we lost comfortably, all of our losses have been by a single goal.

“We’ve competed well but we just need that extra bit of luck to see out the game when we go ahead.

“The main thing for us is that although we haven’t won, it’s encouraging to see that the players are developing and progressing in the way that we like them to.”

A stunning 30-yard strike from Daniel Williams could not prevent the Swans falling to a 2-1 defeat against Chelsea last time out.

But Grey insists that defeat to the title holders will drive the academy squad to secure a maiden victory.

“The boys were unlucky not to get something out of the game against Chelsea,” Grey continued.

“The positives are that it lays a good foundation to hopefully get our first win of the season this Saturday.

“Reading are a fantastic academy and have always done really well. They proved that with a really good result last week against Tottenham.

“We’re expecting a difficult game, but we’ll go into it with a positive mindset and try to win like we do every other game.”