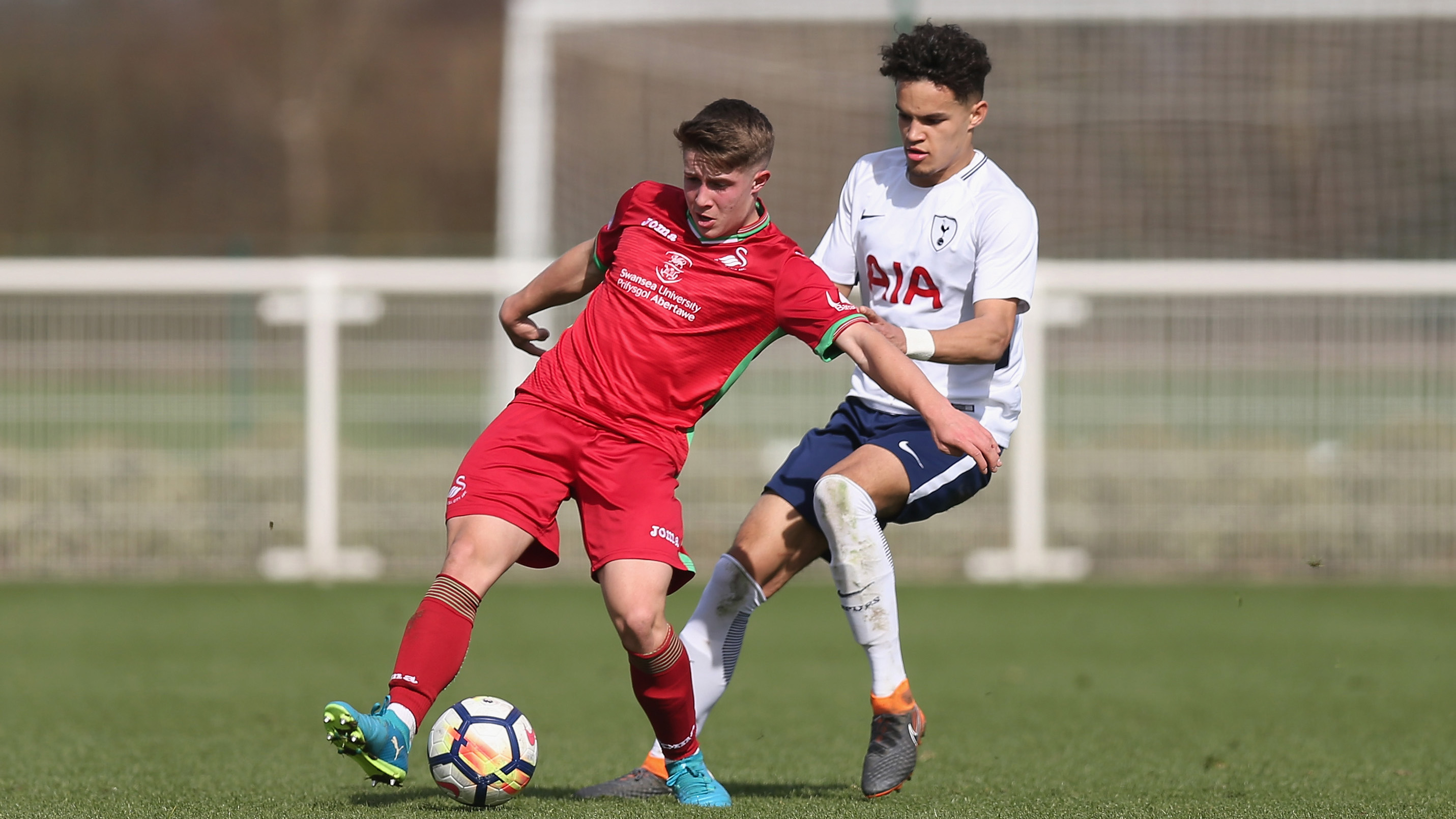 Swansea City Under-18s played out a goalless draw against Tottenham at Hotspur Way in Premier League South on Wednesday.

The young Swans defended well as Alex Lang denied Ryan Clarke and Phoenix Patterson with a fine double save, while Jamie Bowden struck the bar before Dilan Markanday missed the target.

Swansea’s best chance of the game came in the 53rd minute when substitute Jayden Reid ran onto Lang’s goal-kick but was denied by Jonathan de Bie’s reflex save.

Tottenham almost grabbed victory when Maurizio Pochettino – the son of the club’s manager – broke down the right before squaring for Troy Parrott only for Lang to save again.

The result means the academy Swans stay fourth in Premier League South. They are next in action against Southampton at Landore on Saturday, March 24 (11am).