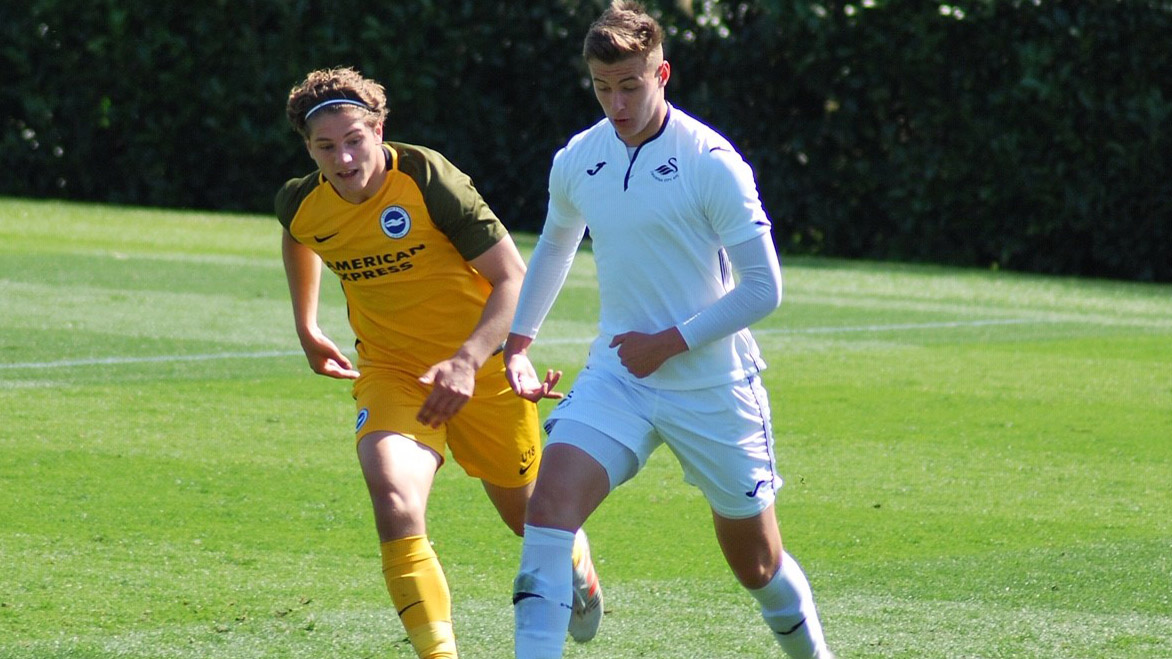 Swansea City Under-18s came up short against Brighton and Hove Albion as the Seagulls finished 2-0 victors at Landore.

The academy side had plenty of possession throughout the game but, despite creating a plethora of chances, they could not find the target on the day.

It was an uneasy start for the age-grade side as keeper Alex Rutter put through his own net within the opening moments to give the visitors a lead they would not relinquish.

The Swans recovered well to finish the half with only a one goal differential between the sides, and would have had good reason to believe they remained firmly in the contest.

However, it would be Hayden Roberts who doubled the visitors’ advantage during the second period, with Matthew Everitt providing the assist for the Seagulls youngsters.

The result keeps the Swans in 11th spot in the Premier League South standings, with Aston Villa left to play in the final league game of the year.