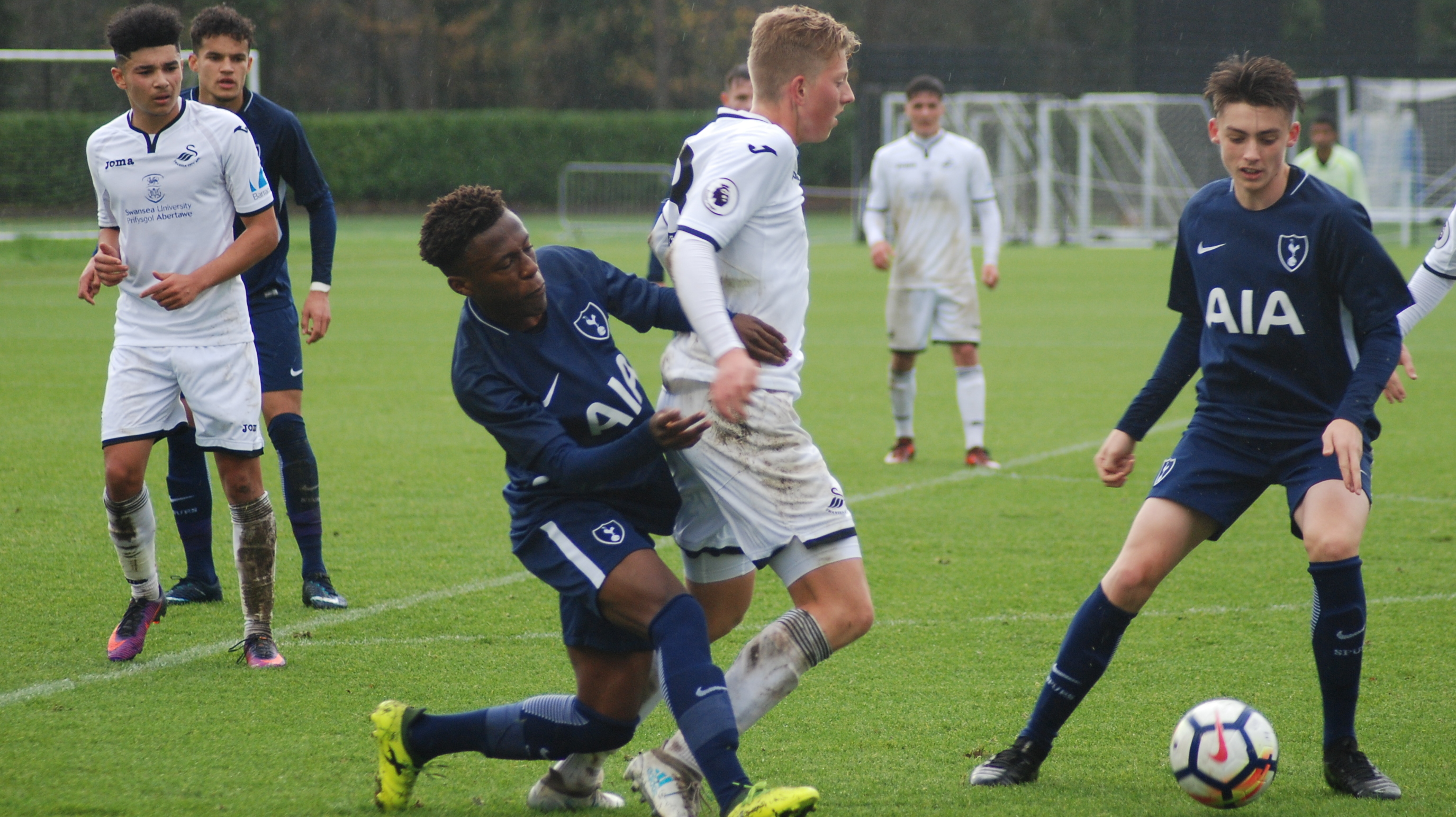 Swansea City Under-18s were beaten in a high-scoring contest in Premier League South as Tottenham Hotspur secured a 5-2 victory at Landore.

The visitors took the lead five minutes into the game as midfielder Maurizio Pochettino, son of Spurs manager Mauricio, pounced on a loose ball inside the area to score.

But Swansea were back on level terms midway through the first half when a cross from full-back Matthew Blake found striker Shaquille Wynter-Coles in the area to fire home.

The young Swans created plenty of chances throughout the game and almost took the lead minutes later when Marc Walsh headed wide before Oliver Cooper’s shot forced a fine save from Spurs keeper Jonathan de Bie.

However, Tottenham retook the lead just before the half-hour mark when a counter-attack put Reo Griffiths through on goal. Swans keeper Alex Lang saved the striker’s shot but could not stop a follow-up from Phoenix Patterson.

Spurs took advantage of the chances they created and added two more goals before the break with Griffiths on target, before a stunning free-kick from Paris Maghoma found the back of the net.

Swansea continued to create chances in the second half and pulled a goal back from the penalty spot just after the hour when substitute Jayden Reid scored his first goal for the under-18s.

The Swans almost added a third in the 72nd minute as Wynter-Coles raced down right wing before beating his marker to find Oliver Cooper, but the midfielder’s shot rolled inches wide of the post.

Chances from Kees de Boer and Blake forced further saves from de Bie in Spurs’ net, but the visitors sealed all three points in stoppage time with a second goal from Reo Griffiths.