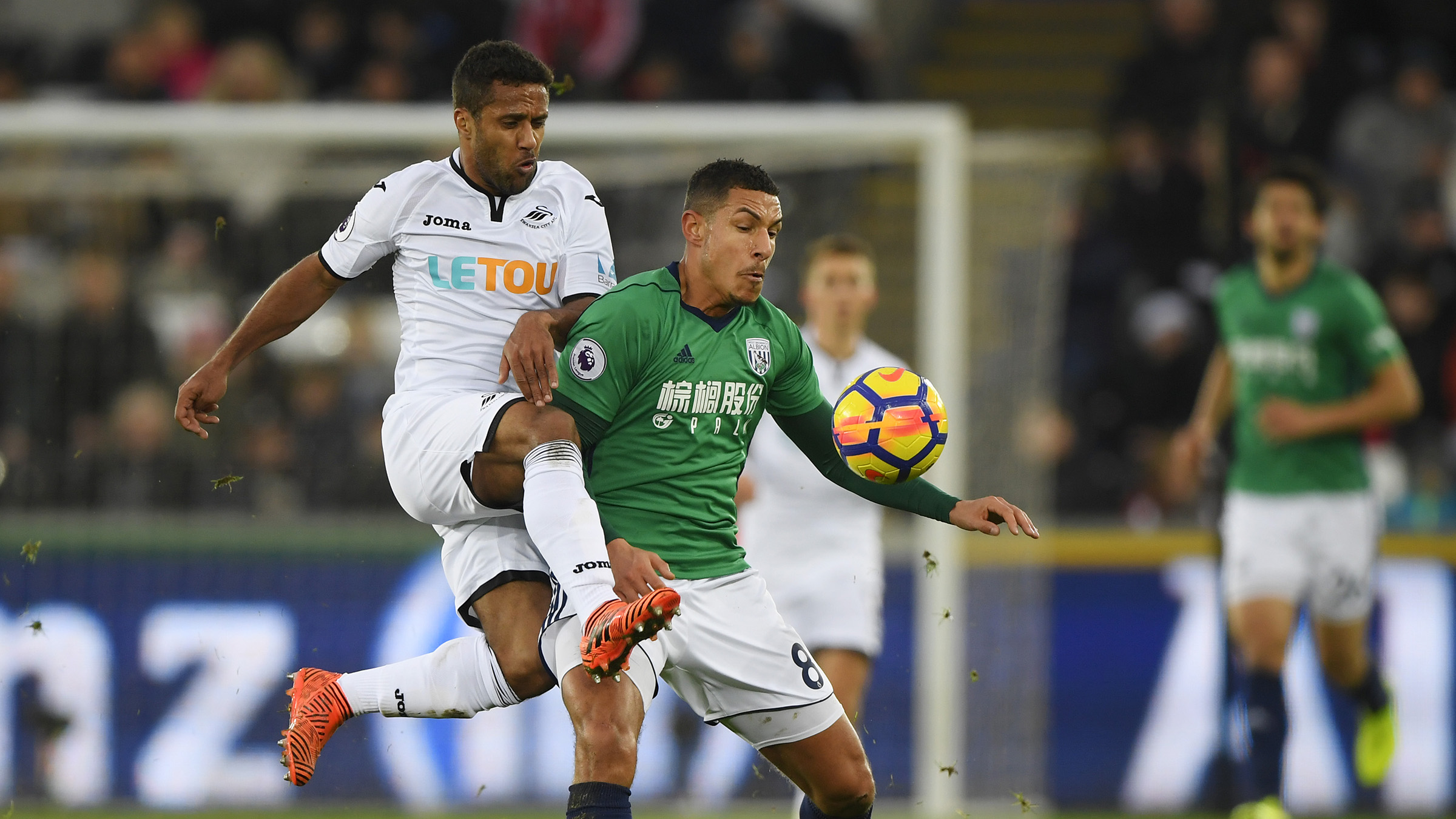 Swansea City have a doubt over the fitness of Wayne Routledge ahead of Wednesday’s clash with Manchester City.

But other than that, there are no fresh injury concerns for boss Paul Clement as he tries to plot a way past a City side who have won their last 14 Premier League games.

Federico Fernandez is back in contention for a starting role, leaving Clement with a decision to make about who to play at the back.

Routledge, meantime, is a concern after he complained of muscle tightness following the weekend win over West Brom, when he started in the league for only the second time this season.

“We will see how Wayne responds to treatment and whether he can train on Tuesday and be available for the game,” Clement said.

Fernandez missed the games against Bournemouth, Chelsea and Stoke following the death of his father before returning to the bench for the West Brom win.

He played an hour for the Swans’ under-23s last Thursday night and could now face City.

“Fede is fit and available,” added Clement. “I have to consider what I am going to do with the shape of the team and whether I decide to bring in another defender.

“If I go with a back four, I have to decide whether I want to continue with the partnership that was part of a winning team on Saturday or if I want to put Fede back in.”

Kyle Bartley is also training after a long-term injury lay-off, but is set to feature for the under-23s before being considered for a first-team comeback.