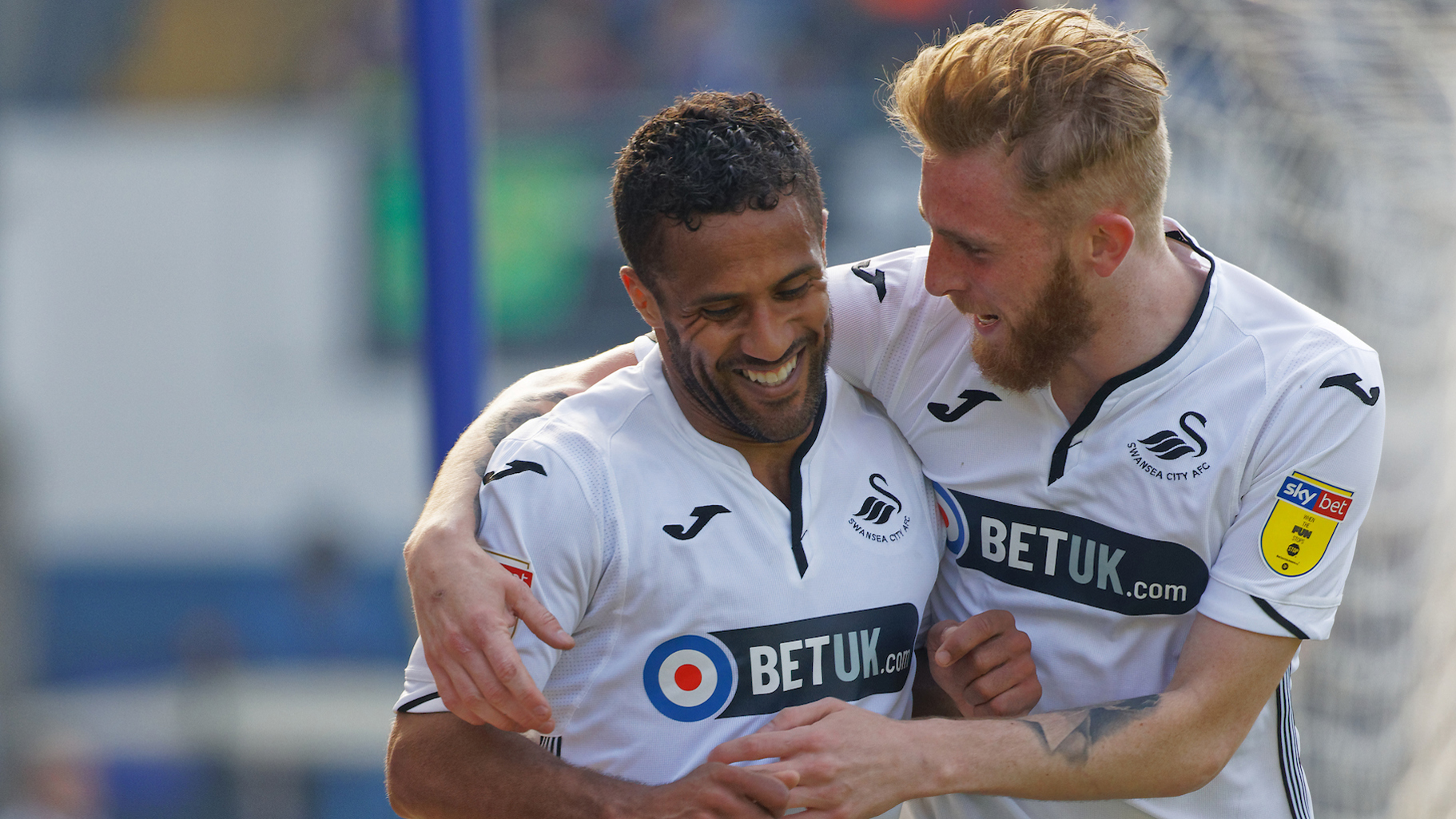 Wayne Routledge felt Swansea City showed they had learned the lessons of their “reality check” at QPR after finally ending their long wait for an away win at Ipswich on Easter Monday.

Prior to their 1-0 win at Portman Road – courtesy of Routledge turning home the rebound after Daniel James’ shot had struck the post – the Swans had last won on their travels in the Championship on New Year’s Day.

They had performed strongly in games at Norwich, West Brom and Nottingham Forest along the way, but emerged with nothing to show for their efforts.

And, last time out away from home, they were comprehensively beaten 4-0 by QPR at Loftus Road.

Winger Routledge admitted the heavy defeat in West London had been a valuable lesson for Graham Potter’s side, and felt the manner in which they have seen out wins over Rotherham and Ipswich over Easter is another step in their development.

“We’ve ground out to back-to-back wins, and hopefully we can carry on for the rest of the season,” said the matchwinner.

“We put pressure on ourselves, we are going in the right direction but that QPR game was a reality check that we are not there yet.

“The last two games we have had to do that. We had to come through eight added minutes in the last game to win, and there were six minutes here.

“So we are going in the right direction.

“We have played two difficult games in terms of what the Championship throws at you with teams offering differing challenges and wanting to scrap for everything.