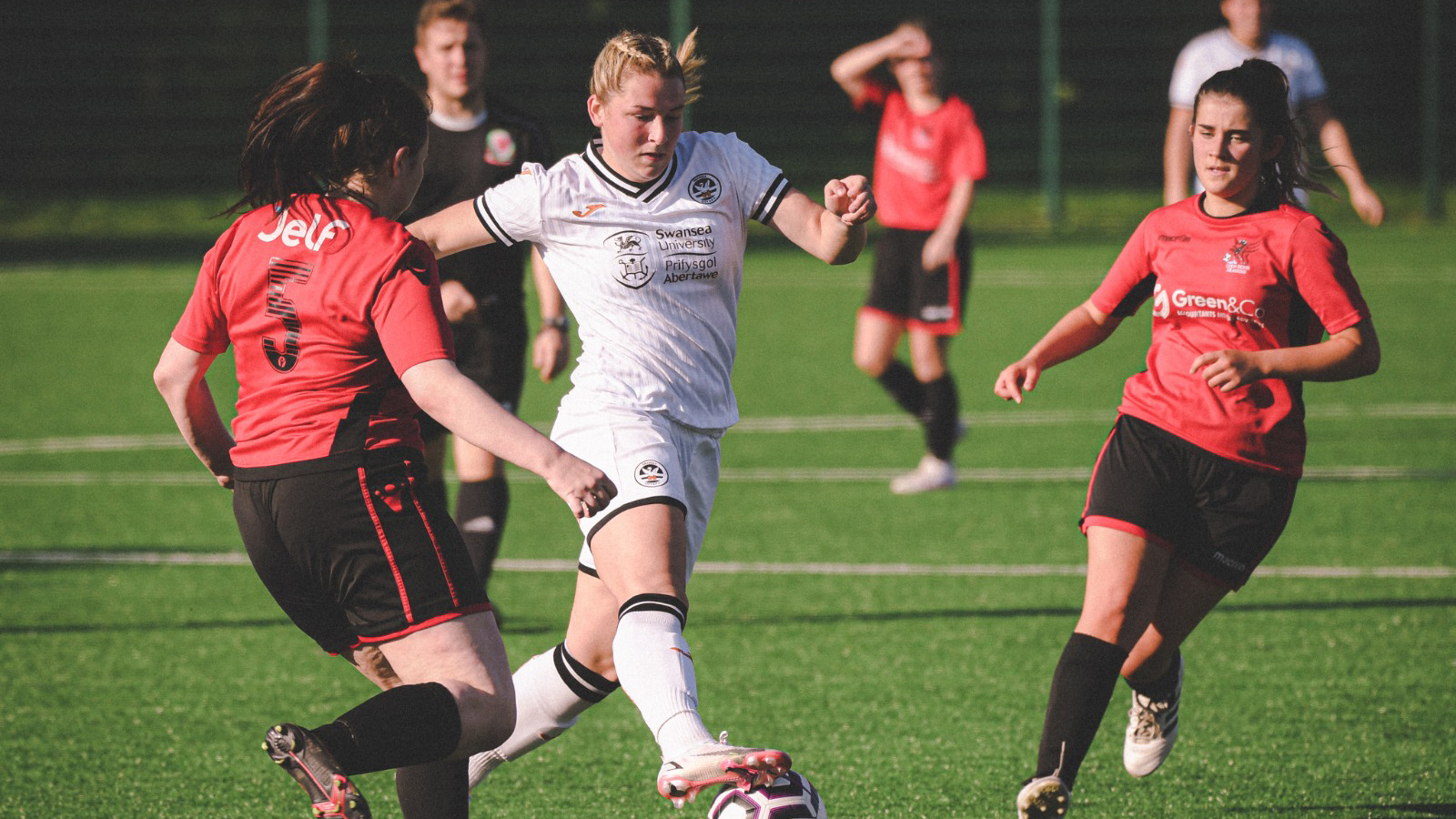 Winning by huge margin is a confidence boost, says Chivers

Chloe Chivers says that Swansea City Ladies’ 17-0 win over Coed Duon in the first round of the FAW Women’s Cup is a huge confidence boost.

The Swans put Coed Duon to the sword in Ystrad Mynach with a huge margin of victory, which saw eight different players get their name on the scoresheet.

Chivers herself bagged six of the goas to help book Swansea City’s place in the next round.

However, the striker was solely focused on praising the collective team performance after such a dominant performance.

“The team played very well. Everything we put in today is looking forward to the next game,” she said.

“I was happy to get a couple goals for myself but at the end of the day it is all about the team’s performance.

“Winning by the margin we did and getting lots of different girls on the scoresheet is a massive confidence boost for everyone.

“Obviously, everybody plays their part in the lead up to the goals. It is good for everyone.

“We need to take everything from today into training and into that (next round against Cardiff Wanderers). We want to make a massive statement."