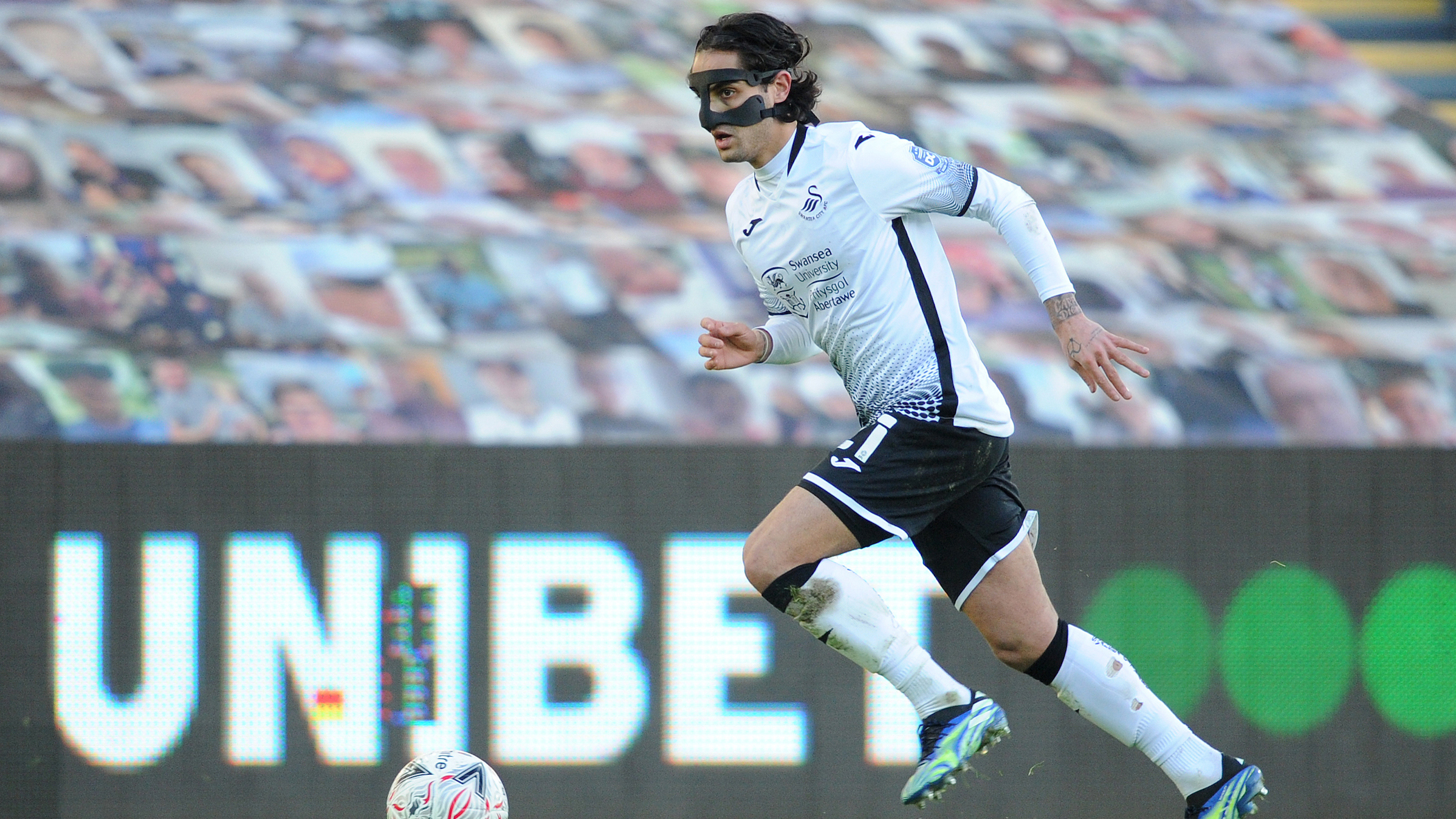 Yan Dhanda | I knew I'd broken my nose, but I didn't want to miss out

Yan Dhanda has revealed why he ended up being Swansea City’s man in the mask during the FA Cup victory over Nottingham Forest.

Dhanda was unfortunate to be on the receiving end of an accidental elbow from Joel Latibeaudiere in training on Wednesday.

But he did not want to miss out on the chance to start in the fourth-round tie, and so a local company produced a bespoke protective mask to fit the former Liverpool man’s facial features.

It made for an incongruous sight when he took to the field, but Dhanda had been keen to do whatever was necessary to allow him to play.

“It's been a bit weird obviously. Friday was the first time I tried it out and it's a bit annoying at times, but I've got to do it to protect my nose,” he said.

“We were training on Wednesday. We were doing an attacking drill and Joel accidentally caught me with his elbow.

“Straight away, I knew it was broken. It was just a matter of speaking to the medical staff and getting a mask as quickly as possible because I didn't want to miss any training or the game.

“Luckily, the medical staff here have been excellent and sorted the mask out within 48 hours, so it was ready for training on Friday and the game.

“Thankfully, I haven't missed any training and managed to play with it, which is good.

“I’m desperate to play and make the most of any opportunity, so I definitely did not want to miss anything, and I’ll keep playing while wearing the mask when I need to.”

The Swans set up a fifth-round tie with Manchester City thanks to their 5-1 win over Forest, and now face Brentford as they return to Championship action at the Liberty on Wednesday.

The sides met in the play-offs last term, and again are among the teams in the upper reaches of the Championship table.

And it’s a game Dhanda and his team-mates are relishing.

“I think the game speaks for itself, to be honest,” he said.

“The form we're in, the football we've been playing and the goals we've been scoring, we're going into the game confident.

“Conor (Hourihane) and Jordan (Morris) coming in are going to add to the squad as well. On Wednesday, we'll be ready to go and hopefully, get the three points."