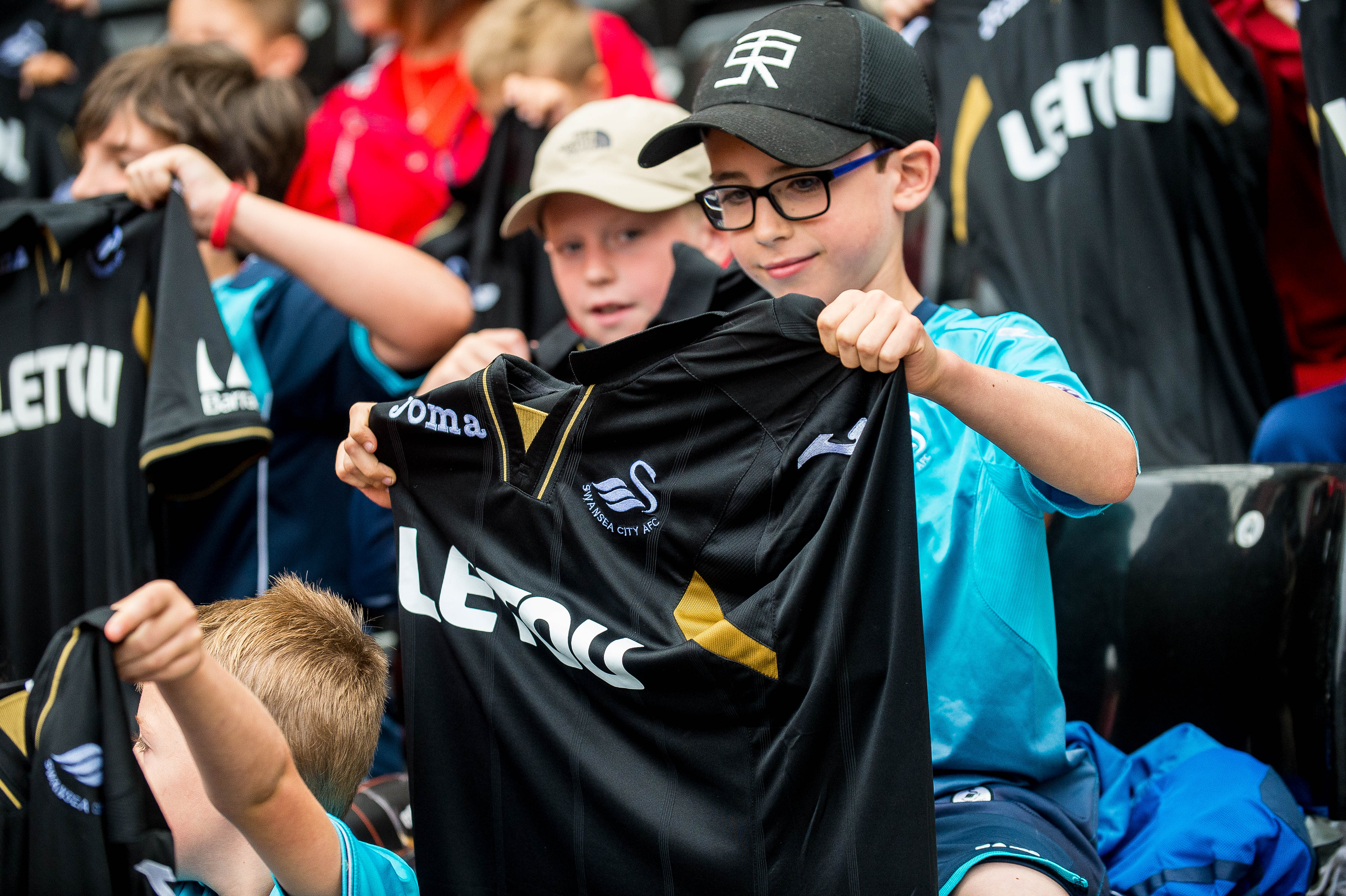 Twenty Swans fans were among the first to wear the club's new third kit after being handed the shirts worn by Paul Clement's squad in an open training session.

The youngsters were selected from the crowd during the session held at the Liberty Stadium on Wednesday.

Aging from three to 40 years old, the fans were given the players' jerseys after they were put through a rigorous training session.

They were all celebrating birthdays and mum Lisa Nott was thrilled to receive one of the new third kit jerseys after turning forty the day before.

The twenty fans who received the shirts were: