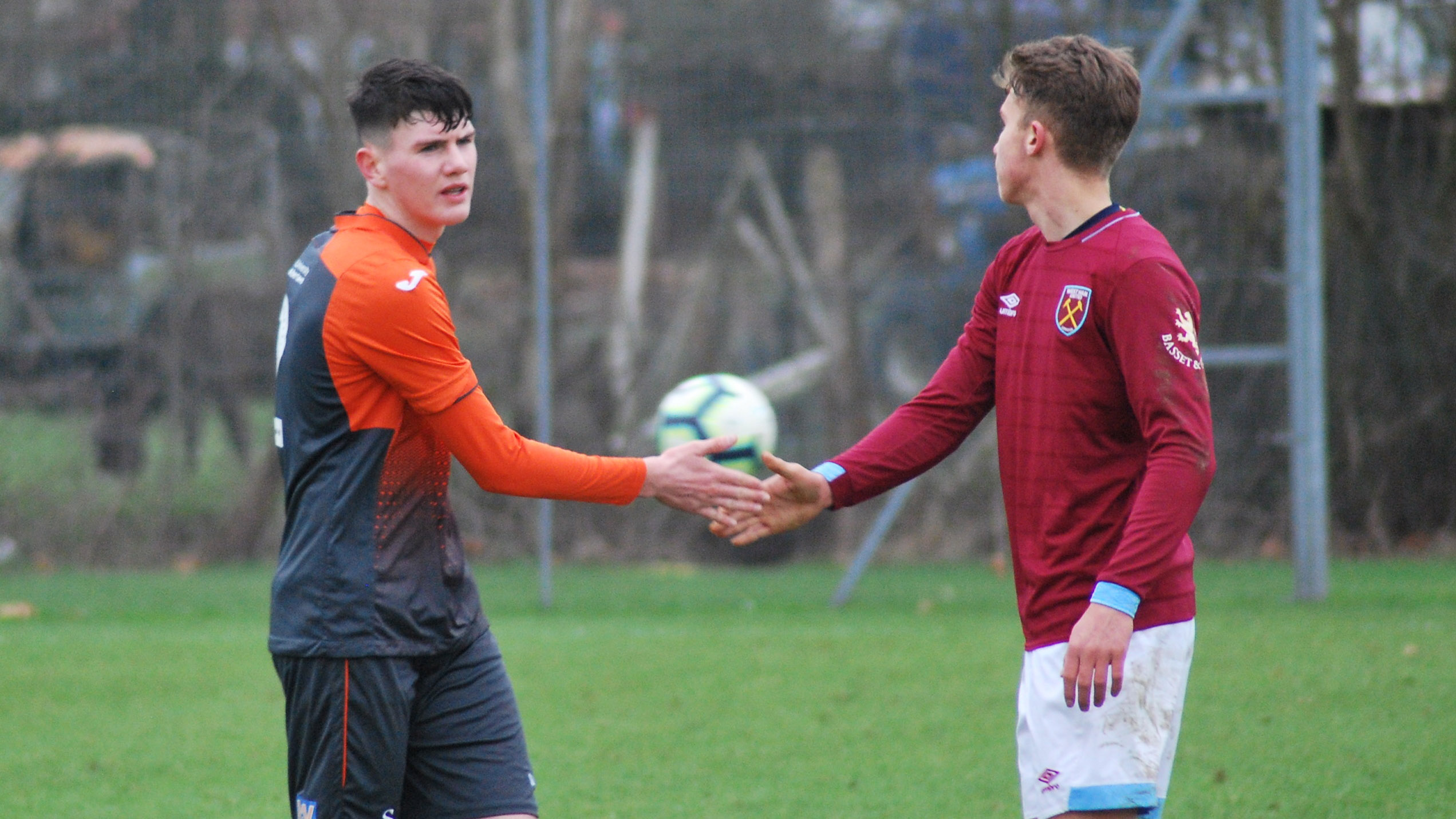 Swansea City Under-18s fell to a 2-0 defeat against West Ham in the Premier League South at the Little Heath Sports Ground on Saturday.

The young Swans found themselves a goal down inside 20 minutes, with West Ham forward Emmanuel Longelo latching onto a pass from Jake Giddings before firing past Swans’ goalkeeper Scott Reed.

The Swans’ looked to catch West Ham on the counter as the young Hammers pushed to double their lead but couldn’t find a way past the home defence.

Coaches Jon Grey and Anthony Wright made some changes in the second-half as the visitors sought an equaliser, but it was the home side who scored the crucial second goal when Vernon Parkes found the net 11 minutes from time.

The young Swans’ are next in action on Saturday, February 2nd (1pm) when they will look to bounce back against Leicester City at Landore.