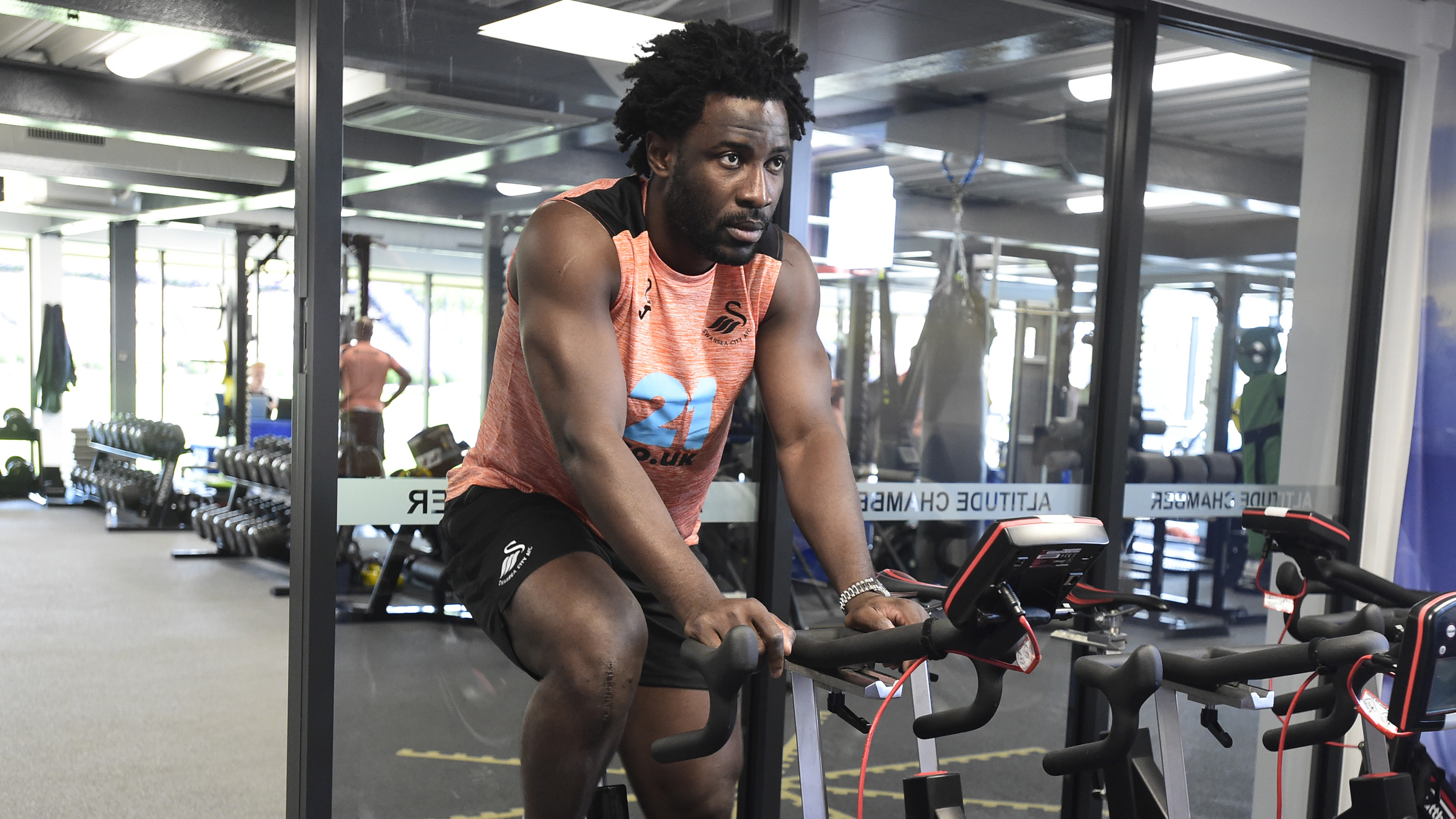 Wilfried Bony is edging closer to a return to full training as he continues his recovery from a serious knee injury.

The Swansea City striker has not played since suffering a ruptured cruciate ligament at Leicester in early February.

But boss Graham Potter says Bony, who congratulated his Swans team-mates on the Liberty pitch after last weekend’s win over Preston, is coming along well as he battles back to fitness

“He is working really hard and is not far away from joining the group in training on the pitch.

“I know what type of player he is and what he offers. He is a great character to have around, encouraging the boys at half-time and full time.”

The Swans have said goodbye to a number of senior players since relegation from the Premier League, and there has been speculation that Bony could be a target for rival clubs.

When asked about Bony’s future, Potter added: “It’s always nice to have someone like him around, but at the same time we know the situation with restructuring and rebuilding the squad and he is aware of that too.

“I would like to have him around because he is a good guy and a good player, but there is another picture. We will have to see what happens.”