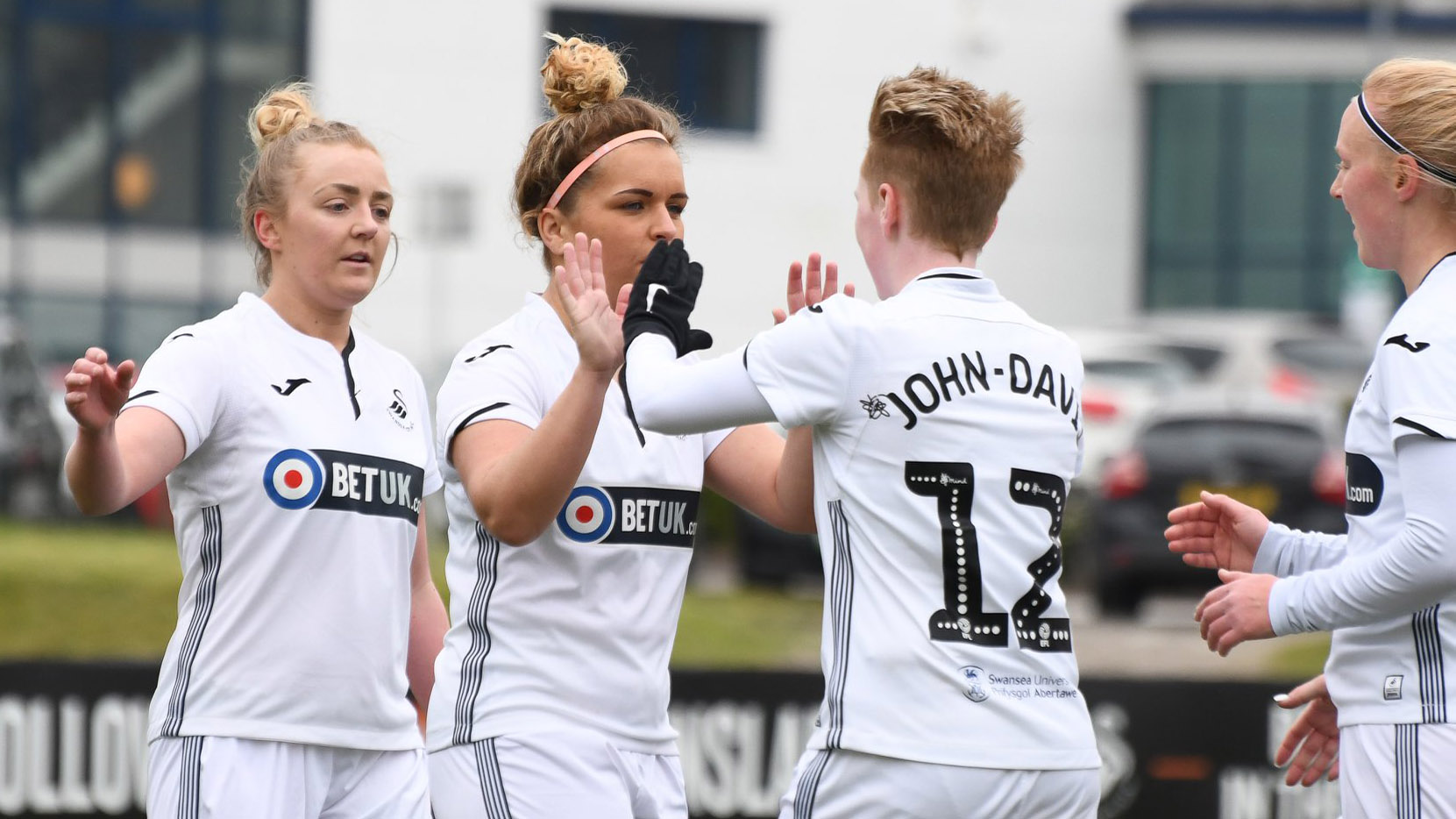 Swansea City Ladies responded to their cup disappointment by thrashing Briton Ferry 7-0 to boost their chances of finishing second in the Welsh Premier Women's League.

Having lost to Cardiff Met in the Welsh Premier Women's League Cup final, Ian Owen's side rebounded in emphatic fashion at Llandarcy.

Stacey John-Davis led the way with a hat-trick while there was a brace for Emma Beynon, along with goals from Nieve Jenkins and Jodie Passmore in a comfortable victory.

The Swans were clinical from the outset as John-Davis opened the scoring in the fourth minute after Passmore unselfishly squared the ball to the winger.

Just two minutes later and the hosts had doubled their lead. Sarah Adams found John-Davis in the area and she made no mistake in tapping home.

John-Davis went on to complete her hat trick inside 22 minutes, keeping a cool head in a one-on-one situation up against the Briton Ferry keeper to place it into the back of the net.

Soon after, Jenkins scored her first goal of the season and Swansea’s fourth of the afternoon by heading in Katy Hosford’s corner at the back post.

On the half-hour mark, some lovely link play between Sophie Hancocks and John-Davis created a great opportunity to add another, which was gratefully finished off by Passmore.

Beynon then tucked away her first of the game from the edge of the box to give the Swans an unassailable 6-0 lead at the interval.

The hosts had been absolutely ruthless, and they were not able to be quite as clinical after the break.

Not that it caused them any issues as Beynon completed the scoring with 20 minutes left, finishing after Ellie Lake had seen her shot saved.

And manager Owen was delighted to see his side bounce back with such an excellent display.

“The team bounced back from the cup final defeat with a great performance,” he said.

“We played some fantastic football and the finishing was first class.”

The Swans currently sit third in the table, two points behind Cardiff City. However, they have a game in hand on their rivals.

The Swans Ladies are next in action this coming Sunday, April 21, as they welcome Cyncoed to Llandarcy, with kick-off at 2pm.