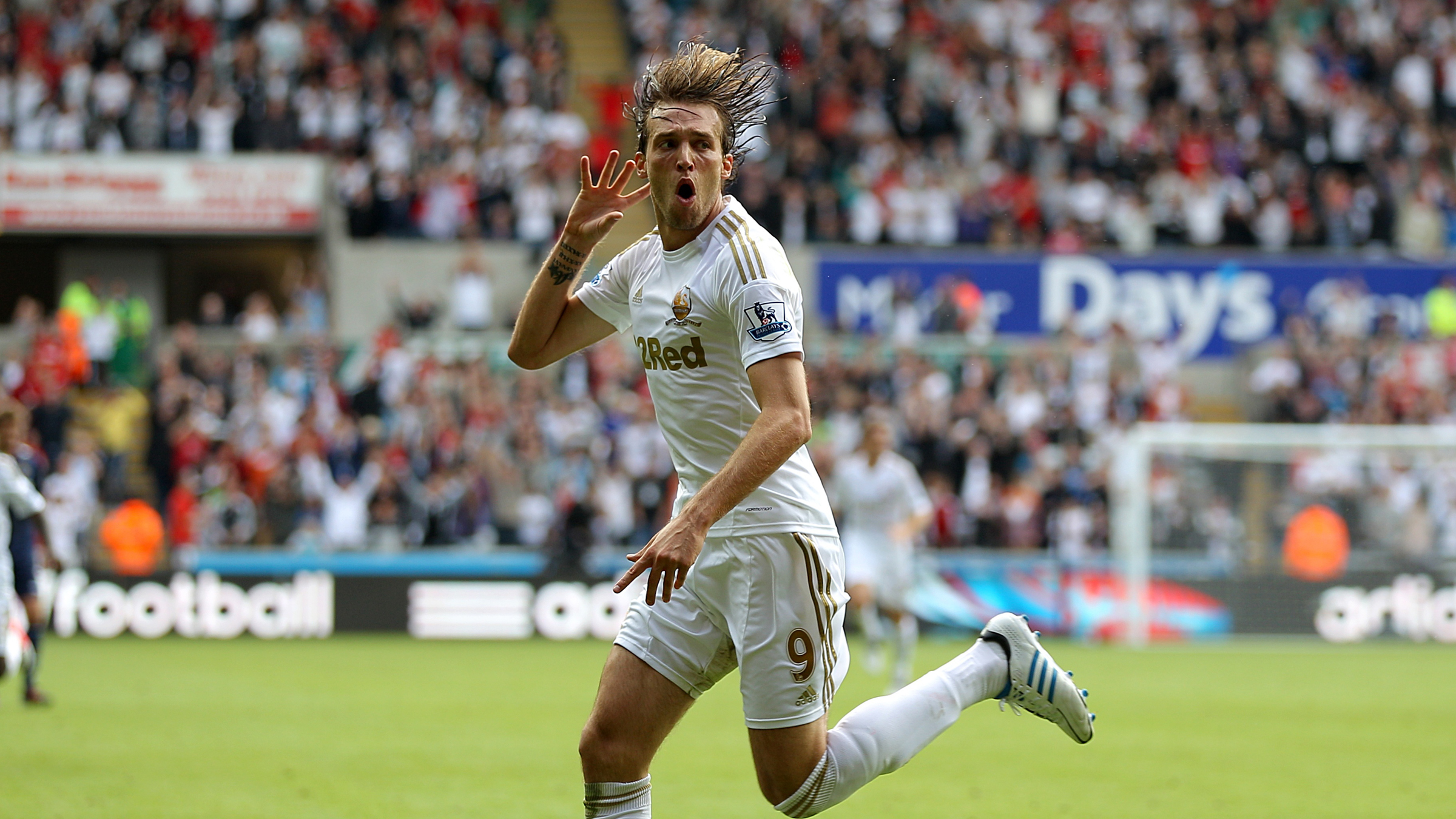 As the Swans get set to face Arsenal at the Emirates Stadium this weekend, we look back at some previous encounters between the clubs.

Here we bring you some past meetings from the First Division and the Premier League.

The Swans dented Arsenal’s hopes of winning their first Premier League title in 12 years as they came from behind to secure three points at the Emirates Stadium.

Joel Campbell gave the Gunners an early lead as they pushed to pip leaders Leicester to the title.

The Swans – who were led by Alan Curtis as Francisco Guidolin missed the game through illness – levelled through Wayne Routledge shortly after the half-hour mark.

Skipper Ashley Williams sealed the victory in the 74th minute when he turned in the winner.

Michu netted two late goals to clinch one of the Swans’ finest ever wins.

The Swans’ victory left Arsenal 10th in the Premier League table as their worst start to a season under manager Arsene Wenger continued.

Michu fired home with a curling effort in the 88th minute following a fine passing move with substitute Luke Moore.

The Swans finished in ninth position at the end of the 2012-13 season on 46 points and won the League Cup thanks to a 5-0 victory over Bradford City at Wembley.

The Swans extended their unbeaten run in the First Division to six matches with a 2-0 victory at Highbury thanks to a goal from new signing Ray Kennedy in the 17th minute and a 65th-minute penalty from club legend Robbie James.

Kennedy’s goal was his second in six matches after he made the switch from Liverpool for £160,000.

James, who started every match of the Swans’ 1981-82 campaign, netted from the spot to secure the points for John Toshack’s Swans.

The Swans finished in sixth position in the First Division in 1981-82 on 69 points.