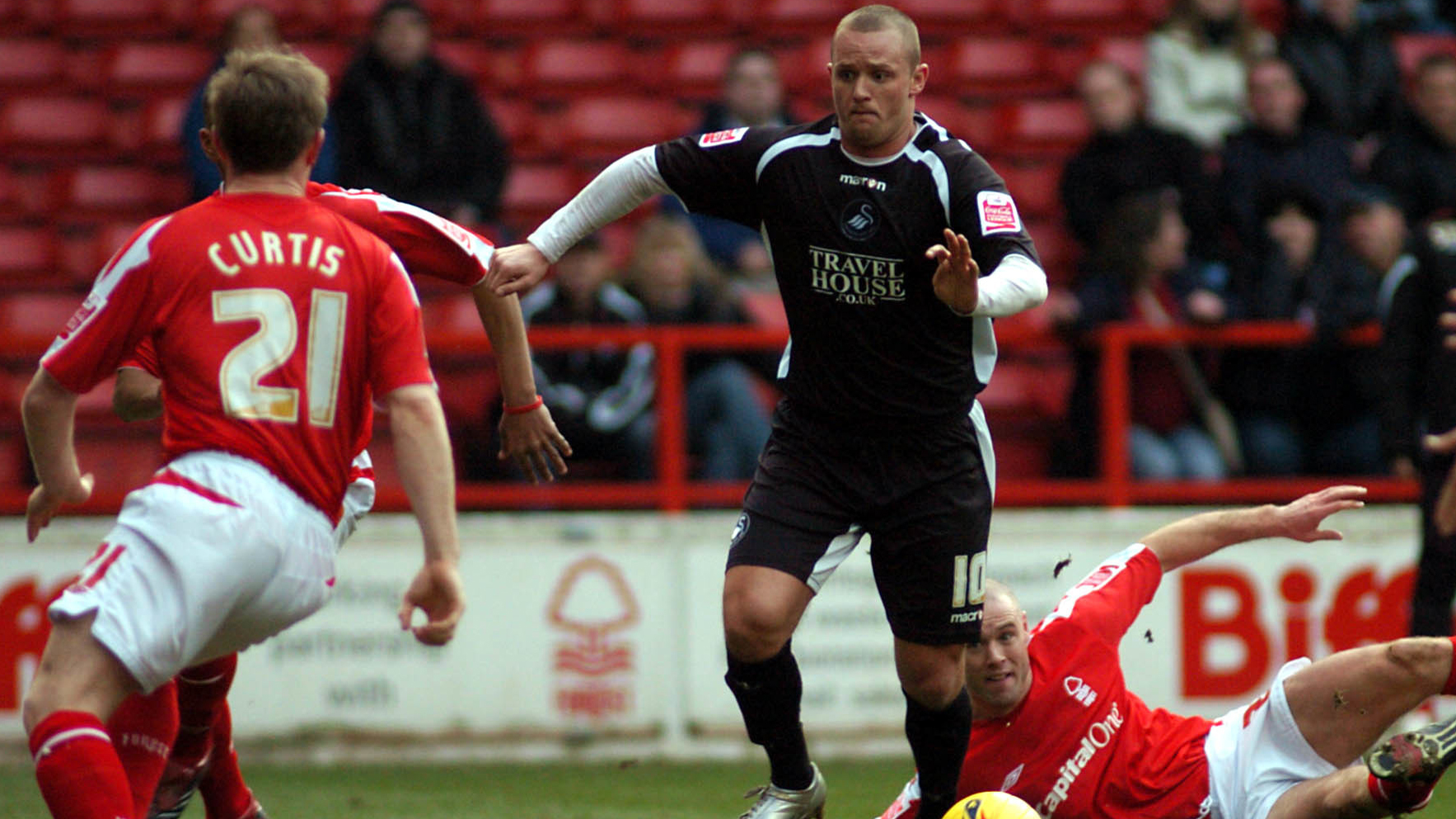 As Swansea City travel to the City Ground this Saturday (3pm), we take a look at some past match-ups against Nottingham Forest.

Here, we remember games from League One, as well as the old First and Second Divisions.

Lee Trundle’s second-half winner and Adrian Forbes strike in the first period meant that the Swans recorded a comeback victory over Forest back in 2006.

Forest had edged ahead when Nathan Tyson smashed home from 1 yards out, but their lead only lasted three minutes when Forbes lobbed Paul Gerrard after meeting Roberto Martinez’s pass to bring the scores level.

Trundle went on to curl a superb strike past Gerrard to record his 18th goal of the season and put the Swans ahead.

Forced into three substitutions during the game through injuries, the visitors held on for all three points after a reorganised centre back pairing of Sam Ricketts and Alan Tate defended heroically in the final moments.

The Swans would go on to post a sixth-place finish, just one place and two points above Forest. Despite their play-off participation, the Swans would ultimately fall short at the hands of Barnsley on penalties in the final.

A brace from Robbie James meant that the Swans continued to heap misery on Nottingham Forest at their home ground, where they had failed to win since February in 1982.

Poor results meant Forest had their lowest league gate of the season since their promotion in 1977, and Swansea capitalised on their opposition's poor home form to record a two-goal victory at the City ground.

Lacklustre marking from a corner two minutes in meant that James could open the scoring for the visitors, whilst his second later in the came via a superb solo effort from the halfway line to secure the points.

The Swans would go on to record a sixth-place finish in the First Division that season under manager John Toshack, whilst Forest would place 12th.

A 10-goal thriller at the City Ground entertained a crowd of just over 18,000 people back in 1952, and despite twice holding the lead, too many mistakes in defence meant the Swans fell to defeat.

Goals from William Henry Lucas, Cyril Beech, James Henry Griffiths and Ivor Allchurch were not enough on the day to take home the spoils.

Swansea would go on to finish 11th during that campaign, only two points but four places behind Forest.

A Henry Deacon double meant that the Swans grabbed the victory at the City Ground back in 1926, with a goal either side of the interval enough to seal the deal.

With Forest having numerous injuries to their front line they were heavily disadvantaged, with Swans keeper John Denoon rarely troubled in between the sticks.

It was not the case for his opposite number however, with Len Langford overworked in Forest’s goal, and the result was a convincing win for the Swans.

Swansea would have a strong campaign and finish fifth in the second tier under the guidance of Joe Bradshaw.