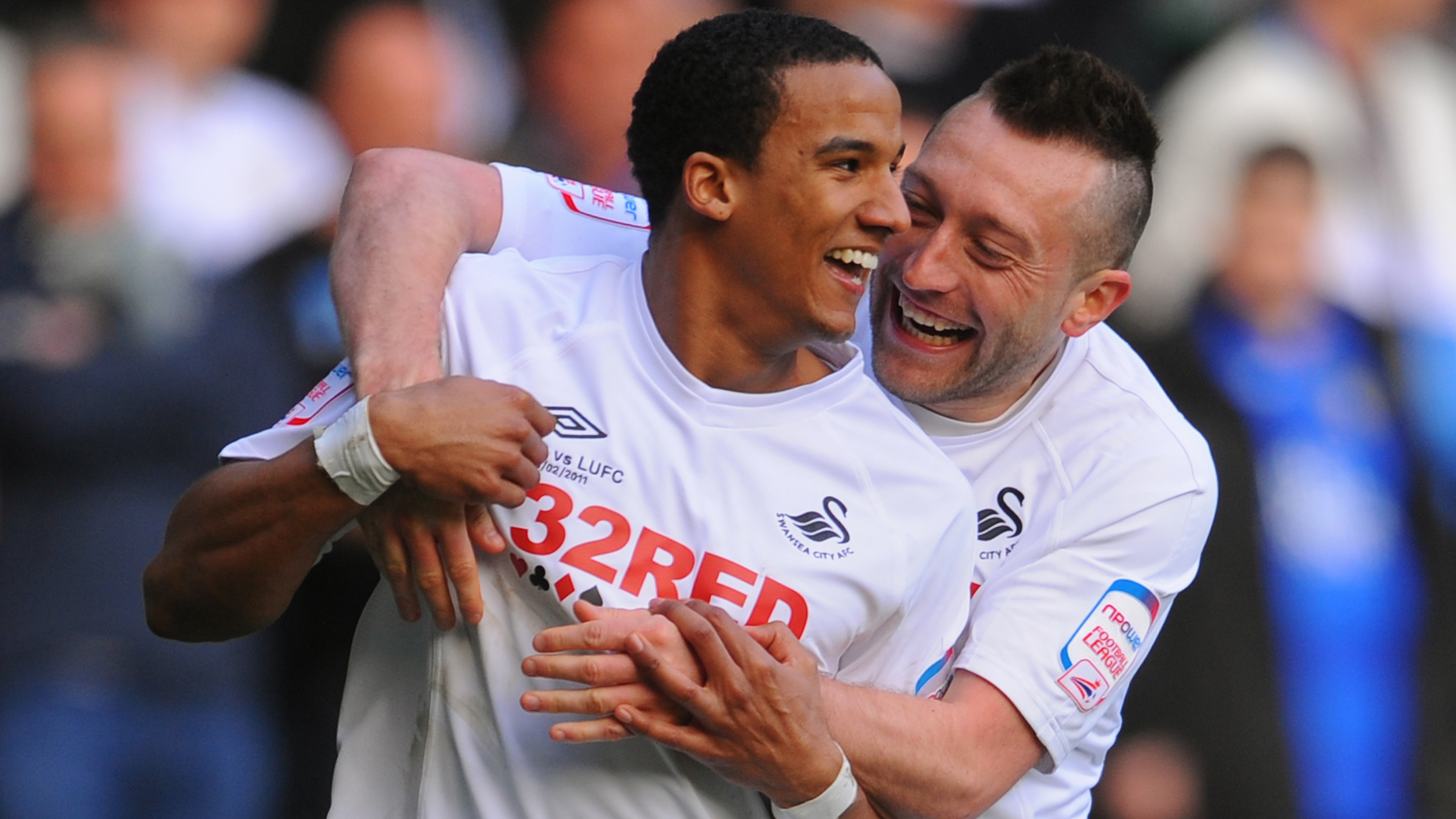 With the Swans heading to the Madejski Stadium to face Reading in the third round of the Carabao Cup on Tuesday, we look at back at some previous encounters between the clubs.

Here, we bring you some Championship meetings along with a Division Four showdown from the 1970s.

Scott Sinclair’s first-half strike moved the Swans into the top six after a first victory at Reading for 25 years.

The hosts dominated the early stages of the contest with Shane Long heading over from close range, while Jobi McAnuff saw a vicious free-kick beaten away by Dorus de Vries.

Facing his former club, Swans boss Brendan Rodgers was also forced into making an early substitution as Mark Gower limped off injured after just 20 minutes to be replaced by David Cotterill.

Nevertheless, Cotterill made a swift impact as the visitors took the lead against the run of play. The winger showed great vision with a precise pass to pick out Sinclair, who rounded Adam Federici before slotting into the empty net.

The Swans went in search of a second after the break with Nathan Dyer rattling the crossbar, while Stephen Dobbie drew a smart save out of Federici.

However, Sinclair’s ninth goal in 10 games was enough for the visitors to claim a second away win of the season.

The Swans ended a run of five straight league defeats at the Madejski by claiming a hard-earned point during the festive period.

Fresh off the back of a 2-0 win at Sheffield Wednesday seven days previously, Paulo Sousa’s men made a strong start as Nathan Dyer and Andrea Orlandi drew good saves out of Adam Federici.

However, the Swans’ persistence eventually paid off with Orlandi feeding Darren Pratley, who broke the deadlock with his third goal in two games.

The lead lasted just nine minutes, though, as future Swans player Gylfi Sigurdsson levelled the score after brilliantly curling a 25-yard free-kick into the bottom corner beyond the dive of Dorus de Vries.

Both sides had chances after the break with Sigurdsson and Grzegorz Rasiak firing off target for the hosts, while Gorka Pintado saw a header well-saved for the Swans.

Lee Trundle also had a goal ruled out for the offside as the visitors pushed for a winner but, in the end, they were forced to settle for a share of the spoils.

The Swans edged closer to promotion into the third division with a commanding 4-1 victory over the Royals.

Under the guidance of player-manager John Toshack, the visitors went into this showdown off the back of a 3-1 home win against Stockport County the previous week.

And they built on that momentum with Robbie James netting twice from the penalty spot – taking his tally to three goals in two games – while top scorer Alan Curtis was on target for the third match running and left-back Steve Morris completed the rout.

It was the second during a run of six straight wins for the Swans, who went on to seal what would be a first of three promotions in the space of four years.