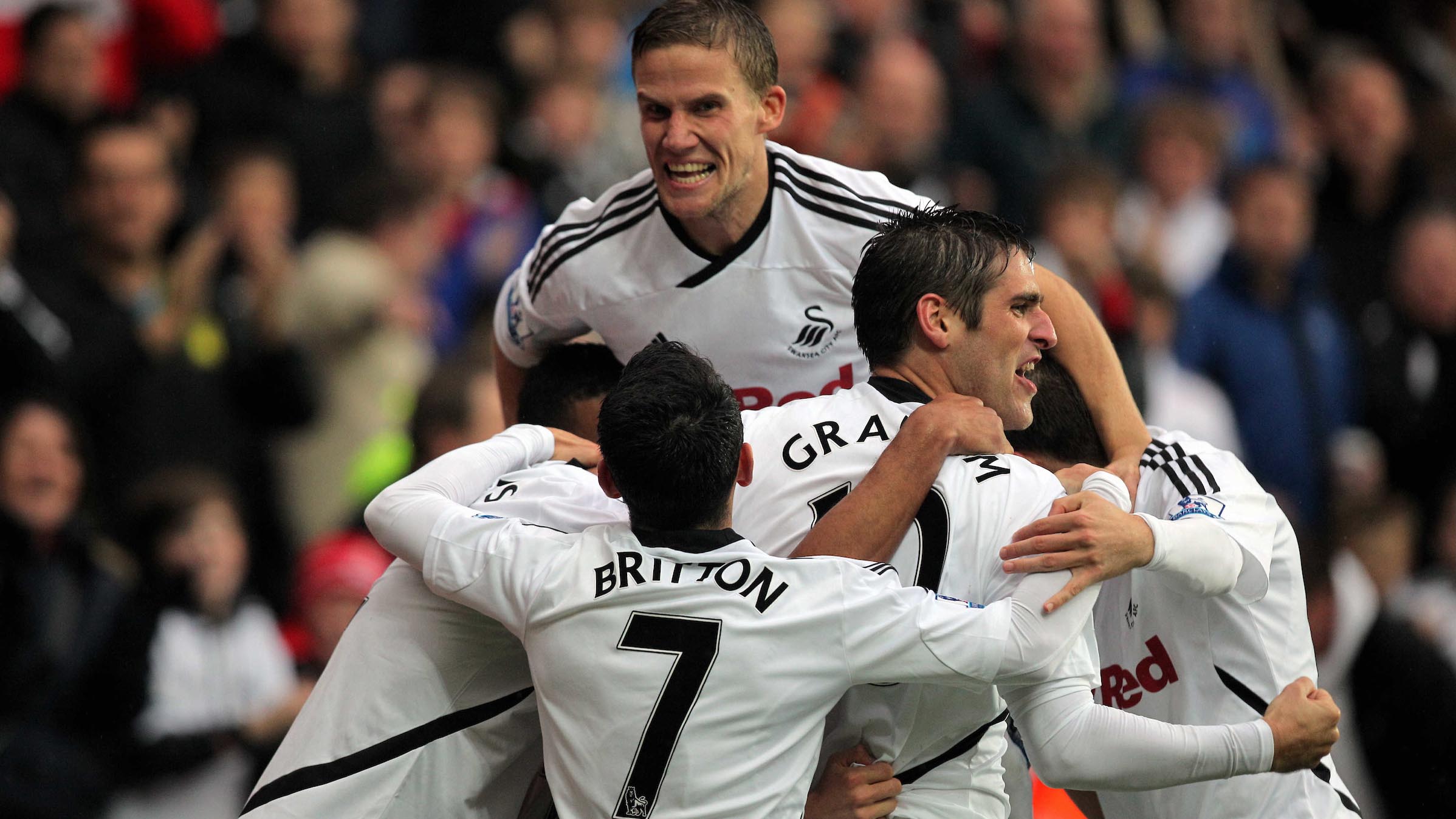 As Swansea City prepare to host Bolton in the Championship on Saturday (3pm), we look at some past meetings with the Trotters.

As Swansea City prepare to host Bolton in the Championship on Saturday (3pm), we look at some past meetings with the Trotters.

Here, we recall games in the Premier League and the old Second and Third Divisions

Swansea’s fine start to life in the Premier League continued as they extended their unbeaten home record against 10-man Bolton.

The first half ended goalless, but the visitors then lost Ricardo Gardner to a second yellow card and almost immediately conceded the opener.

Joe Allen was given time to carry the ball forward and then fired an effort into the bottom corner.

A Danny Graham own goal gave the visitors a lifeline, but the striker made amends as he completed the scoring in the final minute.

After losing their opening league fixture at Stockport, the Swans made a nightmare start at the Vetch as a Dave Reeves header gave Bolton the lead in just the second minute.

The the Swans battled back into the game and were level when Terry Connor netted in the 35th minute, but they really should have gone on to win it.

After Wanderers had midfielder Steve Thompson sent off for a foul on Steve Jenkins, Connor was denied from the spot by Bolton keeper Kevin Rose.

Leighton James scored his second hat-trick of the season as John Toshack’s high-flying Swans eased to victory against a Bolton side battling the drop.

Wales winger James opened the scoring from the spot after just 16 minutes, and kept his nerve to convert a second spot-kick just before the hour mark.

James went on to seal his treble with an accomplished finish 22 minutes from time, although it was 18-year-old Dudley Lewis who received high praise from Toshack post-match in the wake of his excellent defensive display.

The Swans picked up just their fourth win over the campaign as manager Trevor Morris saw his side dominate against a Bolton team who would go on to be promoted at the season’s end.

Wanderers barely ventured out of their own half such was the pressure the hosts put them under.

And it told as striker George Kirby headed Swansea into the lead from a free-kick just before the break, before Keith Todd added the clinching second on the hour.

Tickets for the Bolton game are available – get yours HERE or call the ticket office on 01792 616400. Watch the game in style in our 1912 Heritage lounge – contact our dedicated hospitality team on 01792 616628 or on hospitality@swanseacity.com. Travel with Zeelo to get picked up near your home/pub and dropped off right outside the Liberty and returned back after the game. Book your coach HERE.