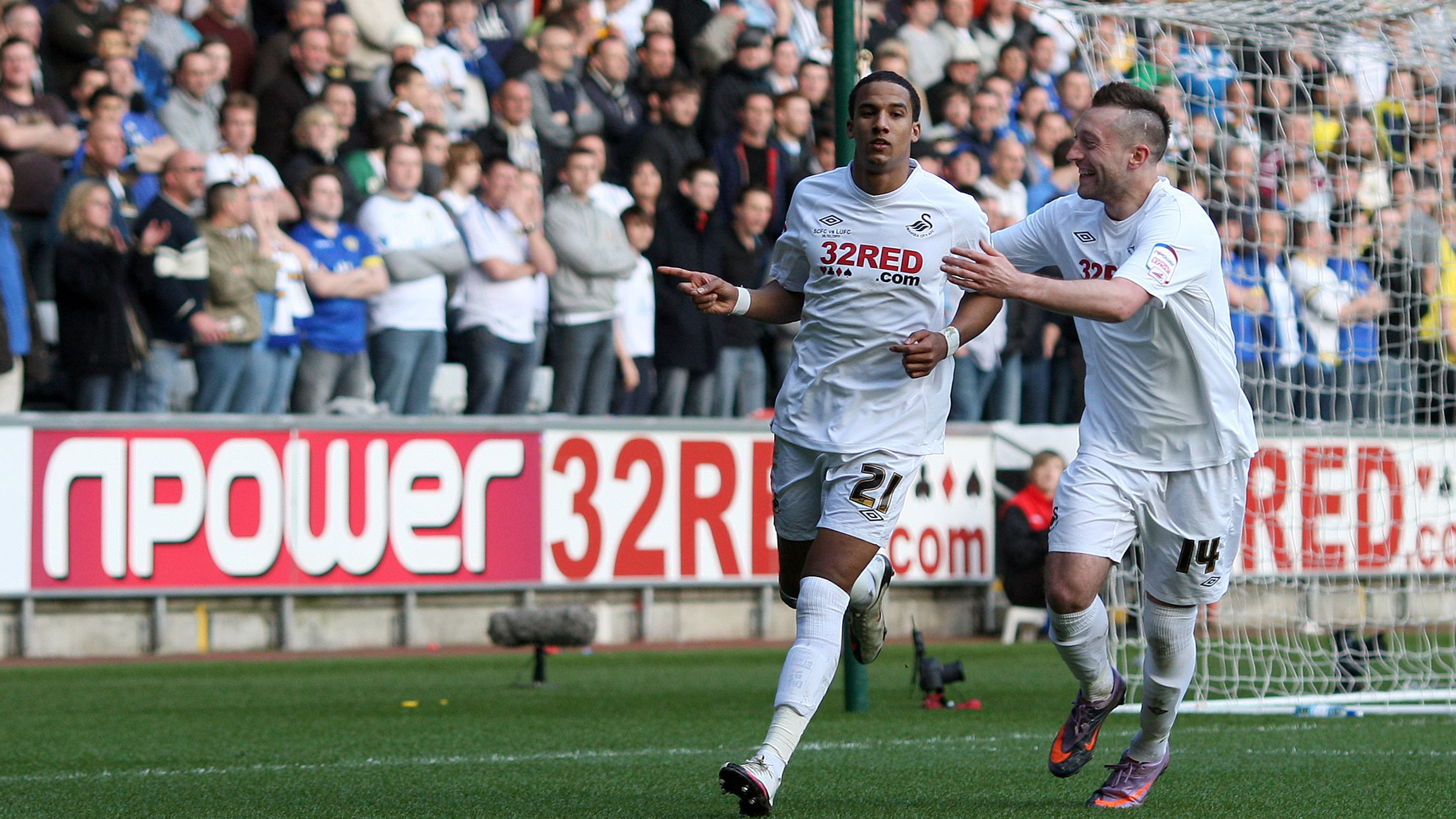 ​​​​​​​As the Swans get set to face Leeds United on Tuesday, we take a look back at some previous encounters between the clubs.

Here we recall matches in the Championship, League One and the old Division One.

The Swans’ most recent meeting with Leeds was at the Liberty seven years ago, and the home side were resounding victors.

Brendan Rodgers’s team were chasing promotion to the top flight and they dismantled Simon Grayson’s Leeds in clinical fashion.

Scott Sinclair put the hosts in front after latching on to Luke Moore’s backheel in the 13th minute.

The winger claimed his second from the penalty spot after Nathan Dyer, who was making his 100th Swans appearance, was brought down by Max Gradel.

Moore than wrapped up the point 18 minutes from the end after a sweet pass from Stephen Dobbie.

The Swans won a classic League One encounter with Leeds despite having star man Ferrie Bodde sent off.

Roberto Martinez’s men were flying high at the top of the table and had won five successive home games going into this festive clash.

But Dennis Wise’s Leeds side were also in the hunt to go up and were formidable opponents.

The Swans went ahead early on thanks to Andy Robinson’s free-kick, but Leeds levelled thanks to a fine Jermaine Beckford goal.

Garry Monk then put the Swans back ahead with a header before Bodde was dismissed for a rash tackle on Jonny Howson.

The 10 men went further ahead just before half-time through Jason Scotland and, despite Alan Thompson’s free-kick right at the start of the second period, the Swans held on for a thrilling victory.

Even those Swans fans who are too young to have been there will not need to be told too much about this memorable contest.

Leeds were the opponents in the Swans’ first ever top-flight game, and they were ripped apart in the August sunshine at Vetch Field.

Jeremy Charles put the hosts in front early on only for Derek Parlane to make it 1-1 at the break.

But the Swans took the game away from Leeds as Bob Latchford scored a nine-minute hat-trick right at the start of the second half.

Alan Curtis, who had rejoined the Swans after an unhappy spell at Leeds, rounded off the win with a brilliant individual goal 20 minutes from the end.