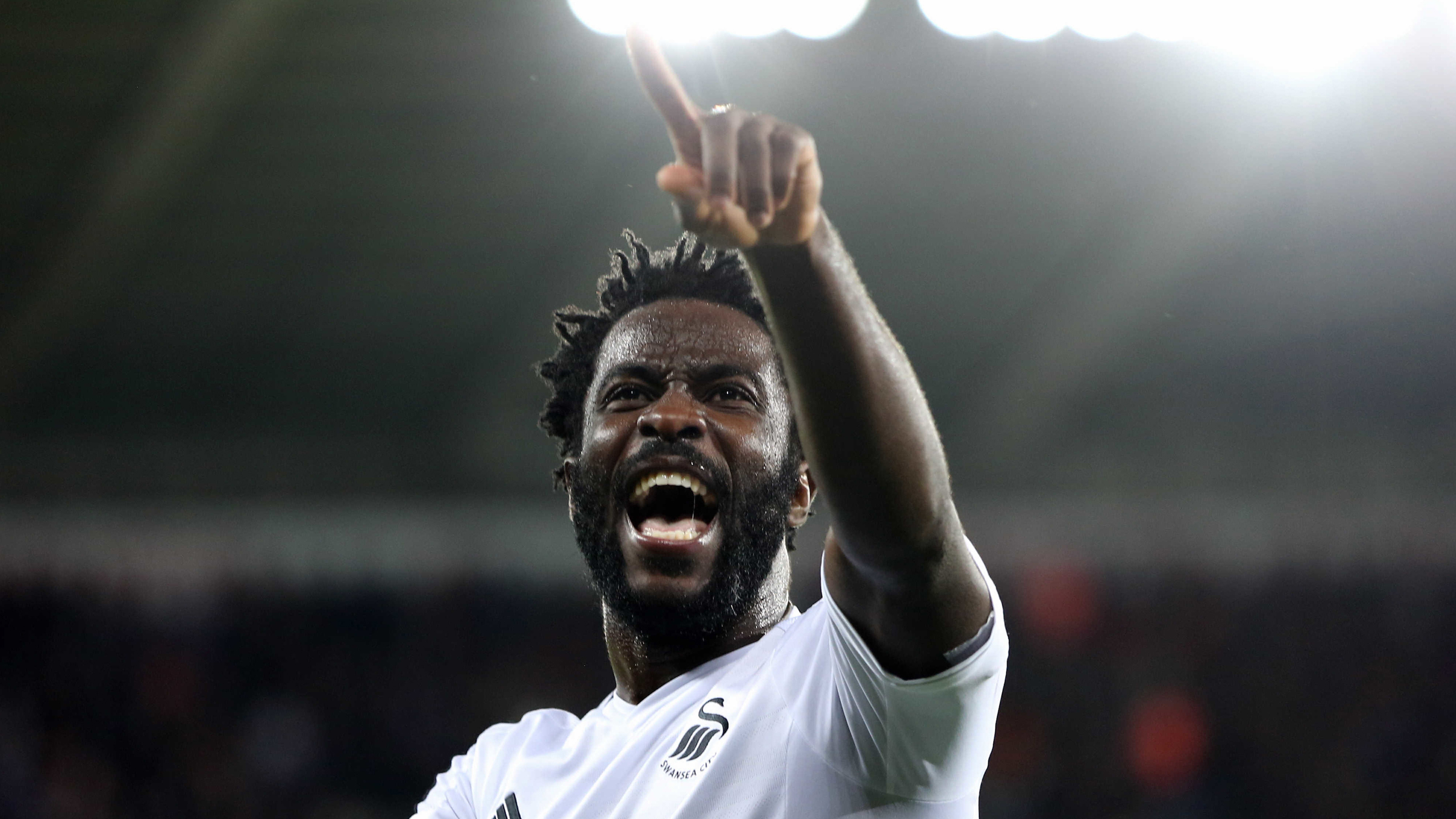 With the Swans welcoming Leicester City to the Liberty on Saturday, we look back at some previous encounters between the clubs.

Here, we bring you some past meetings from the Premier League, the Championship and Division Two.

A Wilfried Bony brace secured a 2-0 win for the Swans to end a five-match winless Premier League run for Garry Monk’s side.

The Ivorian slotted home past Leicester’s Kasper Schmeichel following a superb passing move with Gylfi Sigurdsson to put the home side ahead in the 34th minute.

Bony netted his second in the 57th minute following a Jefferson Montero assist to score his fourth goal for the club in three league matches.

At the end of the 2014/15 season, the Swans finished in eighth position - their highest ever Premier League finish.

Marvin Emnes made an instant impression at Swansea City as he scored on his debut in a comfortable home win over the Foxes.

The Dutch forward pounced onto the end of a Darren Pratley pass to put the Swans ahead in the 50th minute.

Swansea’s top-scorer of the 2010/11 season, Scott Sinclair, found the net with his tenth goal of the campaign in added time to secure the win.

The win for Brendan Rodgers’ side marked Sven Goran-Eriksson’s first defeat as manager of the Foxes.

The 2010/11 season ended with the Swans being promoted to the Premier League after they won the Championship Play-Off final against Reading at Wembley Stadium.

Swansea Town defeated Leicester City 6-1 at the Vetch Field thanks to a Terry Medwin hat-trick, a Harry Griffiths brace and a goal from Len Allchurch.

Scoring his 16th goal of the season in the match, Medwin went on to sign for Tottenham Hotspur at the end of the 1955/56 season.

Former Swansea schoolboy Griffiths joined the Swans groundstaff in 1949 before making his league debut against Chesterfield in 1950. Griffiths’ brace formed part of the 16 goals he scored throughout the 1955/56 season for Ron Burgess’ side.

He scored 72 goals in 421 league games before moving to Merthyr Tydfil in April 1964, then re-joined Swansea as coach in April 1967. He was also chief scout, trainer, physio and manager between January 1975 and February 1978, then assistant-boss until his death in April 1978.

Welsh international Len Allchurch, meanwhile, was a crafty winger who played alongside his brother Ivor at the Vetch before making the switch to Sheffield United in 1961. Len was a regular in Burgess’ squad in the 1955/56 season, netting four goals in 40 appearances.

Re-joining Swansea in July 1969, he netted 60 goals in 347 league games overall before moving to Haverfordwest in July 1971.