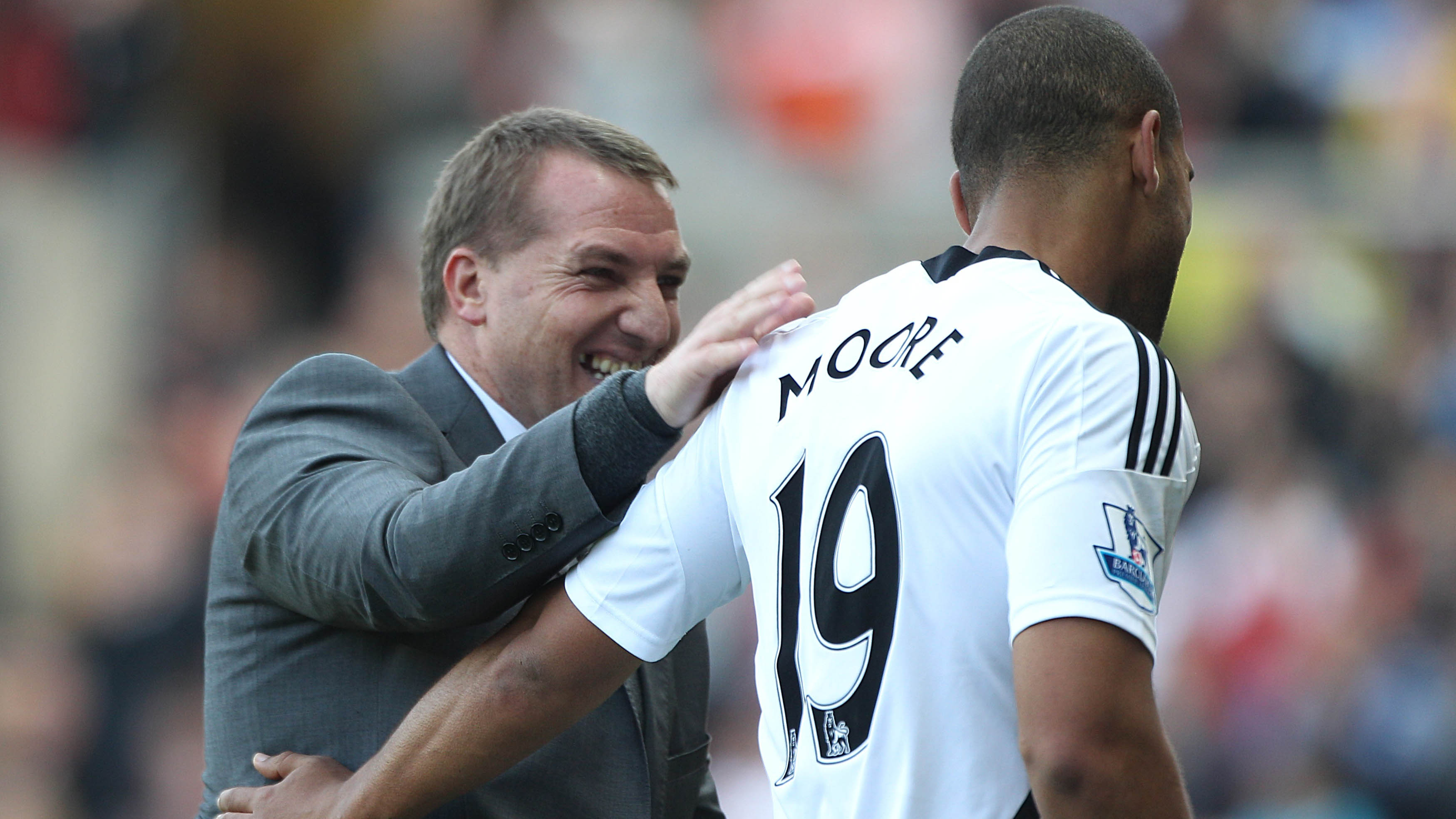 With the Swans set to face Manchester City in the quarter-finals of the FA Cup at the Liberty Stadium on Saturday (5.20pm), we take a trip down memory lane to previous meetings between the sides in SA1.

Here we recall games in the Premier League, as well as the old First and Second Divisions.

A late Luke Moore header netted all three points for the Swans at the Liberty Stadium back in 2012, in Swansea’s last win over Manchester City in all competitions.

Wayne Routledge’s pin-point cross from the right-hand side found the unmarked substitute in the City area to nod the Swans into the lead with a cushioned effort into the far corner.

Scott Sinclair had missed a penalty earlier in the game after Joe Hart had fouled Routledge. It was Sinclair's first miss from the spot in 14 attempts.

A late goal from Micah Richards was ruled out for offside to give a dramatic ending to the game, after a snapshot well saved by Michel Vorm was bundled in by the defender.

The result put a dent in City’s title hopes - with TV footage capturing an away fan slumped in tears following the Swans goal.

The 83rd minute winner helped Brendan Rodgers' side to an 11th place finish for the season, whilst their opponents would eventually go on to win the Premier League in the most dramatic fashion imaginable.

Andre Ayew’s strike in first-half stoppage time meant the spoils were shared at the Liberty Stadium back in 2016, as the Ghanaian cancelled out Kelechi Iheanacho’s fifth-minute opener on the final day of the season.

Iheanacho poked home for the visitors after Sergio Aguero had his shot well saved by Kristoffer Nordfeldt in the opening minutes, it was the Nigerian’s 14th goal of the season.

With City failing to build on their chances, they were vulnerable to Ayew’s 25-yard free-kick, which deflected off the head of midfielder Fernandinho to level the scores at the break.

It would be Manuel Pellegrini’s 167th and final game in charge of Manchester City, as the Chilean guided the club to a top-four finish, with the Swans safely sat in 12th for the season.

Goals from Bob Latchford, Robbie James and an Ian Walsh brace helped the Swans grab their first win in seven in the old First Division.

With the Swans four goals to the good, a Bobby McDonald goal late in the game was a mere consolation for John Benson’s Citizens.

Manchester City’s stopper Joe Corrigan put in a superb display to prevent Walsh’s hat-trick and, with six players under the age of 21 in the line-up after the introduction of Darren Gale, it was a rampant performance from the young Swansea side.

Unfortunately for the Swans this result was not enough to prevent them dropping into the second tier, along with the Citizens.

After a 7-4 defeat at the hands of Manchester City the week prior, an eight-goal thriller saw the Swans gain their revenge at the Vetch Field.

A brace for Wilf Lewis, including the opener inside two minutes helped the Swans on their way, before a Lachlan McPherson hat-trick sealed the win for the home side, who led 3-1 at the break.

Alex Ferguson also saved a penalty for the Swans, who scored a spot kick of their own through McPherson in the 11th minute.

Thomas Johnson’s finish kept City in the game at the half, whilst Peter Bell and George Hicks could only keep the score respectable for the visitors with their goals in the second period.

Manchester City would go on to finish as Champions in the 1927/28 season, with Swansea finishing five places behind in sixth for the year.