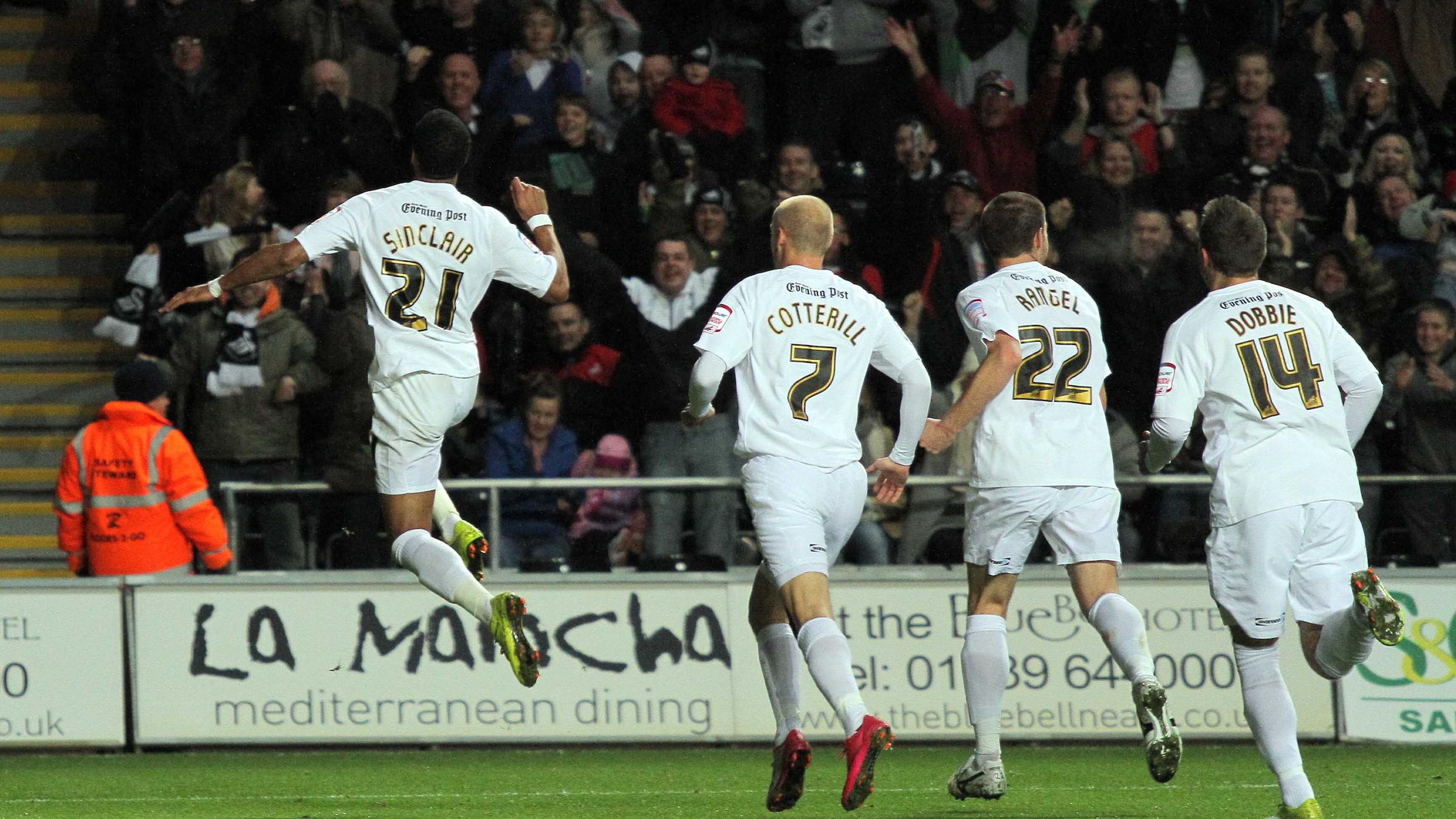 As Swansea City get ready to face Middlesbrough at the Liberty Stadium this Saturday (3pm), we look back at some past meetings between the two sides.

Here we take a look back at:

In a goalless stalemate, the Swans missed out on the chance to record four successive home victories as the sides shared the spoils at the Liberty.

Leroy Fer missed a glorious chance to steal the points just one minute from time, blazing over the bar from close range, whilst Rudy Gestede headed wide from yards out in added time.

Despite a frantic opening 15 minutes, both Boro and the Swans could not break the deadlock and with frontman Fernando Llorente out injured, the home side lacked a clinical finisher despite their chances.

Gylfi Sigurdsson also went close for the hosts but the point proved invaluable in the Swans fight to stay in the Premier League that season, whilst Middlesbrough fell back into the Championship at the end of the campaign.

Scott Sinclair’s late strike secured three points for the Swans back in November 2010, as Brendan Rodgers' side made it three wins from four games.

Sinclair’s 12th goal in 16 games was well worked, cutting inside from the left to bury the ball into the corner and hand the Swans an 84th minute lead.

The Swans would go on to earn promotion through the play-offs that year under Rodgers, whilst the Riverside club would end up ensconced in mid-table.

An Ian Walsh brace helped Swansea to a 2-1 victory over Boro back in April 1984, with the injury-plagued striker nearly grabbing a hat-trick.

This Division Two clash saw the visitors take the lead at the Vetch Field, with Darren Wood calmly slipping Boro into the lead just after the 10-minute mark.

Their lead would be shortlived thanks in part to Neil Robinson’s industrious work rate, as the midfield man set up both of Walsh’s goals to push the home side in front.

The Swans would go on to be relegated at the end of the season despite their victory over Middlesbrough, who sat four places higher in 17th position come the conclusion of the campaign.

Mel Nurse's second return to Swansea with Middlesbrough ended in defeat, with the Swans unfortunate not to win by a wider margin.

Bill Harris broke the deadlock for Boro just before 10 minutes had passed, but it was Barrie Jones that levelled the scores only moments later as the Swans recovered to hound the visitors throughout the game.

Jim McLaughlin grabbed the winner just 15 minutes from time, as the Swans recorded just their third win of the season.