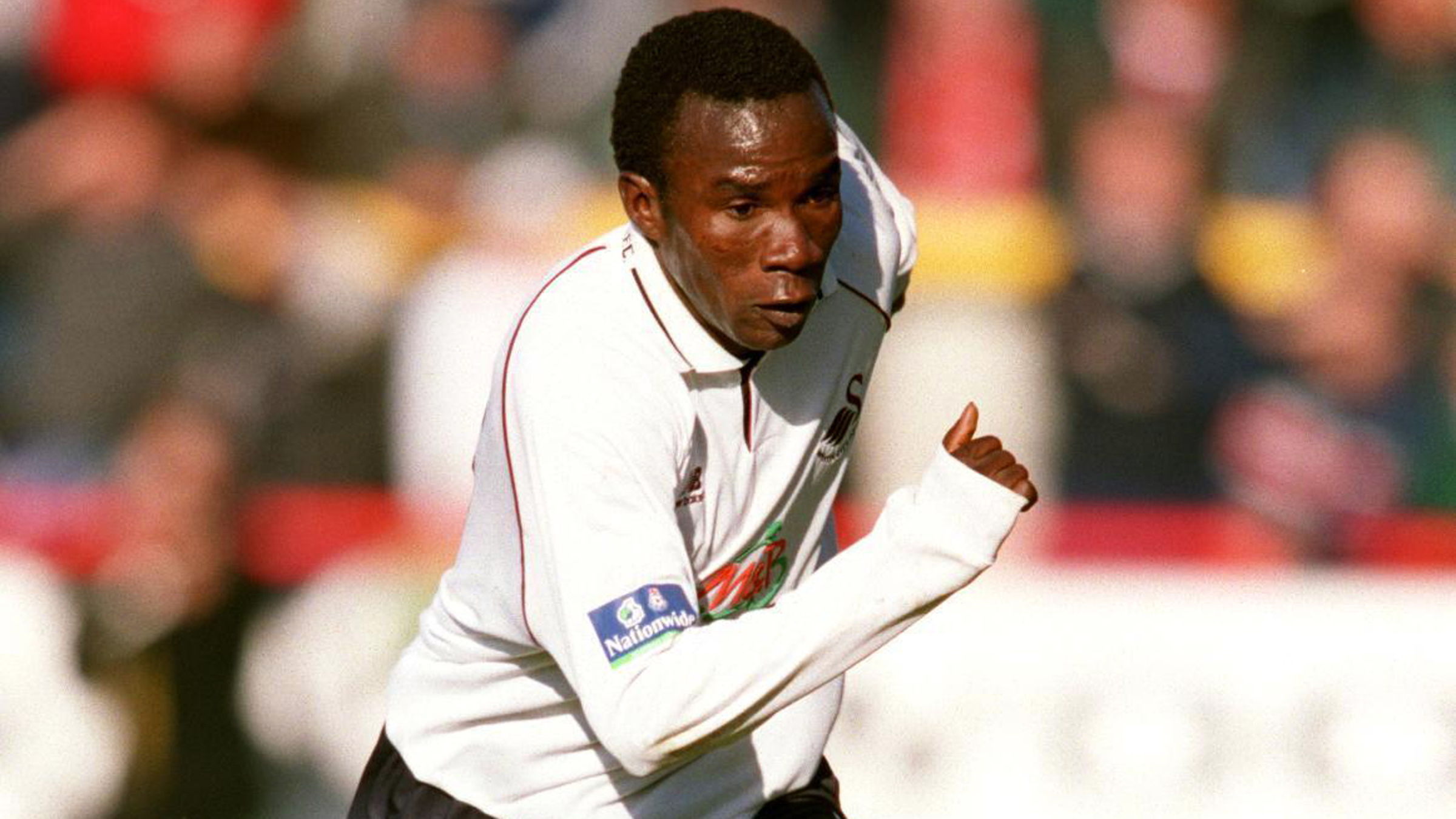 As Swansea City prepare to host Rotherham on Good Friday, we look back at some memorable encounters against the Millers.

Here, we recall games from the second, third and fourth tiers of English football.

The Swans ran out 2-0 victors against Rotherham United as Walter Boyd scored two goals on his debut at The Vetch.

Swansea City manager John Hollins desperately needed a good performance after his side had gone four without a win before this game.

And he got it as Jamaica's World Cup striker Boyd made an instant impact, netting in the seventh minute before adding a stunning second goal, taking advantage of a slip by defender Paul Dillon to lob the stranded Rotherham goalkeeper Mike Pollit from 30 yards.

It proved an important win come the end of the 1999-2000 season as Hollins’ side were promoted as champions, finishing top of the third tier with 85 points – pipping Rotherham to the top spot in the final game of the season.

Alan Curtis, in his last season playing for Swansea City, netted his final goal for the club in this tight affair against Rotherham United at the Vetch Field.

A disciplined visiting defence had given Swansea little opportunity during the opening hour but a moment’s hesitation allowed Curtis to skilfully evade a couple of challenges and drive the ball past Republic of Ireland international goalkeeper Kelham O’Hanlon for the match-winning goal.

The victory against Rotherham meant that the Swans had won two games in a row, but the 1989-1990 season proved a difficult one as they finished a disappointing 17th.

A thriller at the Vetch Field on New Years Day saw Swansea City recover from going two goals down to run out 4-2 winners against Rotherham United, in what proved to be one of the games of the season.

The Swans seemed to have started 1974 with a hangover as Rotherham raced out of the traps and found themselves 2-0 up with 17 minutes gone, thanks to goals from Alan Crawford and Carl Gilbert, the latter coming from the spot.

On the 35th minute mark, the Swans came roaring back through young Robbie James with a dipping 25-yard drive that deceived the Rotherham goalkeeper. That majestic moment from 16-year-old James was followed by two quick-fire goals before half time.

The second Swansea goal came from a David Bruton penalty and then a third followed soon after through Anthony Screen which meant the Swans would go in at the interval 3-2 ahead.

Into the second half and there was a third penalty in the game awarded by referee Tony Glasson. Bruton made no mistake from the spot once more making it 4-2 on the 55-minute mark, which completed an incredible comeback for the Swans in front of the best attendance of the season.

This was a tight and tense affair as Swansea Town beat a strong Rotherham side on home turf.

The Swans asserted themselves quickly in the first half with two goals in a minute.

Welsh international Len Allchurch gave the Swans the lead on the 34th minute and, almost immediately, the hosts doubled their lead with Mel Charles- younger brother of the legendary John Charles- getting on the scoresheet.

Rotherham dominated possession in the second half and pulled a goal back when outside left John Wilson showed his predatory instincts to reduce the arrears.

The visitors kept pushing and had their forwards not spurned their chances might have had a share of the points. But the Swans stood firm to take the spoils.