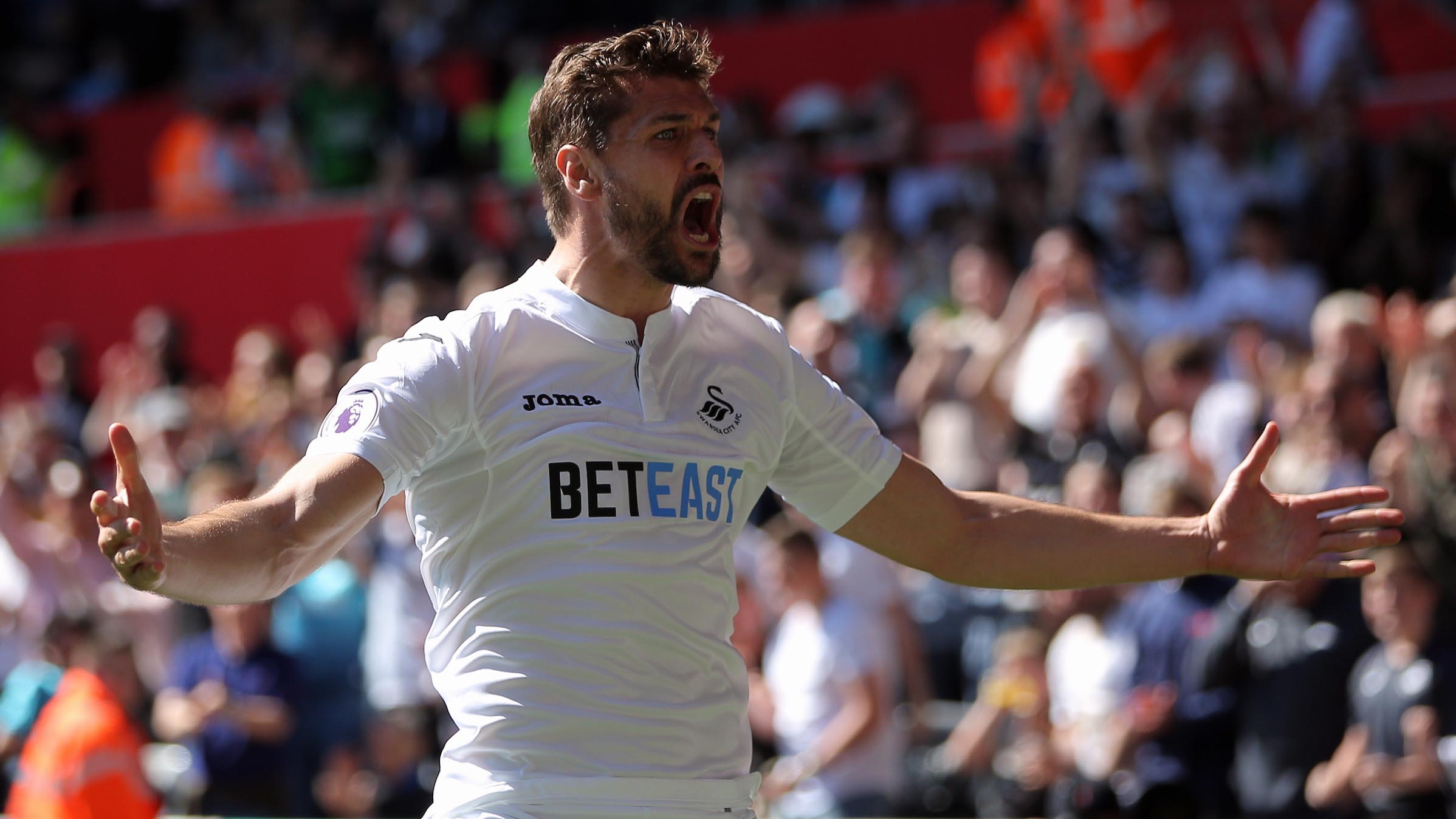 As Swansea City prepare to host Stoke City on Tuesday night (7.45pm), we take a look back at some memorable meetings against the Potters.

Here, we look back at a pair of Premier League fixtures, as well as games in the old First and Second Divisions.

Tom Carroll’s first goal since signing for Swansea City permanently and Fernando Llorente’s cushioned header secured a vital three points in the fight to avoid relegation back in April 2017.

The Swans started brightly, with Llorente taking advantage of some slack marking from Ryan Shawcross to head the home side into the lead within the opening 10 minutes.

Despite enjoying more possession on the day, the Swans struggled to create many chances as they looked to hang onto their lead, and Stoke spurned a chance to equalise when Marko Arnautovic smashed a penalty over the bar in the second half.

Less than 60 seconds later and Carroll’s 25-yard effort deflected off Joe Allen and flew over Jack Butland to find its way into the back of the net 20 minutes from time.

Jefferson Montero’s first goal for Swansea City and Ki Sung-Yueng’s stoppage-time strike saw the Swans take the spoils at the Liberty back in 2015 on their way to an eighth-place finish.

A stubborn defensive performance from the visitors meant the deadlock wouldn’t be broken until the 76th minute, when Montero connected with a diving header from Jonjo Shelvey’s cross to put the Swans ahead.

Marc Wilson was sent off minutes later for the visitors for a second bookable offence, after tripping an energetic Montero, who was a handful throughout for the Potters.

Ki’s second in stoppage time, finishing off a swift counter-attack, meant the Swans had won four of their last six Premier League games, with a first clean sheet at the Liberty in eight matches.

Robbie James was at the double alongside a Jeremy Charles finish to fire the Swans to a 3-0 win over the Potters back in the old Division One.

Torrential rain took its toll on the pitch before the match, but it was of no deterrence for a spirited Swansea performance.

James put the Swans ahead at the Vetch field before the break, as both sides struggled with a heavy playing surface before them.

Charles added the second 20 minutes from time, whilst James second of the day saw the Swans take the spoils in a memorable first season in the top-flight.

A first half-hat-trick from Mel Charles was the talking point of the day, with Ivor Allchurch adding a fourth strike to seal a dominant Swansea triumph back in 1958.

Charles had been struggling with injuries before the clash, making his first-half efforts all the more impressive with a clinical display in front of goal.

Peter Bullock’s debut goal for Stoke City was a mere consolation in the final result, as the Swans ran out comfortable victors on the penultimate game of the season in front of over 20,000 fans.

Tickets for Swans v Stoke are still available – get yours HERE or call the ticket office on 01792 616400. If you want to watch the game in style – contact our dedicated hospitality team on 01792 616628 or on hospitality@swanseacity.com.