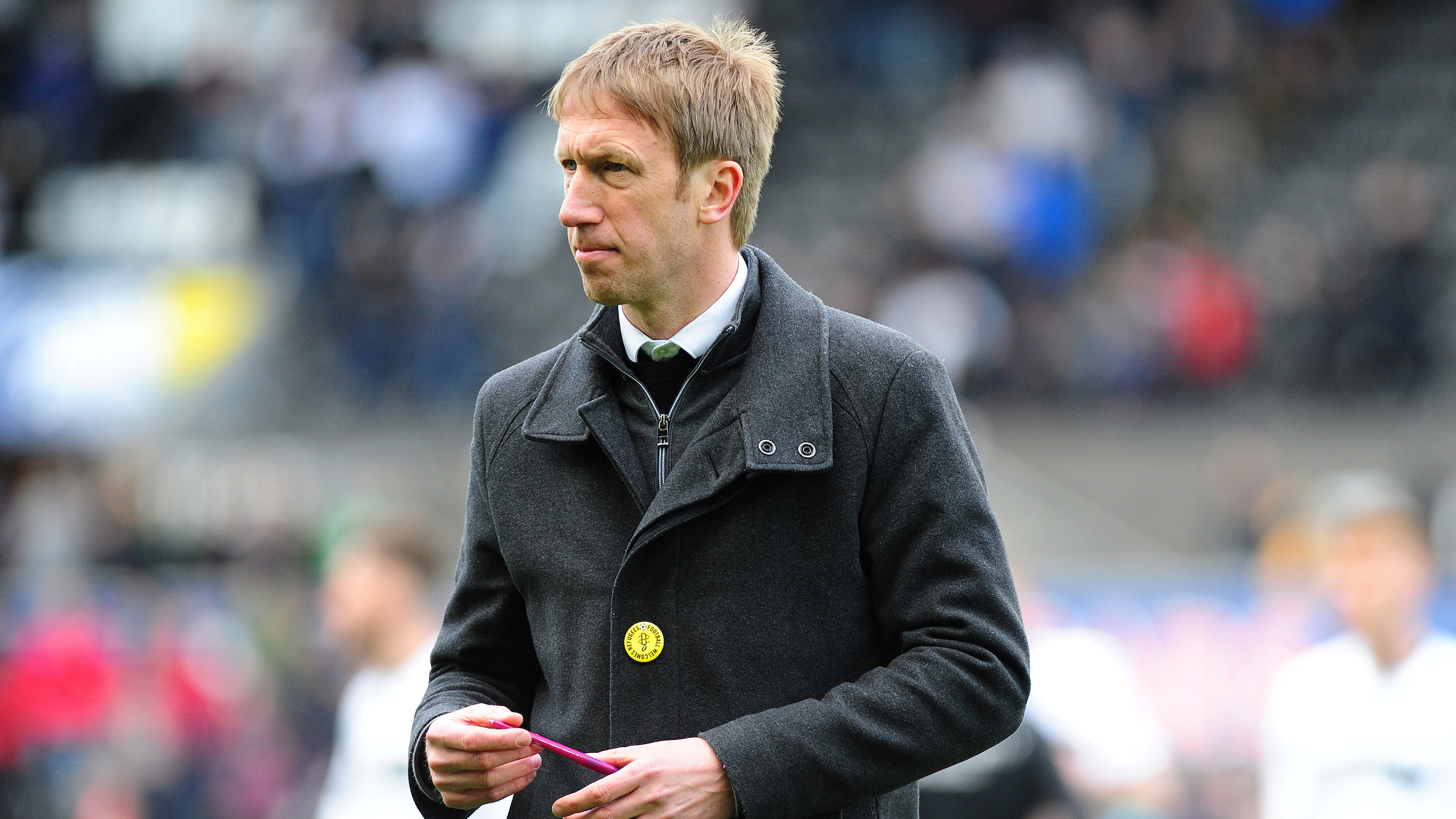 Potter aims to come back stronger

Graham Potter wants Swansea City to come back stronger next season after seeing their late surge for a play-off place ended by a draw with Hull.

The 2-2 draw against the Tigers means the Swans mathematical hopes of a top-six finish are over as they lie seven points adrift with two games remaining.

Potter’s men were always outsiders to bridge the gap but the manager admitted his frustration and disappointment after seeing a two-goal lead relinquished.

However, he also honestly accepted he did not feel his side had done enough across the course of a relentless campaign to be genuine play-off contenders.

But he also sees plenty to be positive about after a season which has seen a major adjustment following relegation from the Premier League last term, with a host of young players enjoying break-out campaigns.

“We have a young team, people forget that George Byers, Daniel James, Connor Roberts, Matt Grimes and even Oli McBurnie are starting out at this level,” said Potter.

“So there is a lot of responsibility and the hardest role in football is to have the ball and try and create and attack.

“These results, while disappointing, are part of the process to get better.

“The reality of it, if we are being fair, is we probably were not ready to be part of that top six.

“In terms of minutes for under-23 players we are the highest in the Championship, and that comes with the process, you have to go through a bit of pain.

“But I am proud of the players, proud of the supporters. Despite their disappointment they have always got behind the myself and the team, and for that I am grateful.”