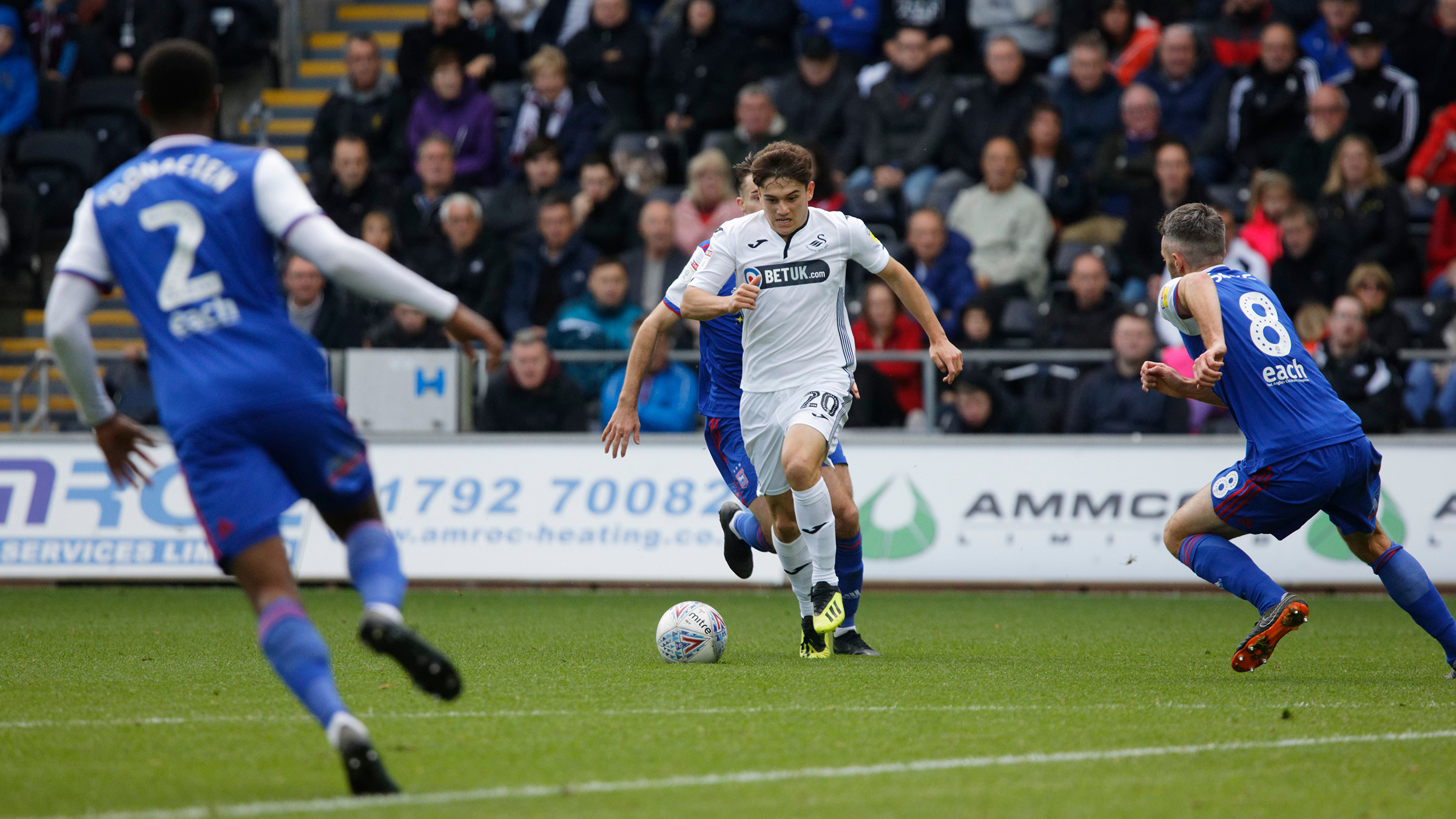 Potter: Dan was a danger

James was arguably the Swans’ star performer as they lost a game which they controlled for long periods 3-2.

The young winger, who featured in a home league fixture for the first time, caused problems for the visitors throughout and might have had a hat-trick of assists on another day.

It was James’s break which led to the Swans’ opening goal, as his cross reached Connor Roberts at the far post and his pull-back was turned into the net by Ipswich defender Janoi Donacien.

“I thought Dan started well and then he sustained it,” Potter said.

“He was a real danger over the 90 minutes. We were an inch away from turning his crosses into goals a couple of times, and he can be pleased with his performance.”

The Swans dominated for much of the game, but their early goal was cancelled out by Gwion Edwards on 27 minutes and just four minutes later a Mike van der Hoorn own goal put the visitors ahead.

Bersant Celina’s fine goal made it 2-2 11 minutes from time, but Ipswich snatched victory thanks to Trevoh Chalobah’s late header.

“The reaction of the team was great. We pushed and pushed to win the game but it was not our day,” Potter said.