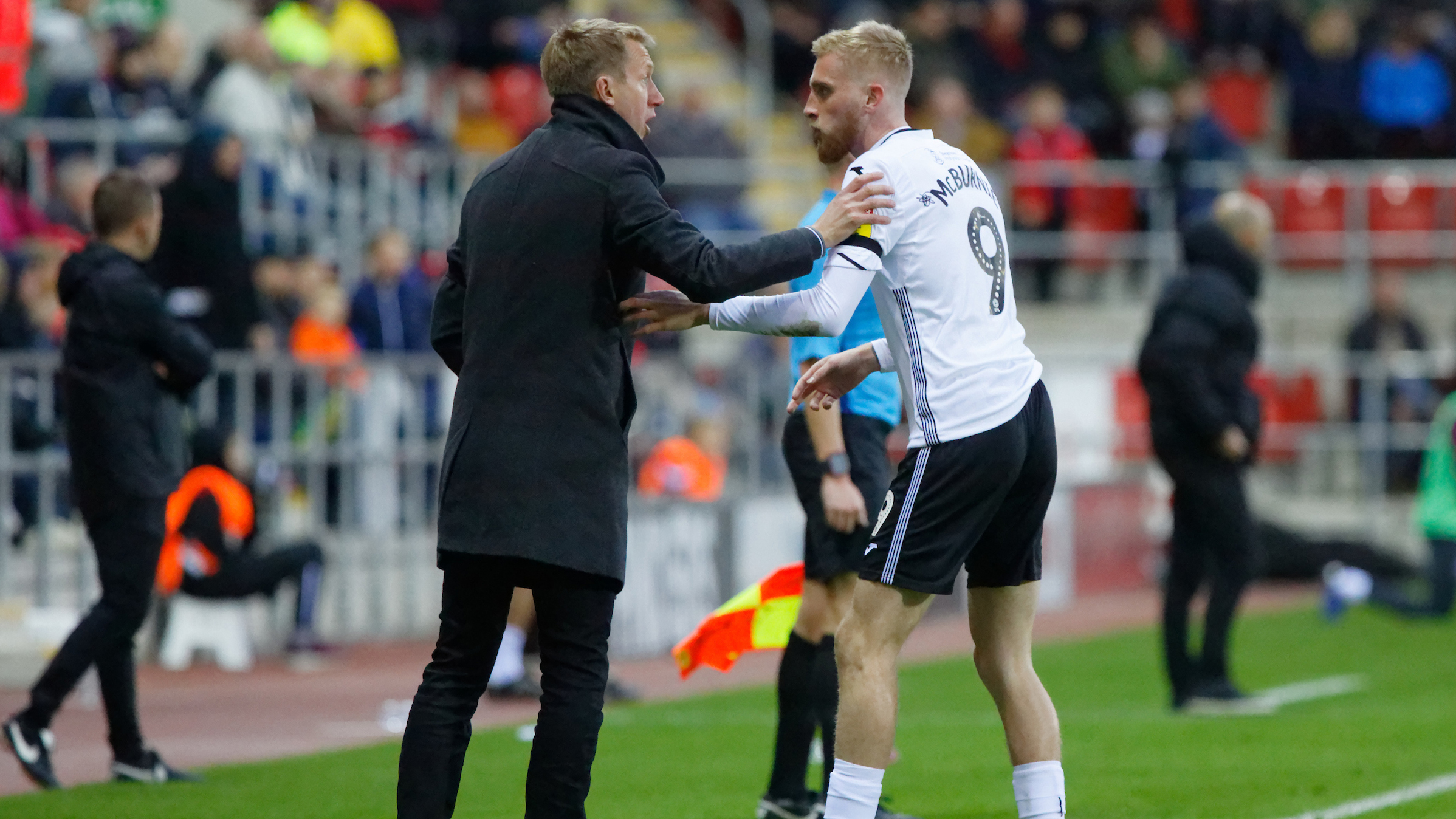 Oli McBurnie has become the first Swansea City player to score 20 league goals in a Championship season since Scott Sinclair, but Graham Potter reckons there is a lot more to come from the striker.

McBurnie, 22, took his tally for the season to 23 in all competitions with his brace against Hull on Saturday.

Aside from a double against Gillingham in the FA Cup, all of McBurnie’s goals have come in the Championship.

Sinclair was the last Swan to net 20 or more in a league campaign, and McBurnie – along with Norwich’s Teemu Pukki – has the most Championship goals in 2019 with 13.

The Scotland international has enjoyed an excellent first full season in the Swans’ first team, and took home the top goalscorer prize at Sunday's awards' night.

But his manager feels there is plenty of room for further development for the young forward.

“There is nothing wrong with a record like that, but I think Oli can do better and I think he can improve,” said Potter.

“He has done great for us, he absolutely has, but the exciting thing for him – and I am sure he will say the same – is he can get better again.

“When it comes to first-team football he will only improve if he keeps working in the way I think he can.

“But it’s a great record. In terms of goals per game – if you take into account his time at Barnsley – it is up there with anyone in the Championship.

“He has to keep working, I think his overall game can improve. That’s not a criticism, he is a young guy who is not yet at the peak of his profession.

“So, he will improve, but he knows where the goal is and is a real high-level finisher, but I like that he can link the game and is an intelligent player who can drop into space but still get in the box.”