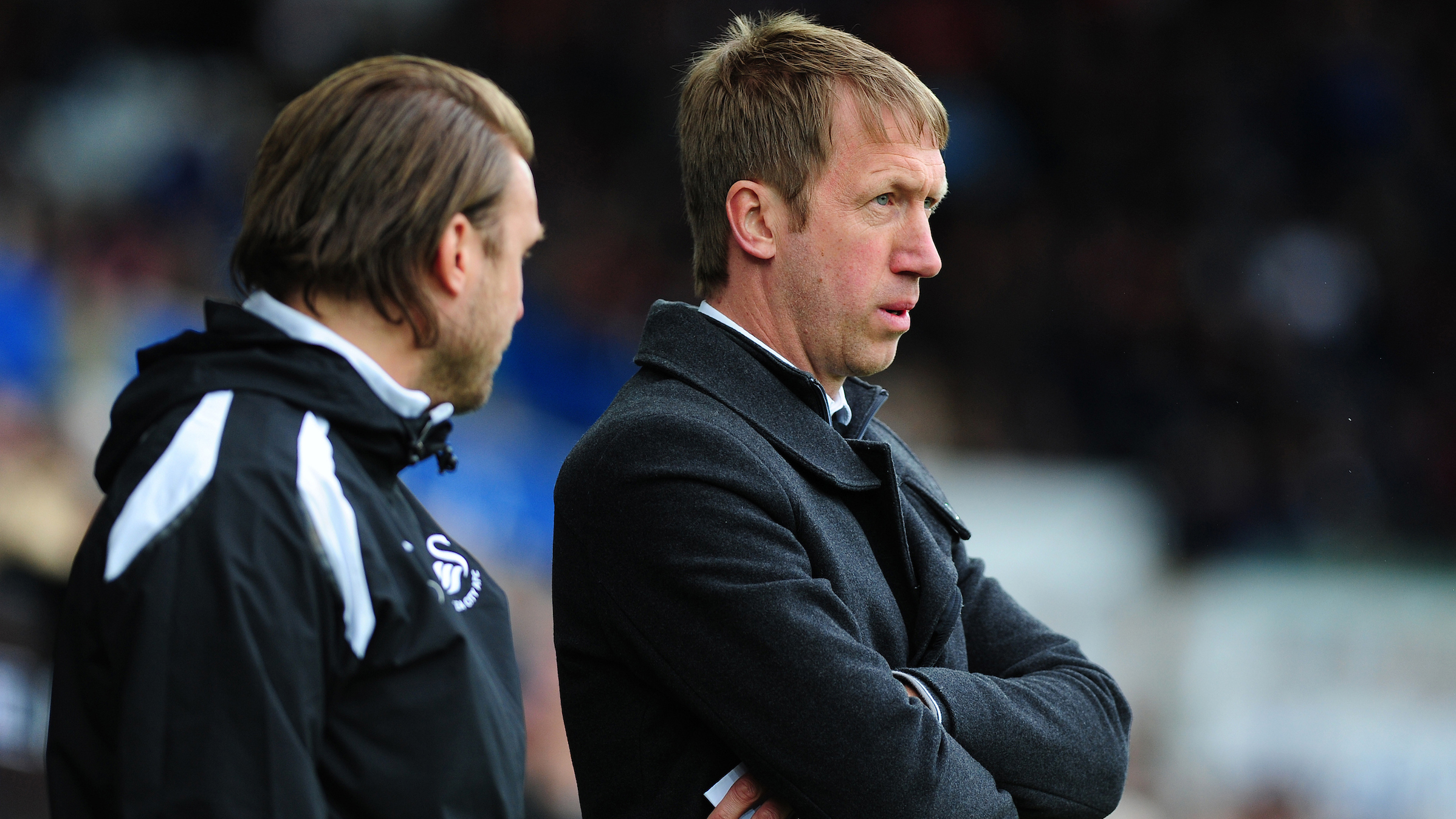 Graham Potter was left frustrated after Swansea City saw their play-off hopes ended as they relinquished a two-goal lead to draw with Hull.

Oli McBurnie’s brace looked to have the Swans in line for a seventh-straight home win to keep them in the play-off hunt at least until the midweek meeting with Derby.

But goals in the final 13 minutes saw the Tigers earn a share of the spoils through Jarrod Bowen and Nouha Dicko.

It means Swansea are an insurmountable seven points adrift of the top six with just two games remaining.

“We are frustrated and disappointed,” said Potter.

“It was difficult with how Hull came and set up. They were very hard to break down.

“We scored a really, really good first goal and then to get the second from a good bit of open play meant we felt comfortable.

“But we were not too comfortable as teams do not have to do a lot, or necessarily play that well to score.

“We didn’t defend our box in the second phase of a long throw, and then we are in a situation where the result probably does not mean a lot to the opposition, but it means a lot to us.

“We have got a young team, who are thinking a lot about trying to win and we probably did not see that last 10 minutes out as well as we could have.

“We are all disappointed as we wanted to take care of our own business, so to speak, and we were not able to do that.

“Ultimately it does not matter, football is about scoring one more goal than the opposition and we were not able to do that today.”