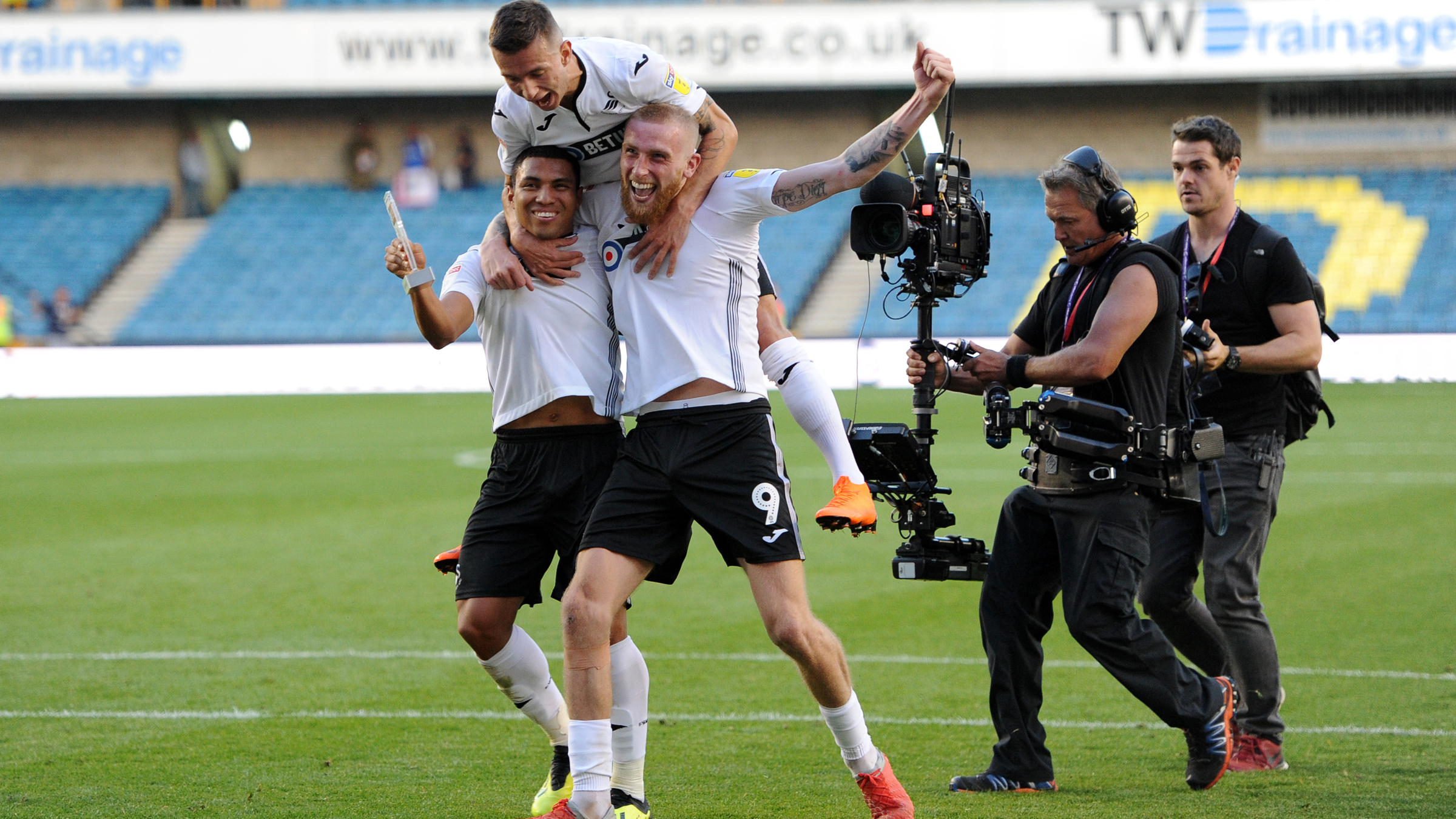 Potter: Jeff a joy to watch

Graham Potter described Jefferson Montero as “a joy to watch” after the winger’s dazzling display in Swansea City’s comeback win at Millwall.

Montero came off the bench to inspire a memorable Swans revival at The Den.

Potter’s side had been down to 10 men since the fifth minute after Courtney Baker-Richardson saw red for a studs-up challenge on James Meredith.

Millwall took the lead just after the hour through Murray Wallace, but the Swans levelled 14 minutes from the end when Montero – who had been sent on just after the Lions’ goal – teed up Kyle Naughton.

And the visitors claimed a dramatic victory when Oli McBurnie tapped in from Montero’s cross five minutes from the time.

“Jeff has been fantastic to work with and when he is like that, he is a joy to watch,” Potter said.

“He has had problems with injuries in the last couple of years but he has the attributes to play in any league.”

Montero also had a big impact when he came off the bench with the Swans trailing at Sheffield United on the opening day of the season.

And Potter wants to see more of the same from the Ecuadorian international – and on a regular basis.

“He gives you that ability to get a foothold in the game because he can carry the ball and he can go past people when he is one-v-one,” Potter added.

“You offer a counter-punch with Jeff on the pitch.

“The challenge when you have 10 men is to get the ball to him, and we managed to do that today.

“The challenge for him is to do it over 90 minutes every week.”