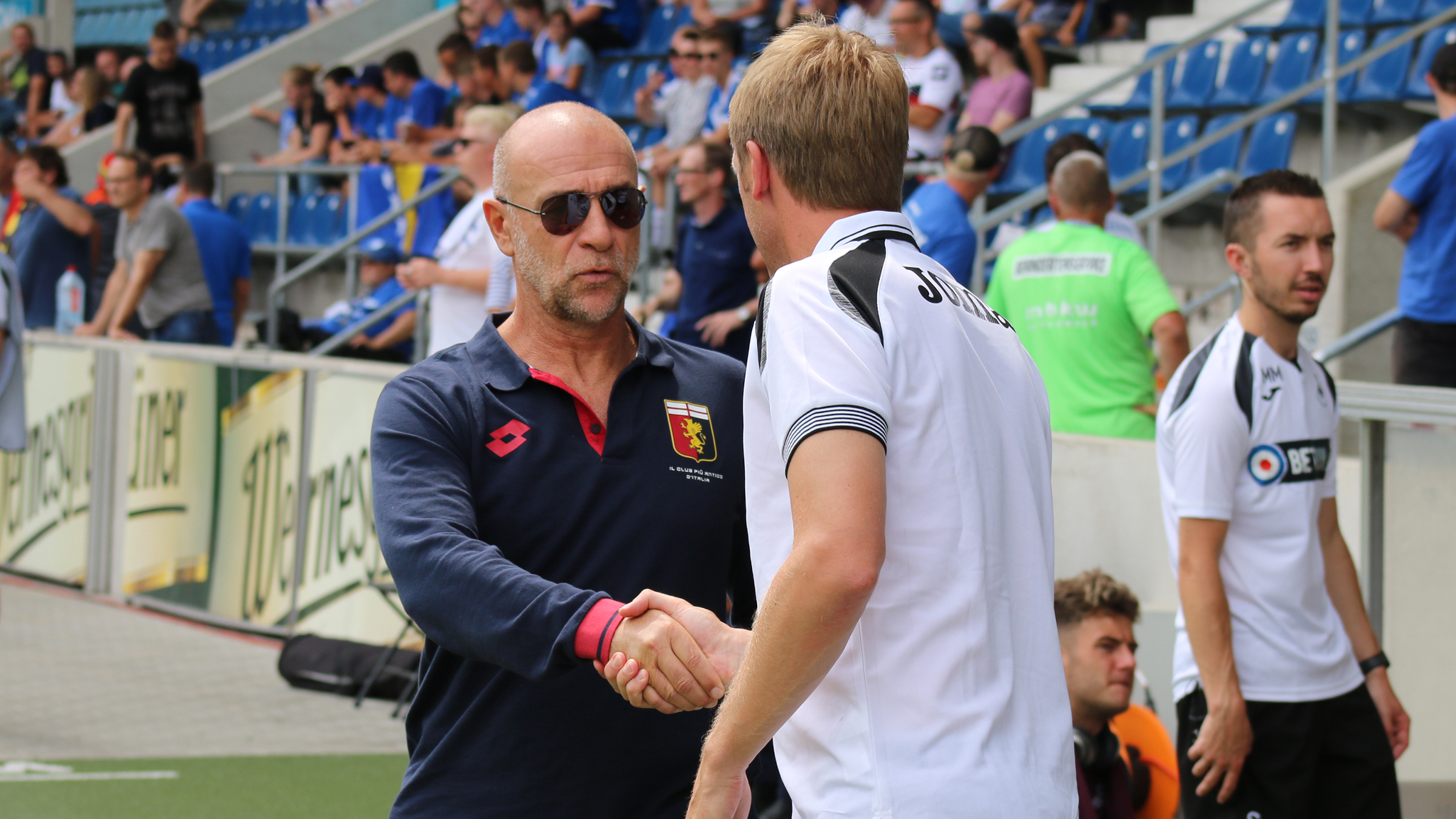 Graham Potter says Swansea City are working hard to reinforce their squad as they get set for the new Championship season.

The Swans completed their second and third seniors signing of the summer yesterday as Barrie McKay arrived from Nottingham Forest and Bersant Celina joined from Manchester City.

McKay and Celina followed Joel Asoro into the Liberty Stadium after he signed from Sunderland.

The Swans have signed two more teenagers, Yan Dhanda and Jordi Govea, but Potter admits there is more business to be done.

“Twelve players have left the club this summer, which in itself has been a transition,” said the Swans boss.

“We’ve had to come in and have a good assessment of what we have here whilst at the same time working away at trying to help the group and strengthen the squad. That is a continual process.

“We hope we can bring more players to the group but, as I’ve always said, they have to be the right type of player and person to fit into what we want to do.

“We also have the loan market up until August 31, so there is time.”

Potter would have liked to get more deals over the line by this stage, but the Swans have had to stay patient.

“Like the supporters, I want things done more quickly but the reality of it is that with the situation we’re in, we have to keep working with the players we have,” he added.

“I think they’ve worked really well in all the time that I’ve been here and shown a great attitude.

“But at the same time, they need help in terms of reinforcements.”

Potter is desperate to produce a Swans side who play progressive, eye-catching football.

He accepts, however, that the transfer work the club do this summer must be based around sound financial planning.

“I don’t want to be one of the guys that wants time and patience because I don’t think that’s fair to ask of supporters,” he said.

“But I think the supporters understand the position we’re in and the context in terms of what’s happened over the last three years.

“We’ll try our best to do the right things. We’ve always run a club that’s been responsible and economically made good decisions while at the same time trying to get a team that’s competitive and people want to enjoy watching, but it’s not so straightforward.”