Swansea City will look to build on an encouraging Championship restart when they host Luton Town at the Liberty Stadium this afternoon (12.30pm).

Steve Cooper’s men returned to league action with a 3-0 win at Middlesbrough last weekend, and they now head back to SA1 to host Nathan Jones’ Hatters.

It promises to be a surreal occasion with no Jack Army to cheer the Swans on their own patch, but head coach Cooper has made clear that football’s ‘new normal’ will be no excuse for a lack of performance.

Swansea are now just a point off the play-off spots in a congested battle for the top six spots, and will be confident having lost just one of their last nine home games.

They face a Luton side fighting for their lives, sitting at the bottom of the table with eight games remaining, five points from safety.

But they face a Hatters squad buoyed by the reappointment of Welshman Jones, who guided them from League Two to the top of League One before leaving for Stoke, and a fine point against promotion hopefuls Preston last weekend.

Swansea City have Joe Rodon and Kyle Naughton in contention to return to the starting line-up against the Hatters.

Rodon missed the win at Middlesbrough with a thigh strain, while Naughton was only fit enough for a place on the bench due to an ankle problem.

Defender Mike van der Hoorn has returned to full training this week following a long lay-off with a knee injury, but will need to build up his fitness before a return to playing.

Steve Cooper: “We’re massively excited. We can’t wait for the games to come.

“I think the picture will change like it did last weekend. You can easily look at what else is going on, but you’ve got to look after yourselves.

“We’re excited to be part of it, we’re right in the mix and we always feel we have been. The games can’t come quick enough.”

Nathan Jones (via Luton today): "We're going to use players and chop and change, we’ve got to make sure that we are tactically prepared, we are physically in the best shape that we can be and that sometimes involves a little bit of chopping and changing.

“We’re still gathering momentum, sharpness and getting up to speed, but that will have done them the world of good last week.

“We bought five on, who got real important minutes and contributed so we’re in a better shape physically than we were a week ago.”

This will be Luton’s first visit to SA1 since a League One clash at the Liberty back in February 2008.

On that occasion the Swans - runaway leaders in the third tier - extended their unbeaten run to 17 games thanks to Tom Butler’s late strike at the Liberty.

The Swans had endured a frustrating evening that looked like it was going to spoil Roberto Martinez’s one-year anniversary as manager.

Luton defended resiliently against the hosts, but the tide turned after Sol Davis was sent off for fouling Butler in the 69th minute.

And it was the Irishman who proved to be the difference 10 minutes later, as he struck his sixth goal of the season to seal the points in SA1.

8 – The Swans have taken points from eight of their last nine Championship fixtures at the Liberty Stadium.

14 – Nathan Jones has not lost in his last 14 league games as Luton Town boss, taking into account his first spell in charge prior to his move to Stoke in January 2019.

Swansea City will look to build on a morale-boosting win over Queens Park Rangers last time out when they take on Sheffield United this evening (7.45pm kick-off).

Swansea City Under-21s return to Professional Development League action on Monday (2pm) as they travel to Suffolk to take on Ipswich Town Under-21s. 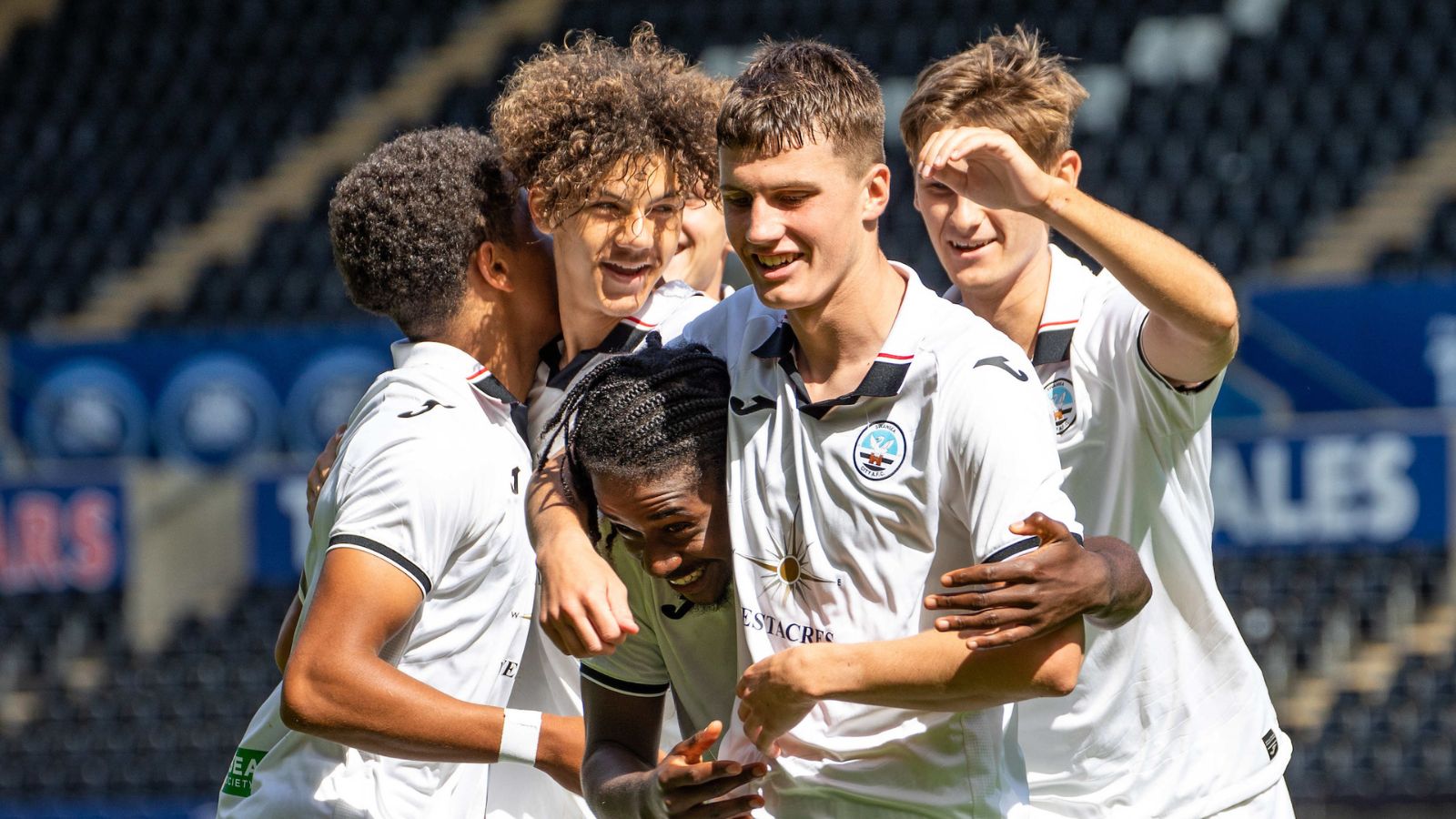 Swansea City Under-21s are back in Professional Development League action on Tuesday afternoon (2pm) as they travel to Cambridgeshire to take on Peterborough United.