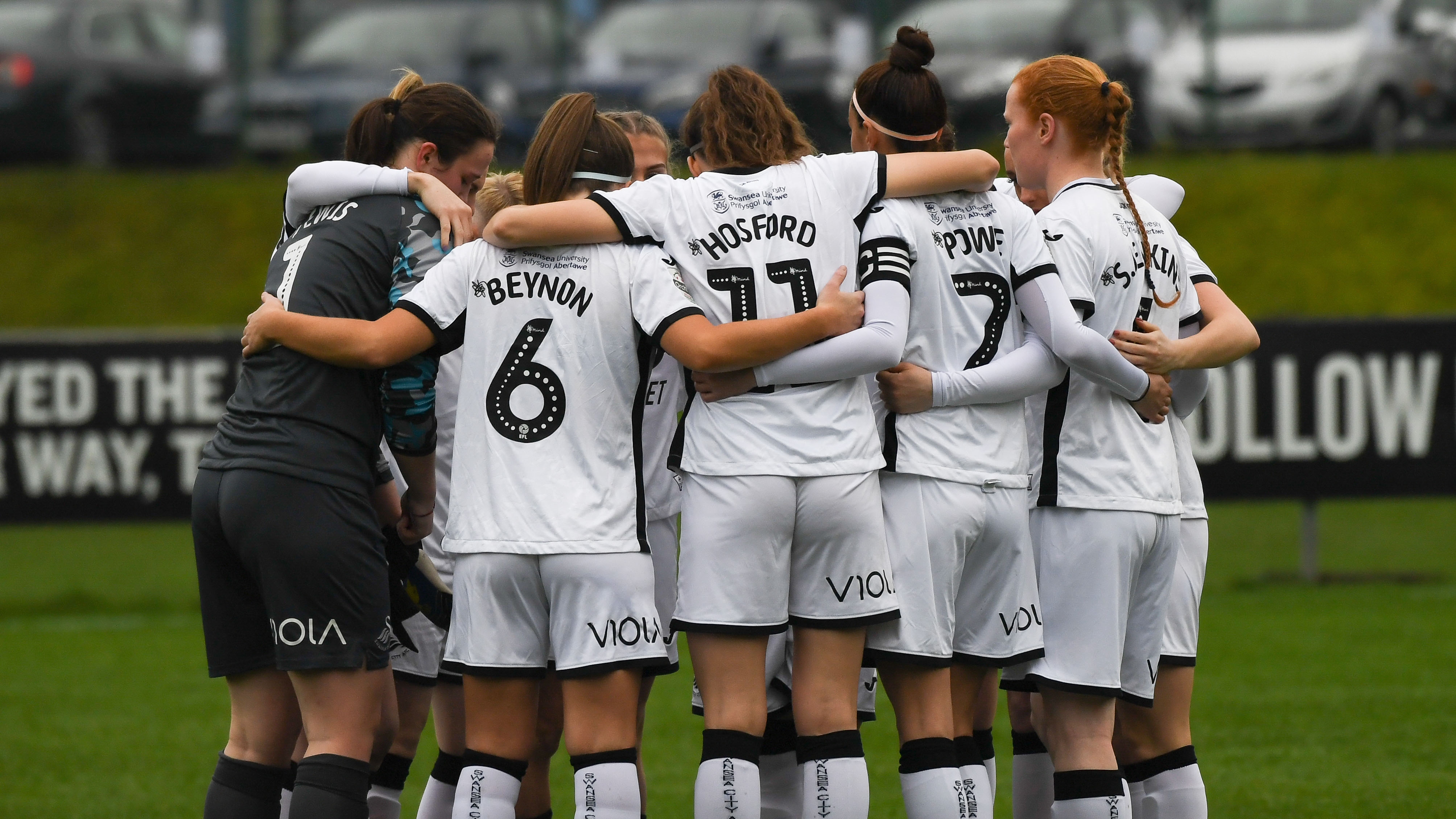 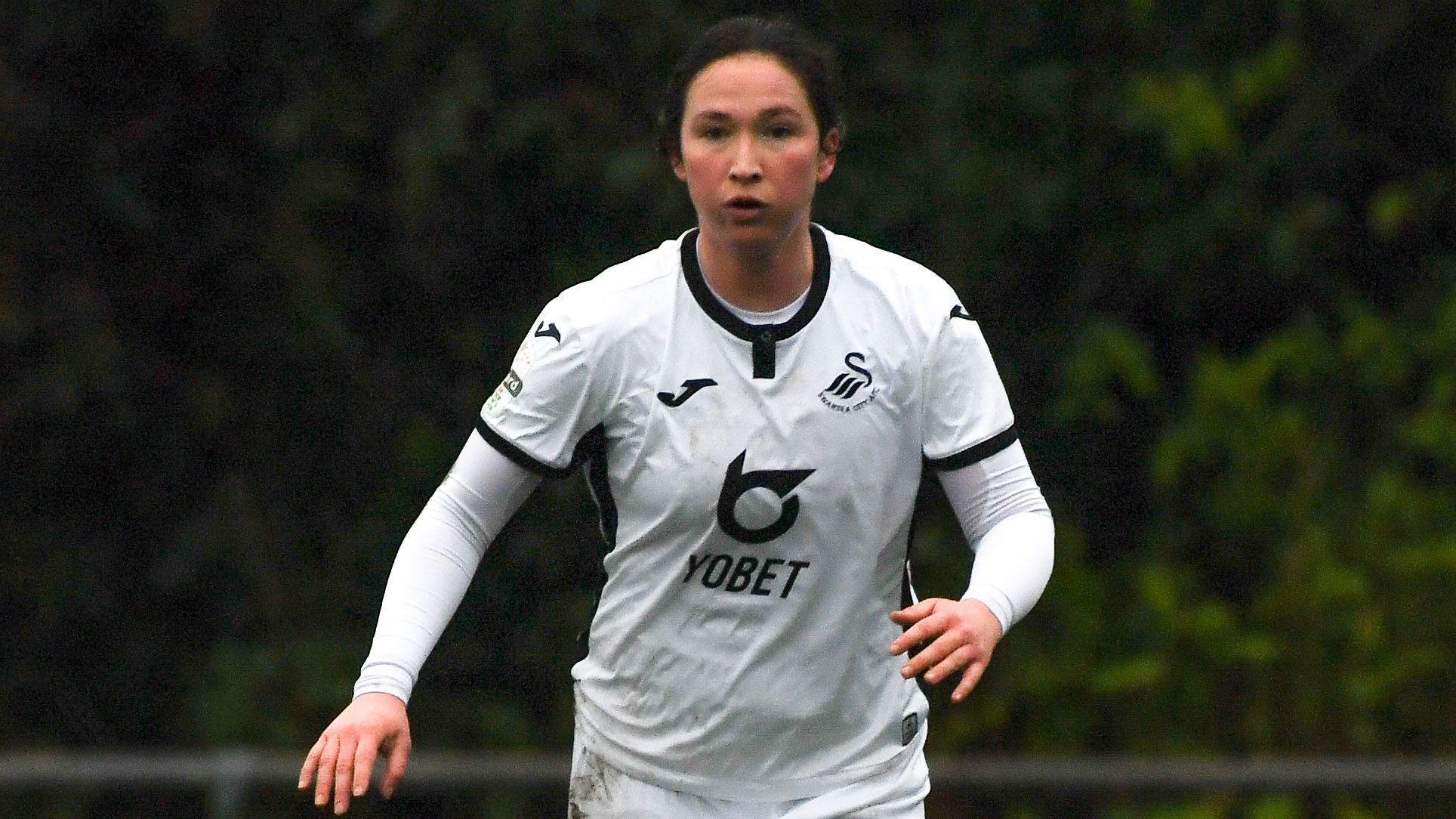 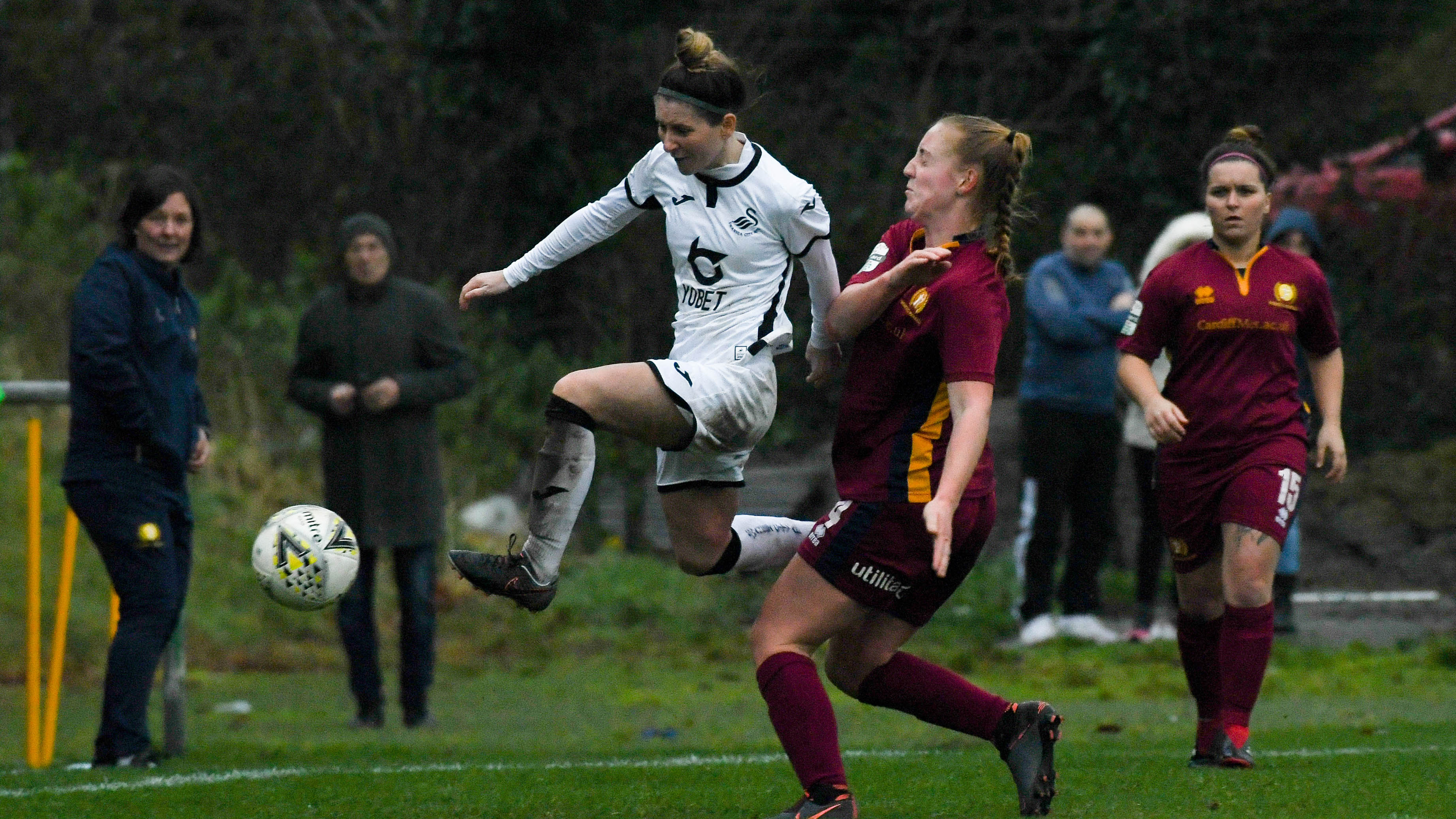 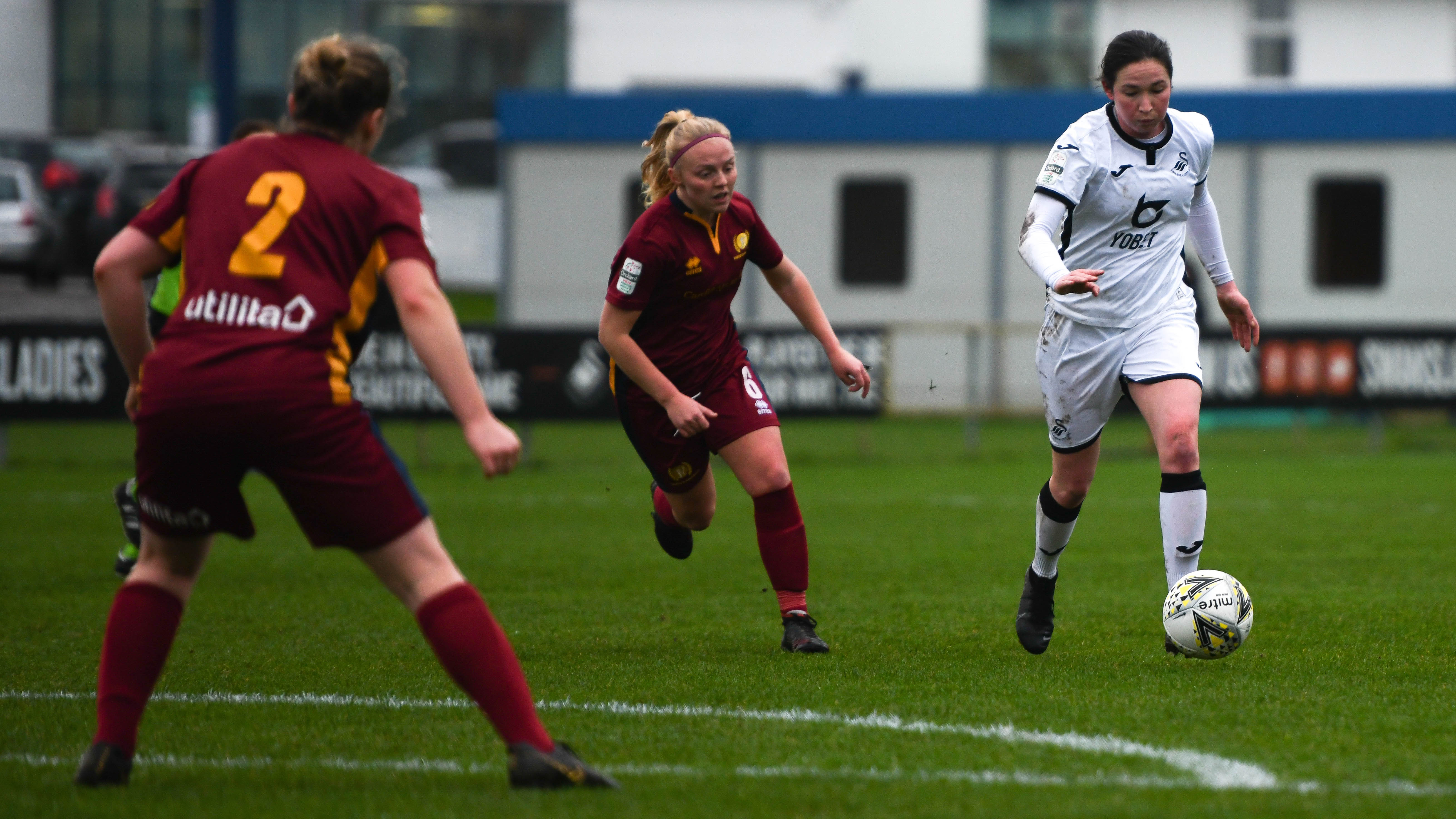 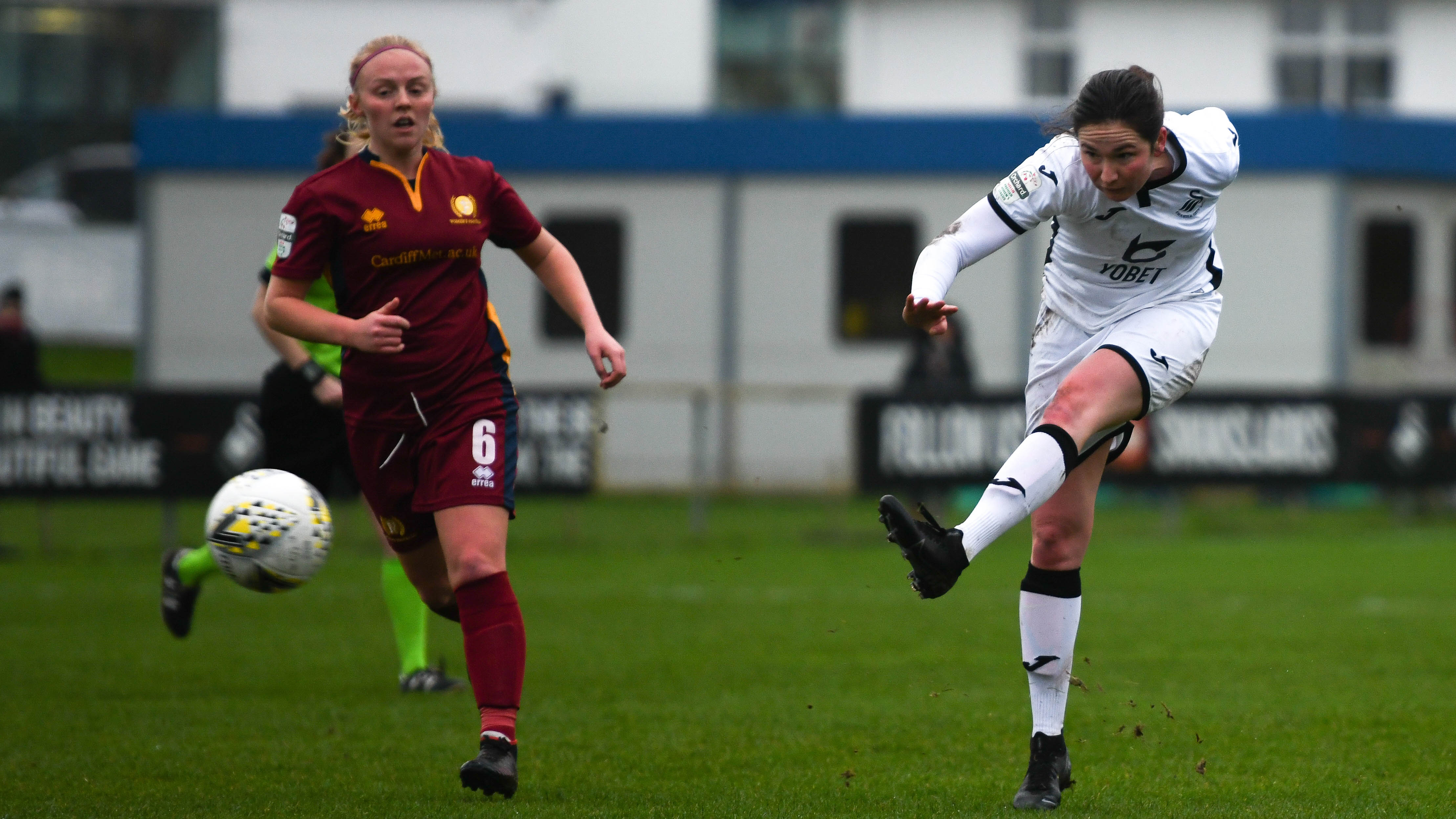 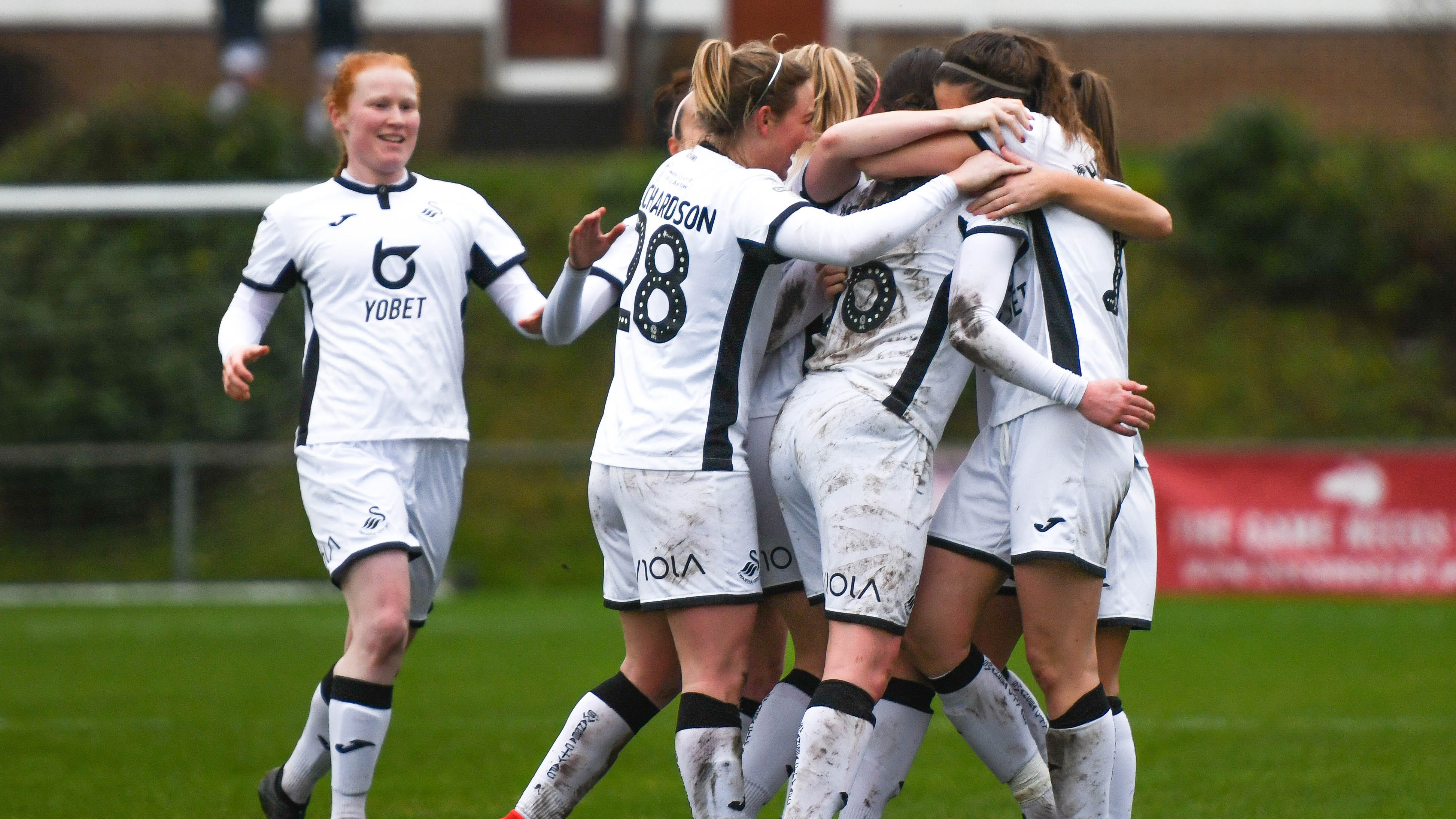 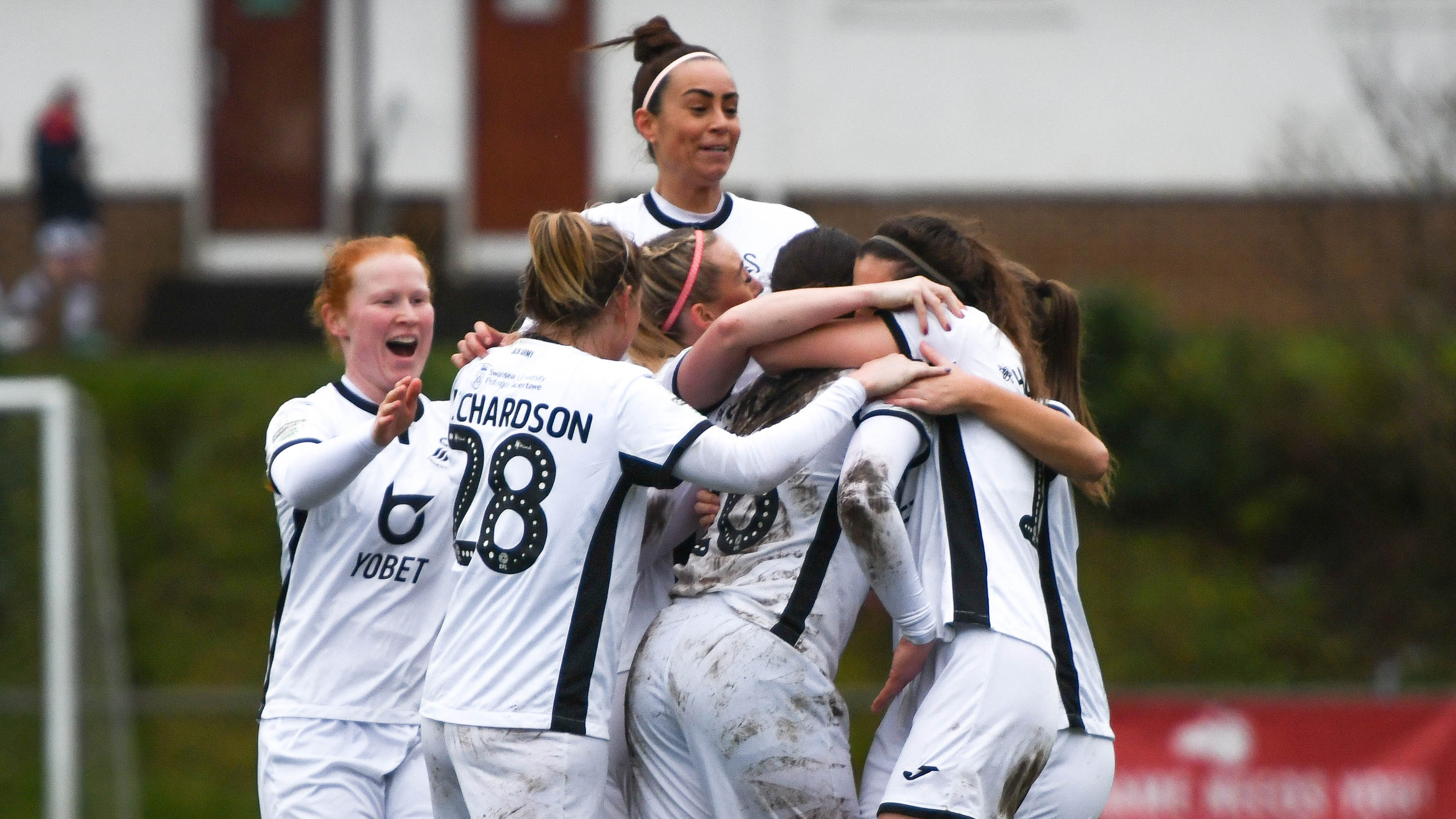 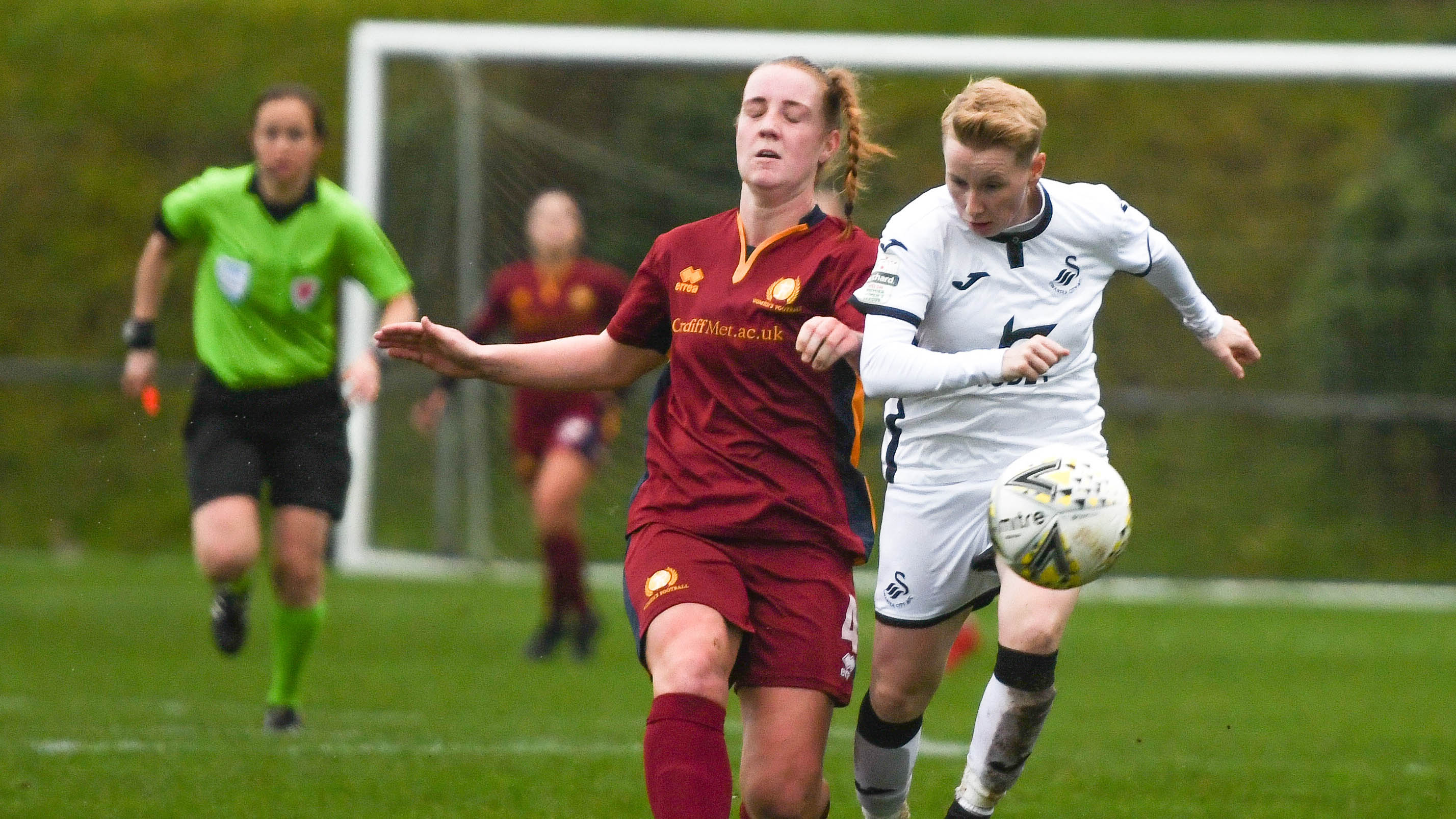 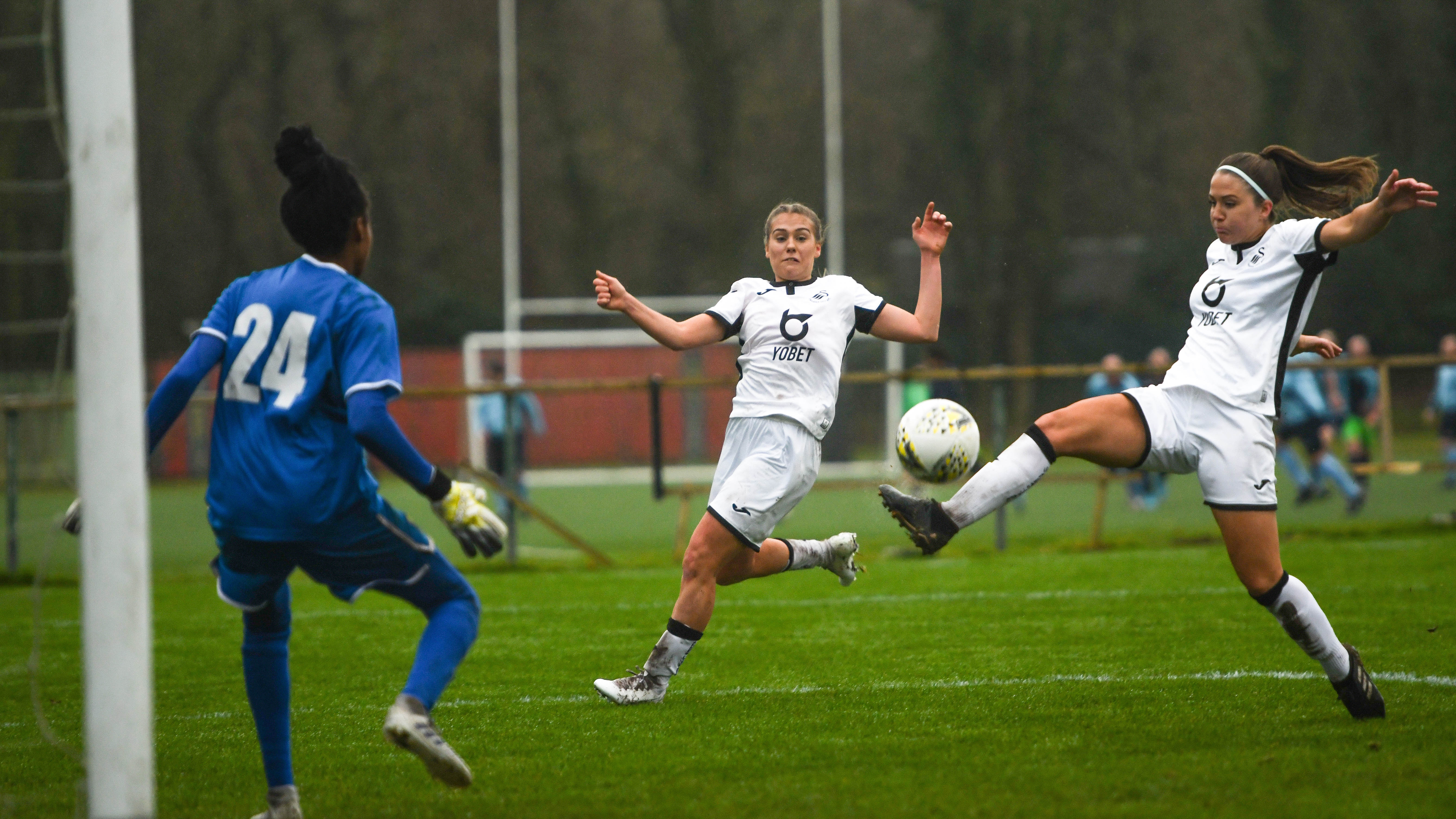 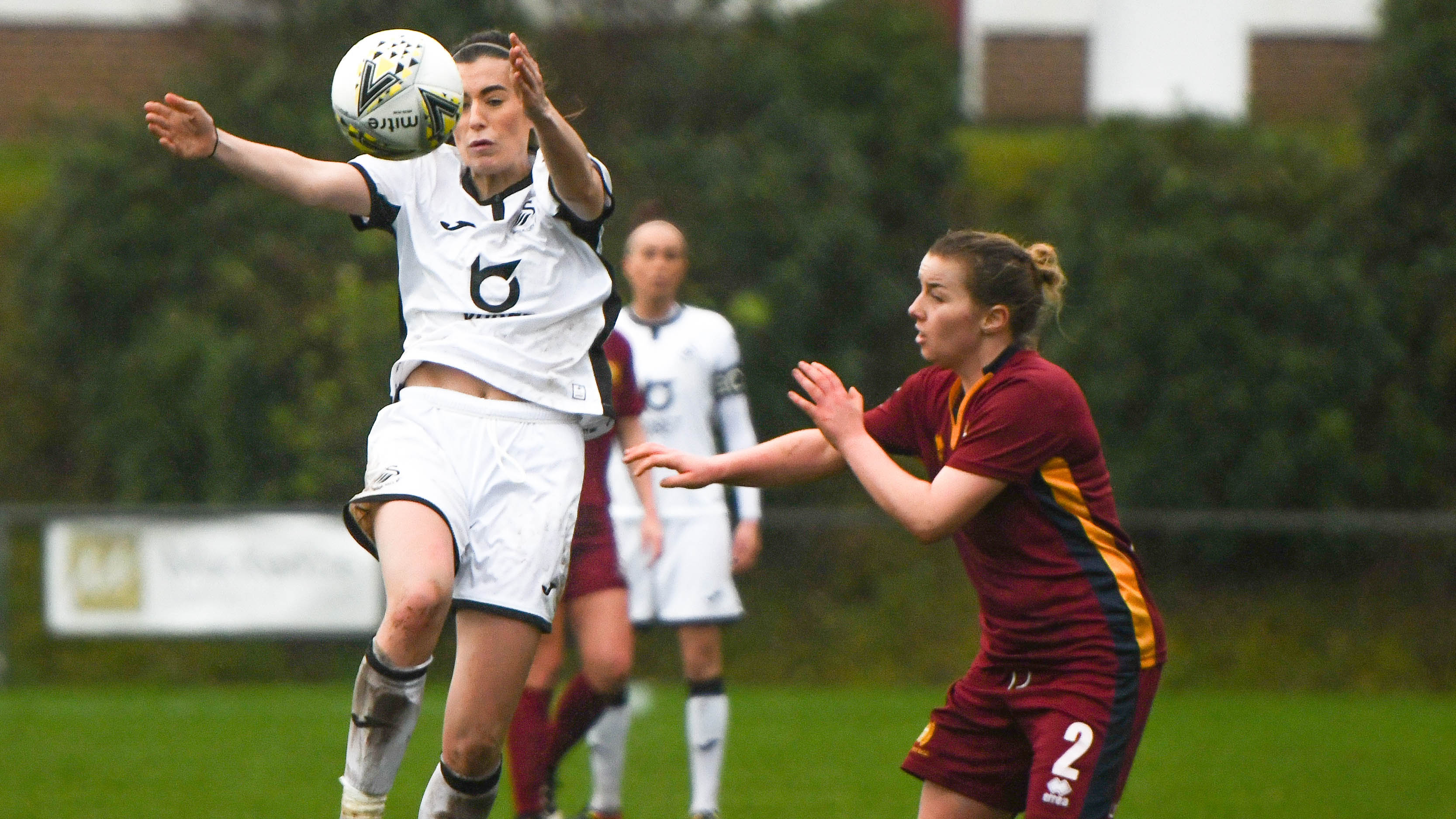 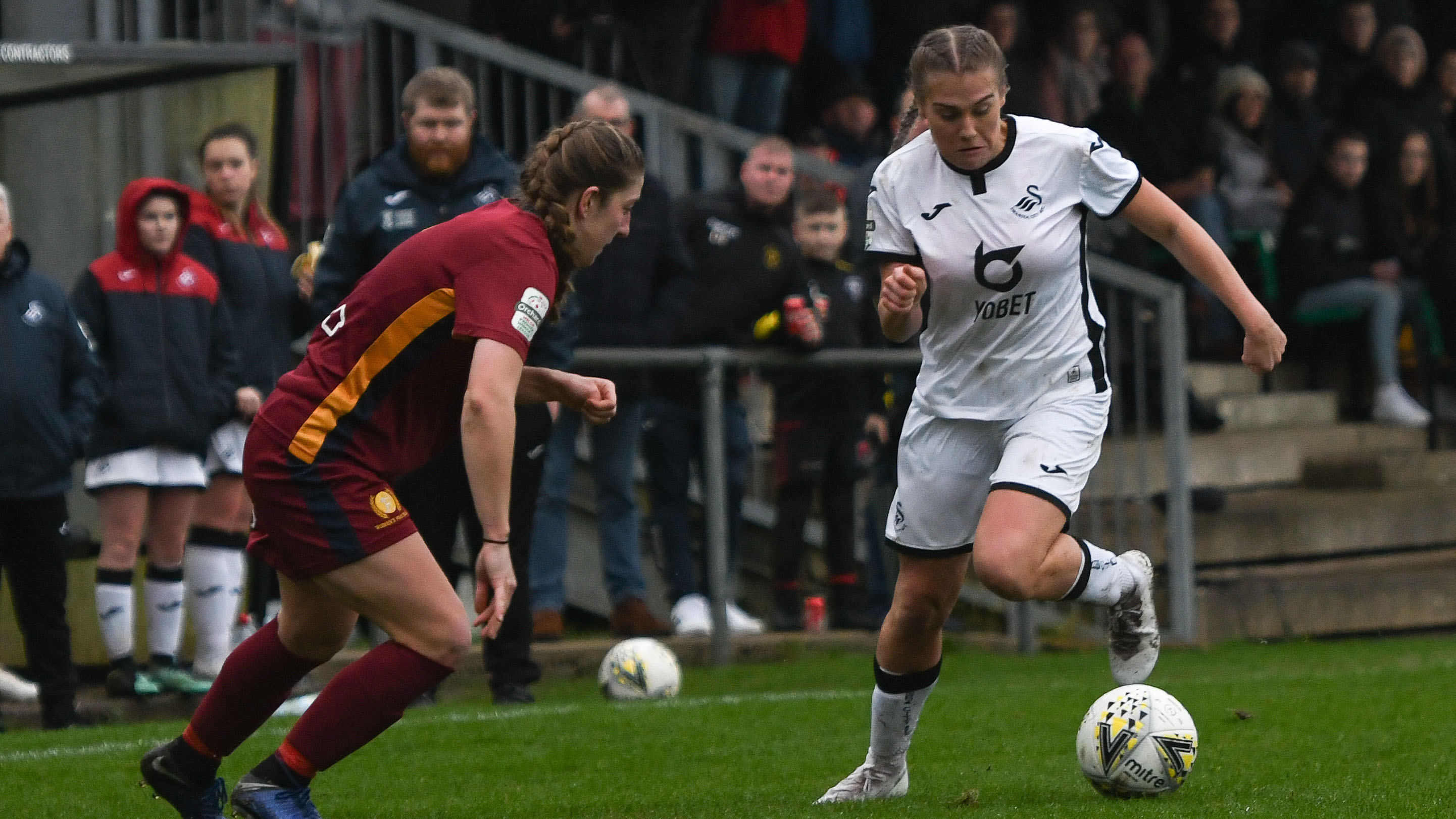 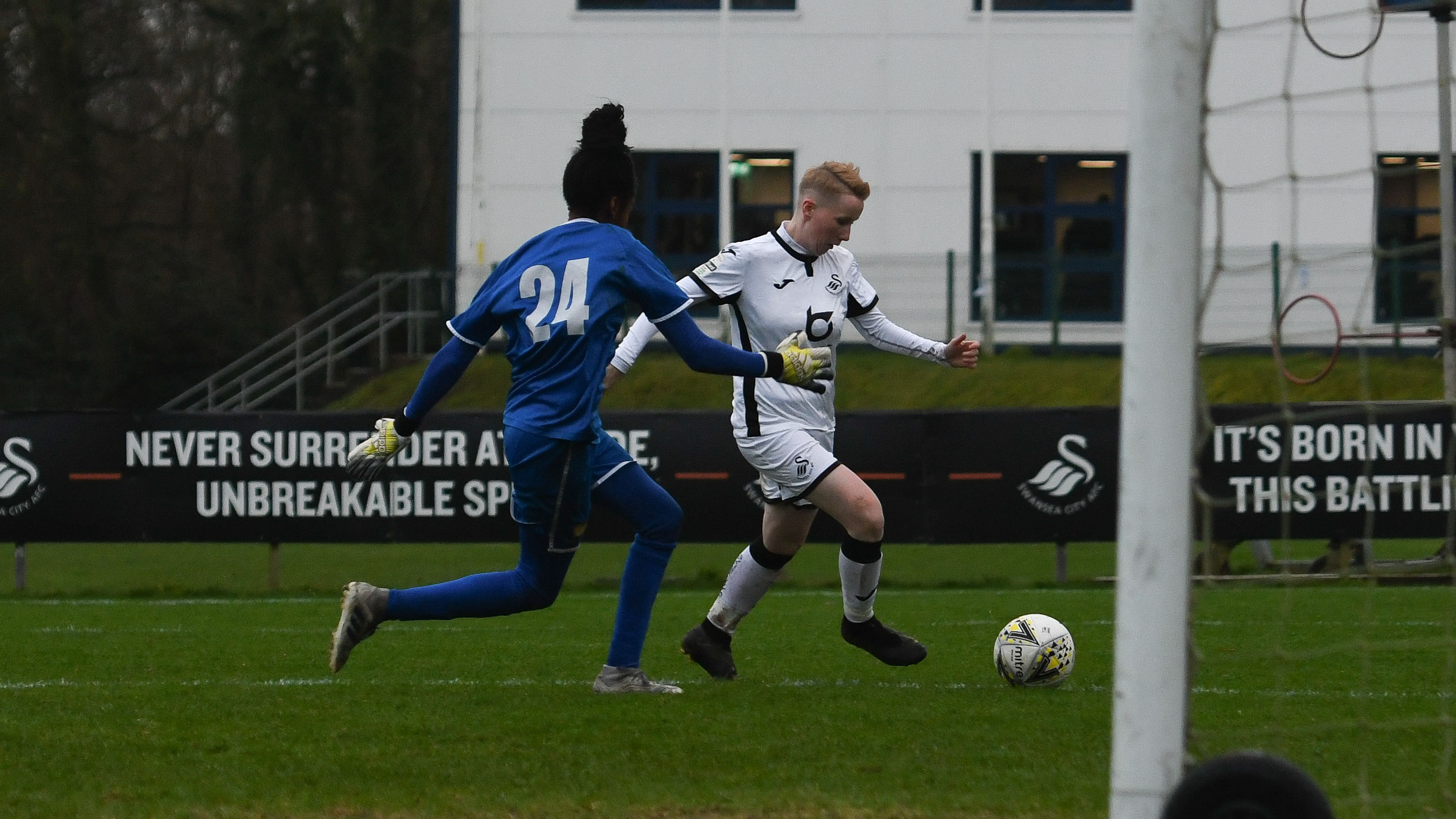 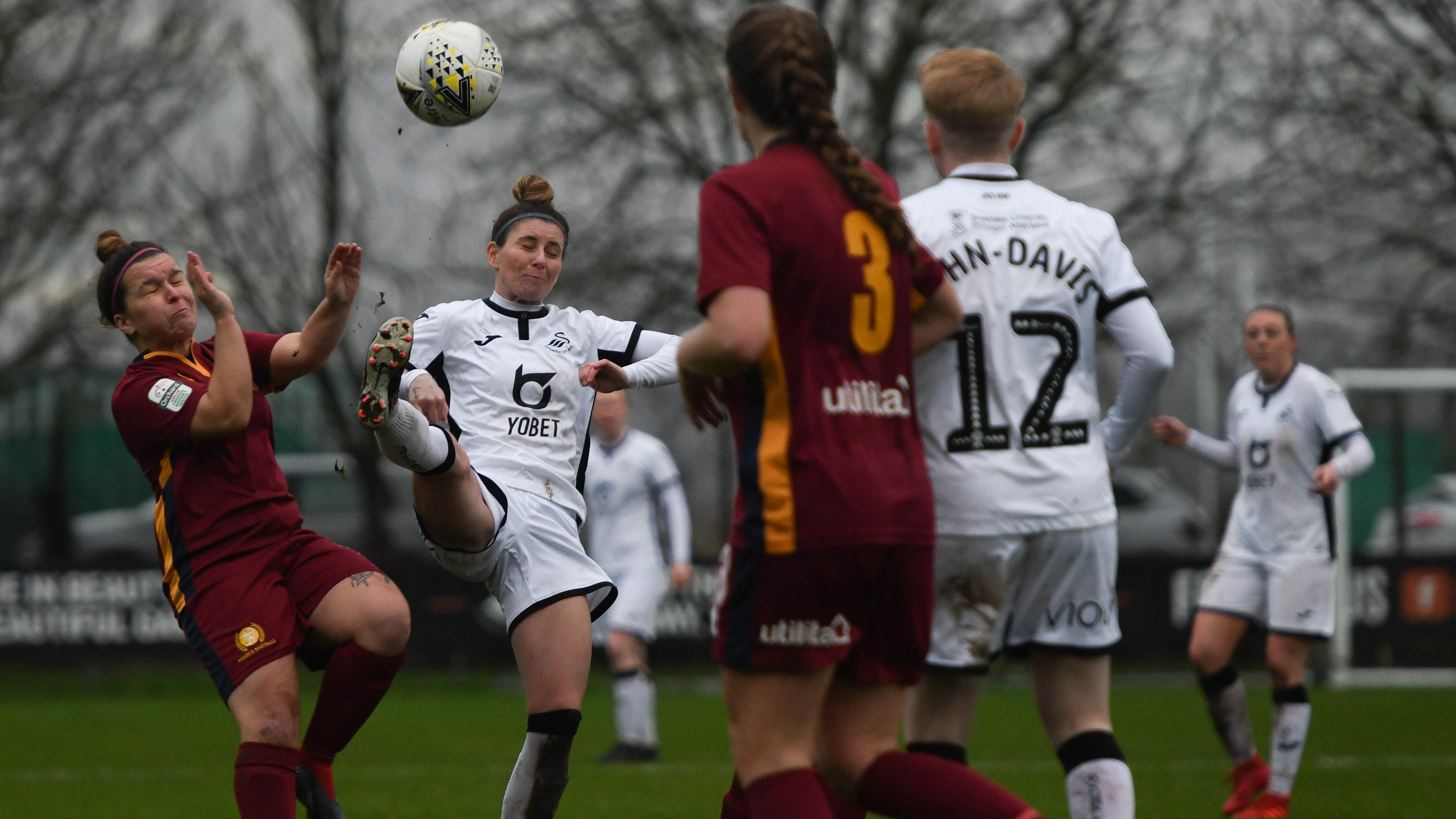 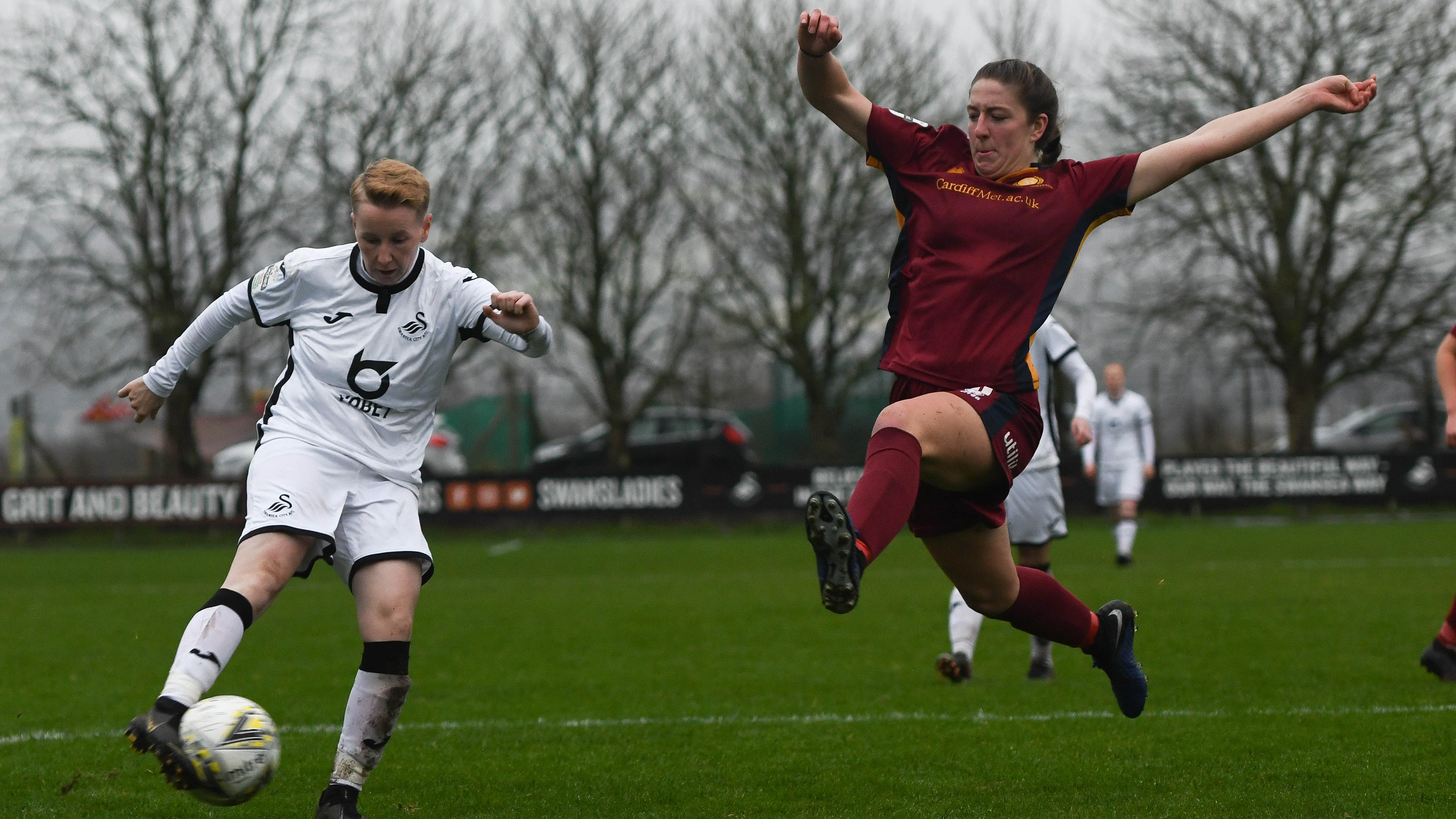 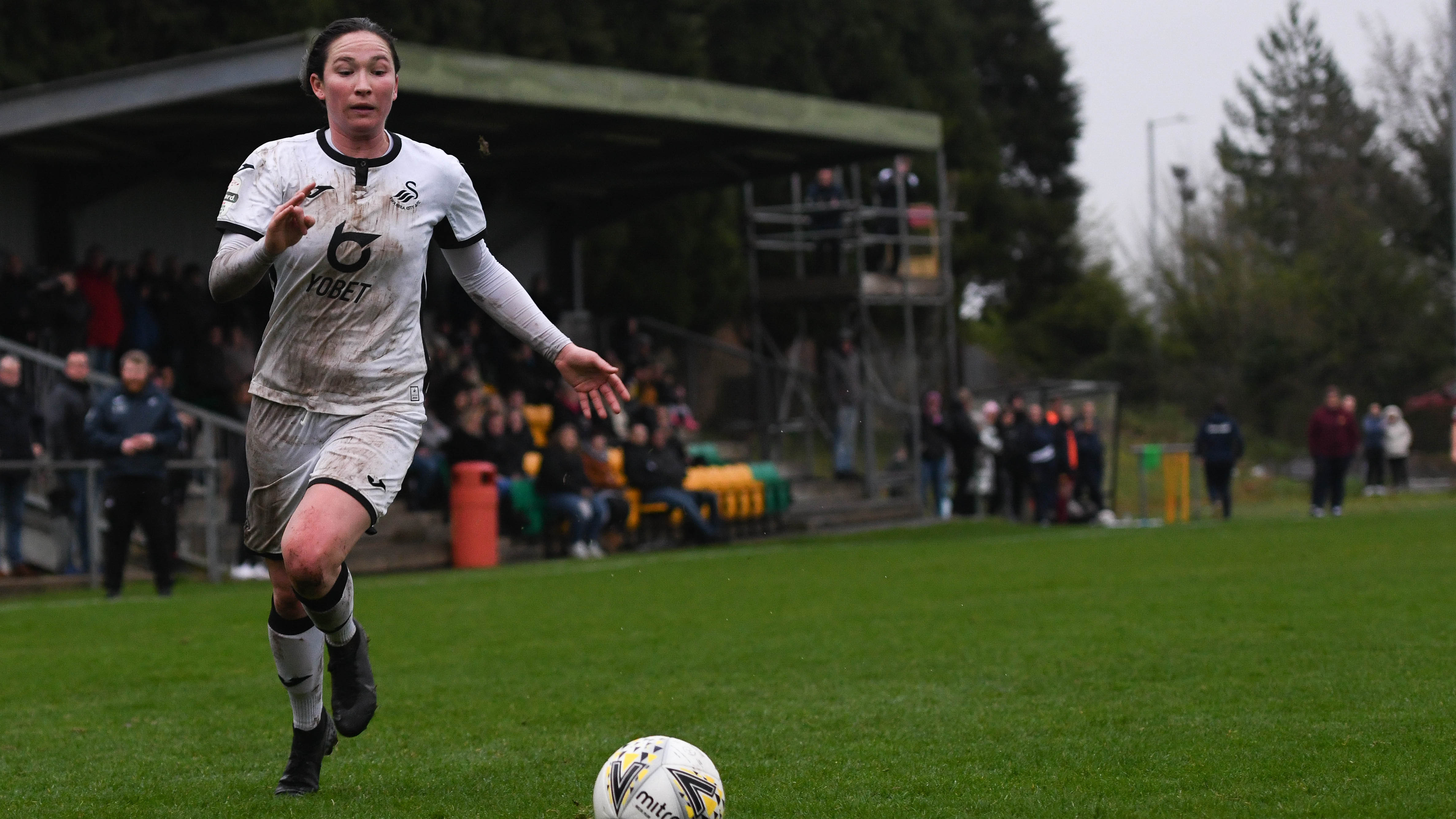 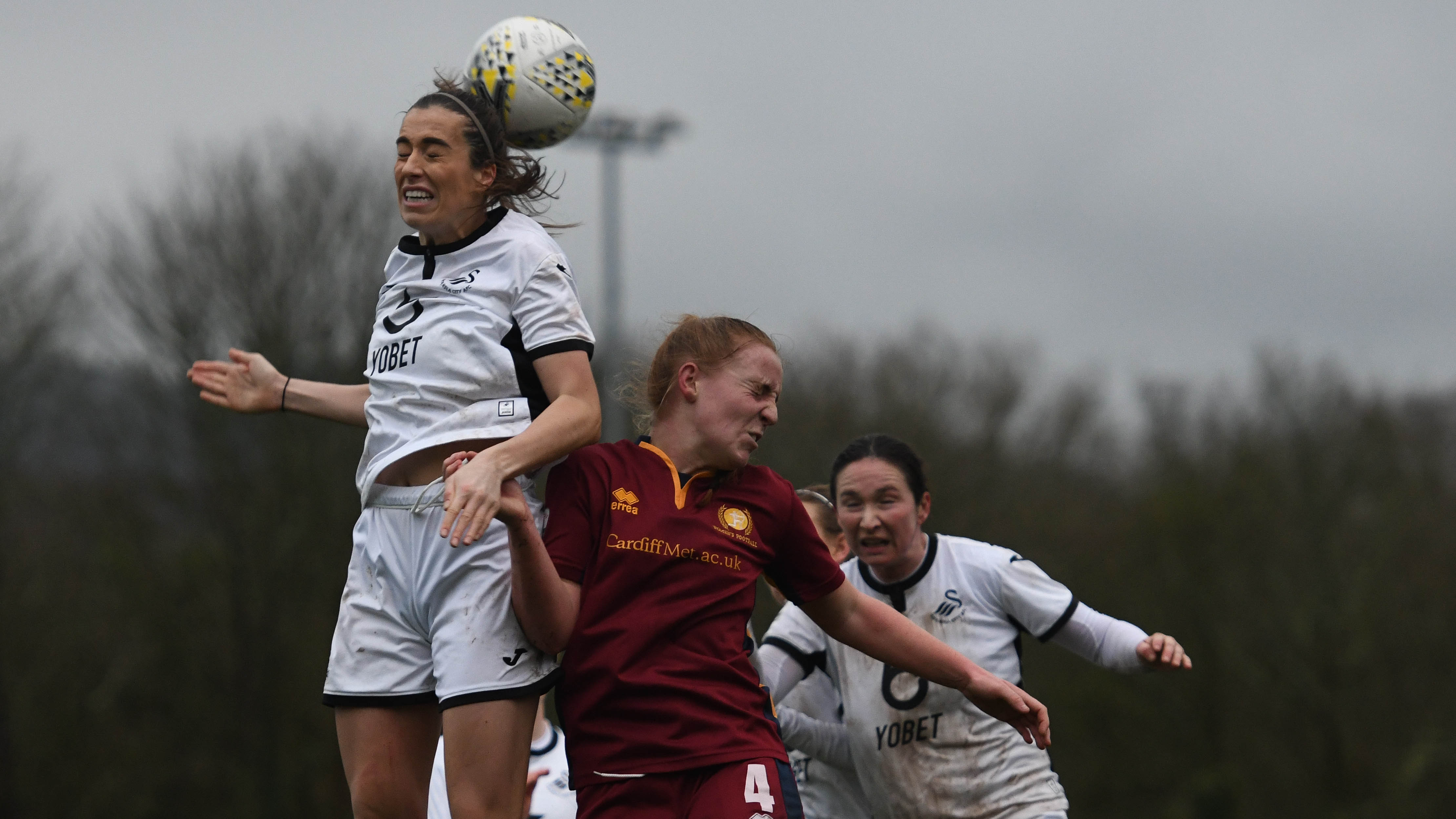 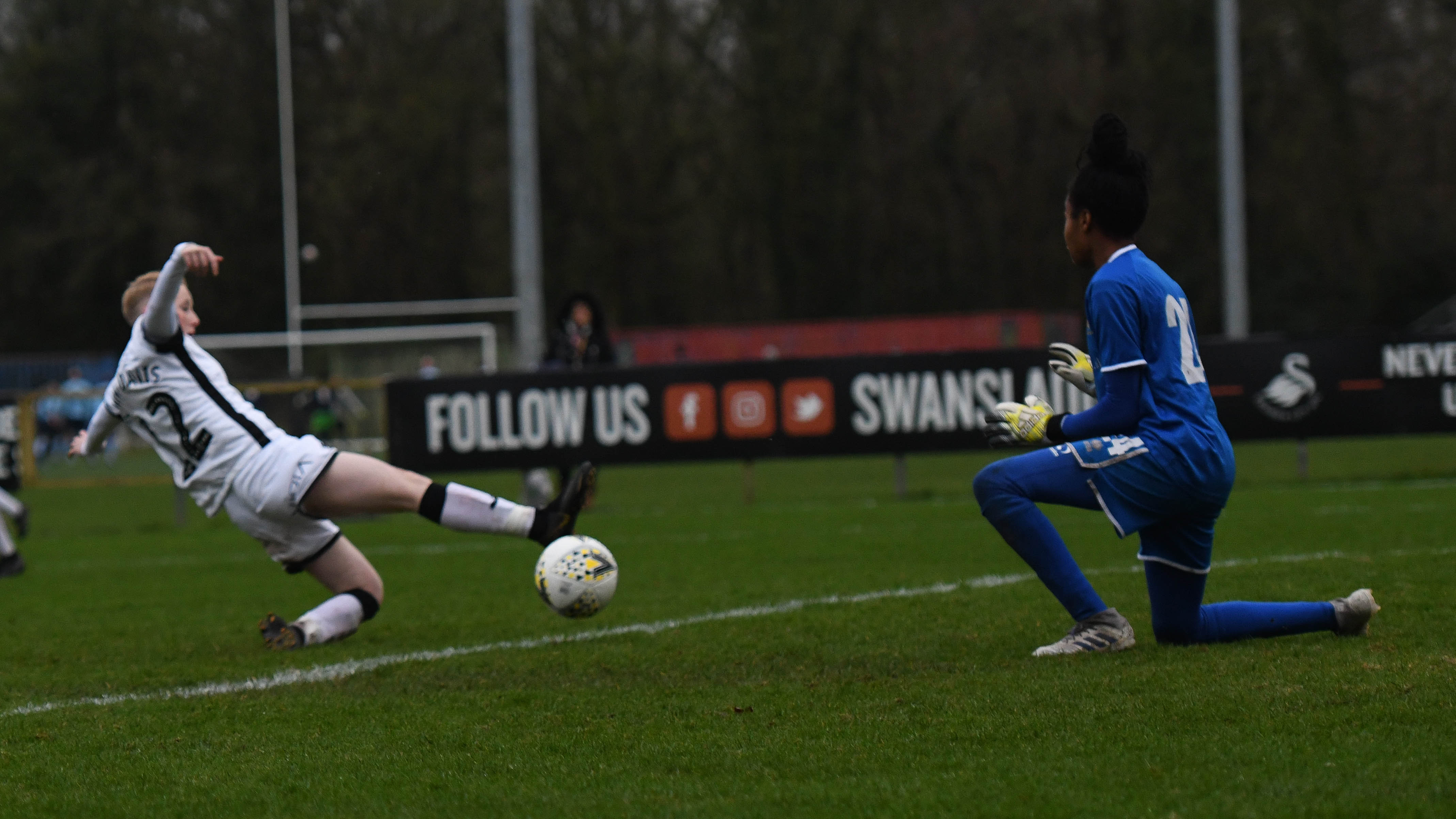 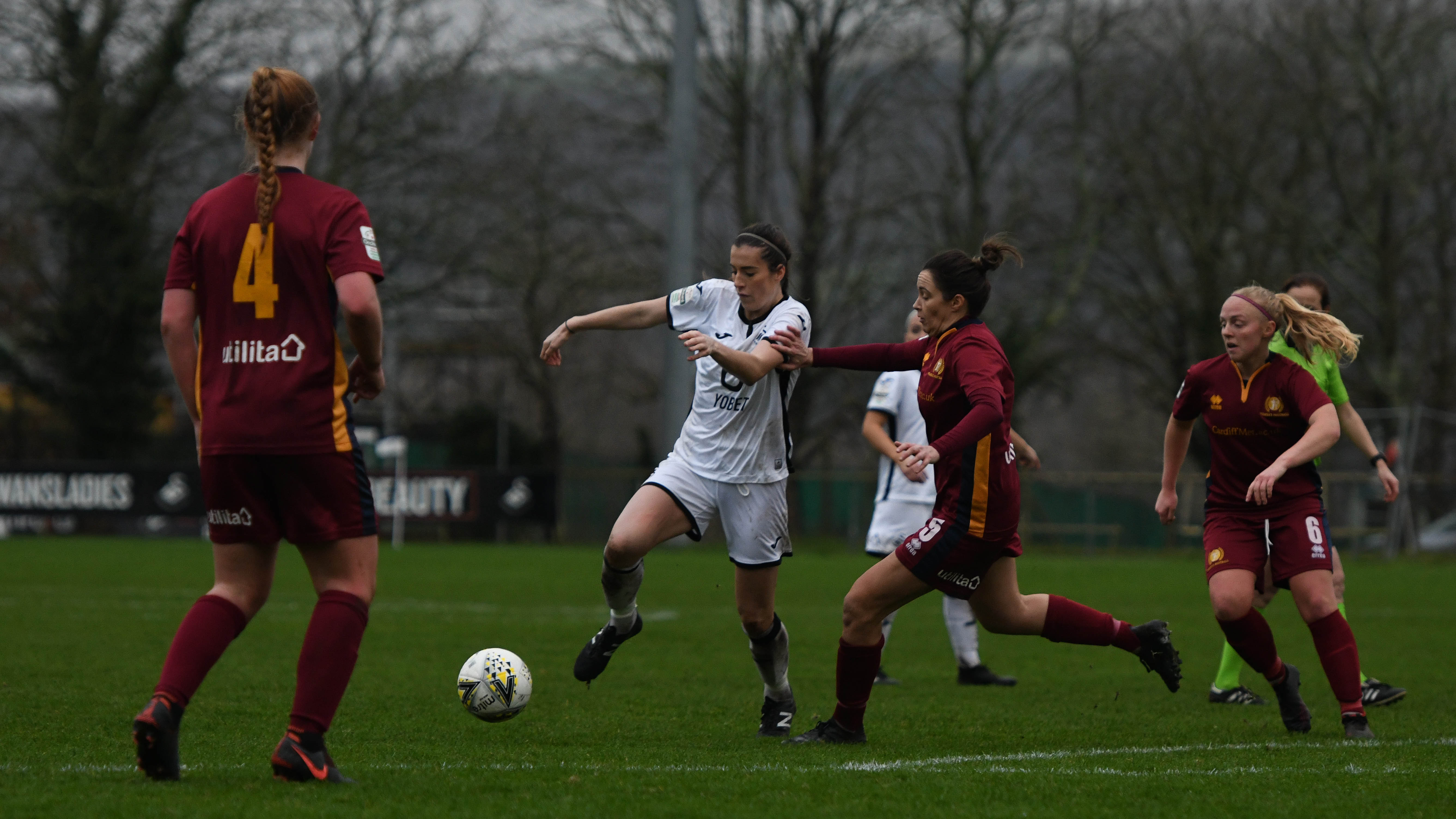 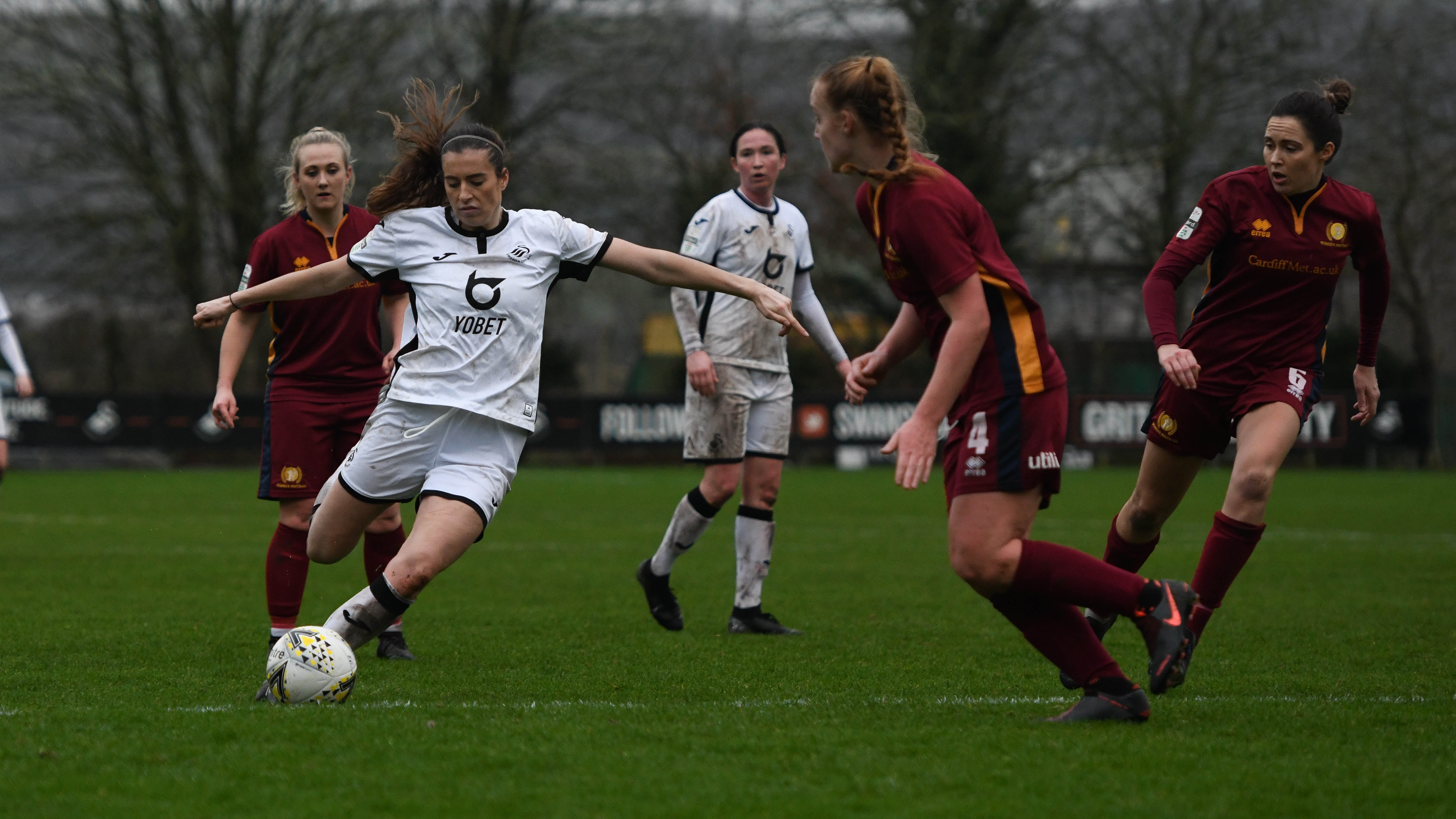 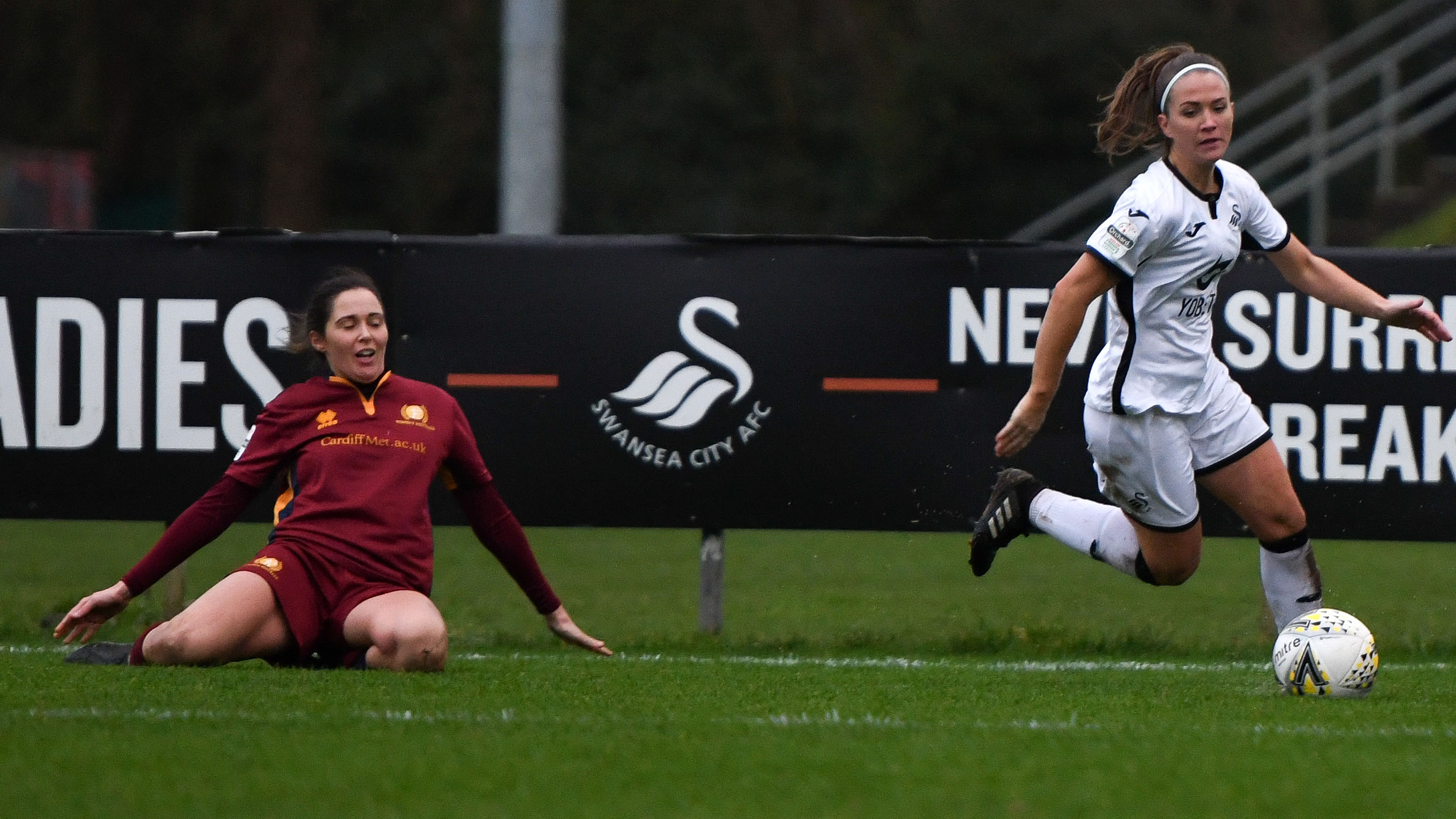 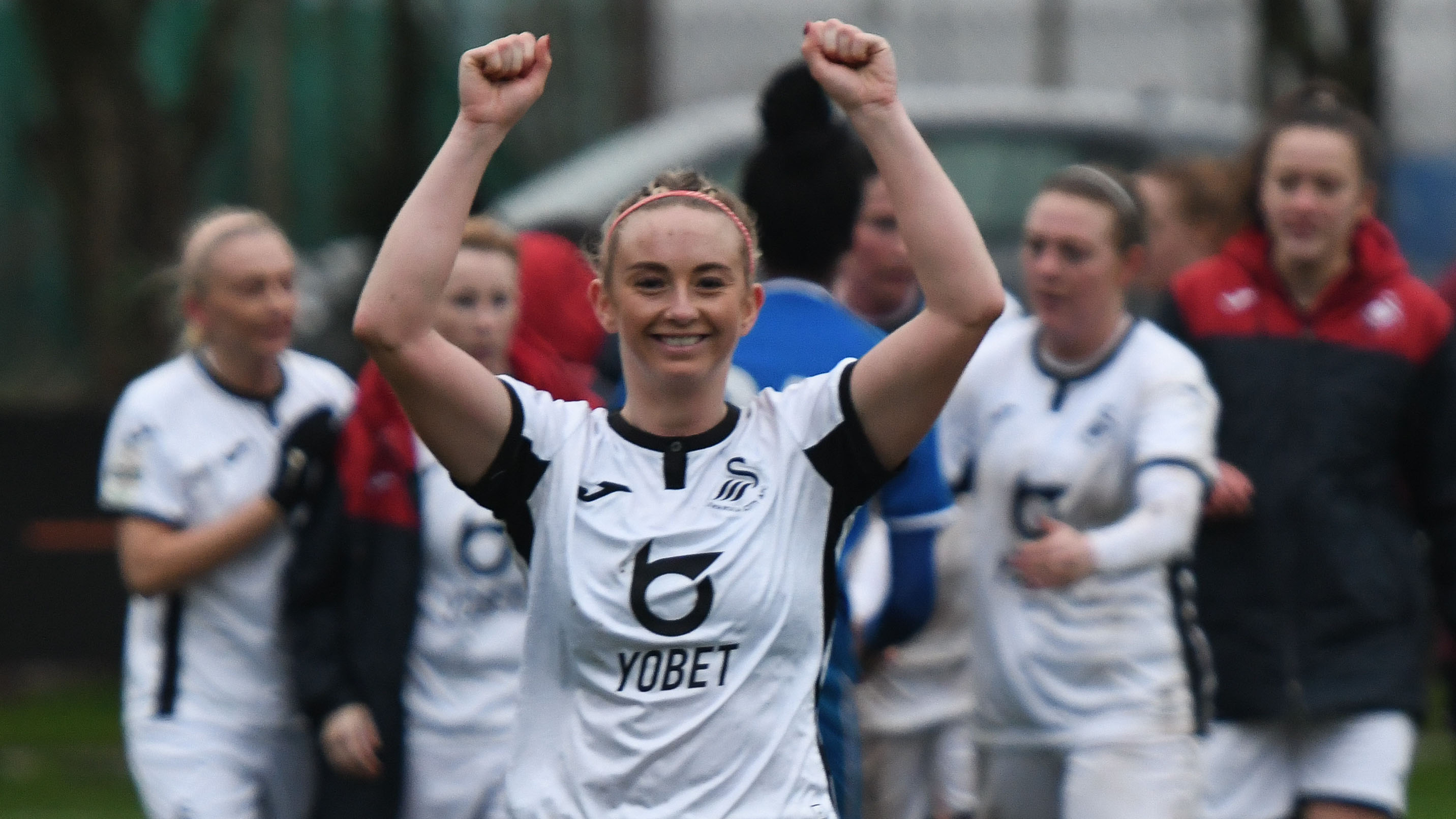 Lauren Smith proved the difference in a closely-fought encounter, with the American’s 19th-minute strike maintaining Swansea’s perfect record this season as they completed a first-ever league double over Met.

The result means Swansea stretch the gap between themselves and third-placed Met to nine points, while second-placed Cardiff City remain three points behind.

The Swans broke the deadlock in what was an evenly contested 20 minutes through Smith, who found the back of the net with a low shot into the bottom left corner from the edge of the penalty area.

Moments before the half-time whistle was blown, Katy Hosford found Emma Beynon with a dangerous cross at the back post, however, she was unable to keep her volley down.

Ian Owen’s side looked the most threatening of the two sides going forward with Met not being able to register a single shot on goal in the first half.

In the second half the visitors’ defence held firm, but they were being pinned back in their own half for the majority of the play.

Stacey John-Davis was inches away from getting a goal that what would have settled the nerves but she couldn’t get on the end of a fast ball into the area from Hosford.

Another chance went the way of John-Davis after Ria Hughes fed the striker through but she was unable to keep her shot down.

The lead was nearly doubled in the closing stages of the match after Met’s Lucia Carpanini saw her wayward clearance hit the crossbar in an attempt to clear Smith’s low cross.

Despite Met pushing for a late equaliser to salvage a point the Swansea defence held firm to secure victory.

Swansea will seek to continue their fine form next Sunday as they make the short trip to face Briton Ferry Llansawel (2pm).

Harry Thomas | We couldn’t have asked for a better response

Swansea City Ladies assistant coach Harry Thomas praised the response from his side as they returned to winning ways with a 4-0 victory over Pontypridd United Women in the Genero Adran Premier.

Swansea City Ladies suffered a first defeat of the Genero Adran Premier season as they were beaten by Cardiff City Women.

Swansea City Ladies head coach Ceri Phillips admitted his side had not performed to the level they expect of themselves as two first-half goals saw them suffer a first defeat of the league season at Cardiff City.