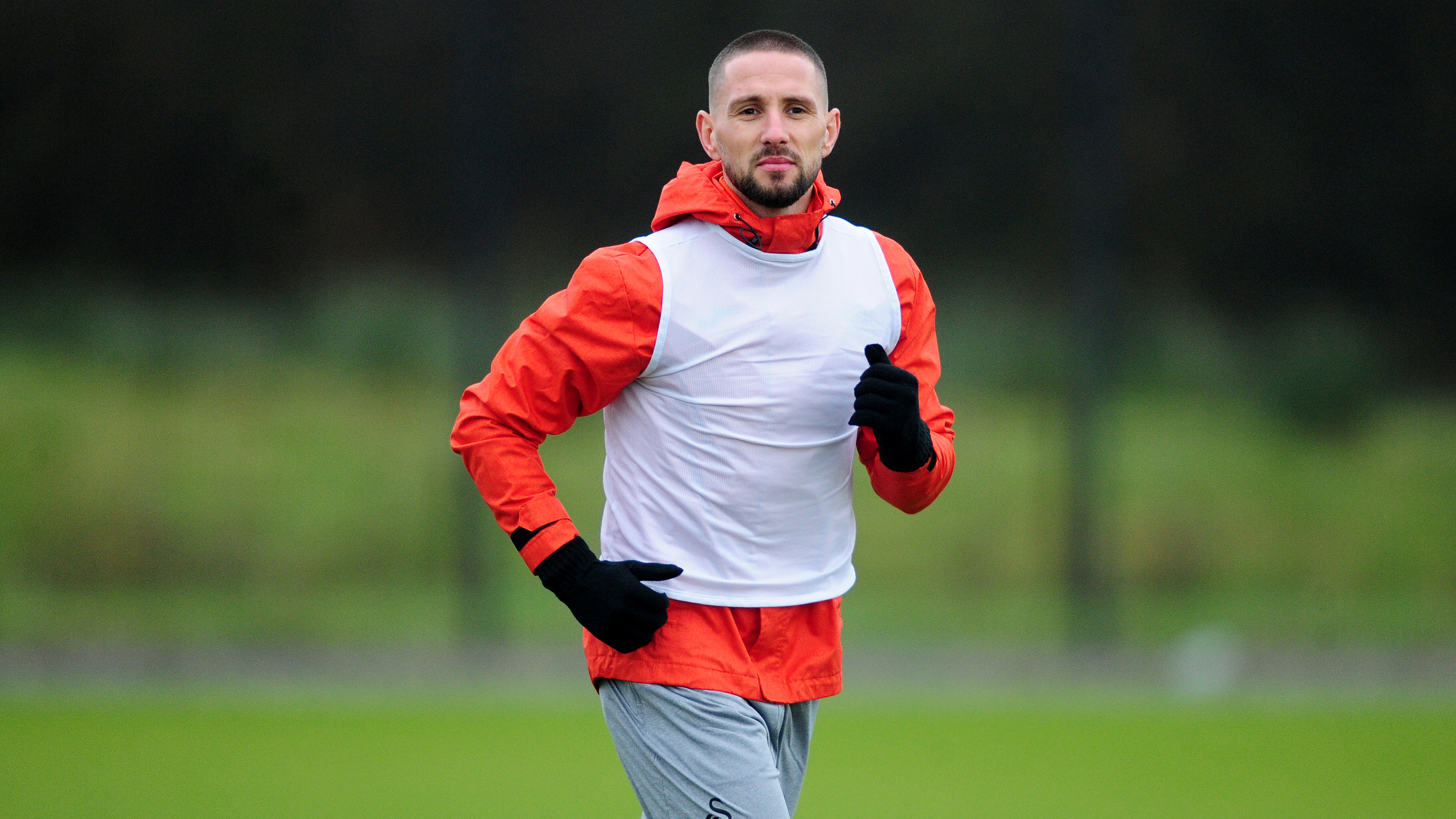 Steve Cooper | Conor's hunger and character made a big impression

Steve Cooper believes Swansea City have added a player of real character and hunger to the squad with the arrival of Conor Hourihane from Aston Villa.

The 29-year-old midfielder has joined the Swans on loan for the remainder of the 2020-21 season, subject to international clearance.

The Republic of Ireland international brings a wealth of experience, having made more than 350 league appearances and experienced promotion with Barnsley and Villa.

And the Swansea boss was delighted to bring in a player of Hourihane’s ability and experience.

“It’s great news. We were looking to strengthen the squad regardless of losing the three boys who were recalled,” said Cooper.

“But that has made it a necessity and for the first person through the door in that position to be of Conor’s level and experience is really positive.

“We were surprised that he may be available, and we really went for it in terms of trying to maximise the chance of him being here and fortunately he has decided this is the next step for him.

“We are delighted and looking forward to getting going.

“He has operated in the Premier League for the last season and a half, and been on a good journey to get there too.

“It tells you everything about his character that he wants to play and wants to be part of something that is going for something and contribute to it.

“I know he is really hungry, like Ryan Bennett and some of the older boys here they have had those experiences and it is good to have that in the mix, with the blend of youth and maturity we have.”

Hourihane is renowned for his energetic displays in the middle of the park, and his quality from set-pieces with his left foot.

And Cooper feels he will bring another option where an area where Swansea have made good progress over the last couple of seasons,” added Cooper.

“It’s a quality he has, and it is good to have that in the locker. If we can maximise that element that will be a really positive thing.

“We do a lot of work on attacking set-pieces and we are making small strides there.

“There are games in this league decided by set-plays, not just keeping them out of the net but scoring them as well.

“So, if we have added value in that area, then great.”