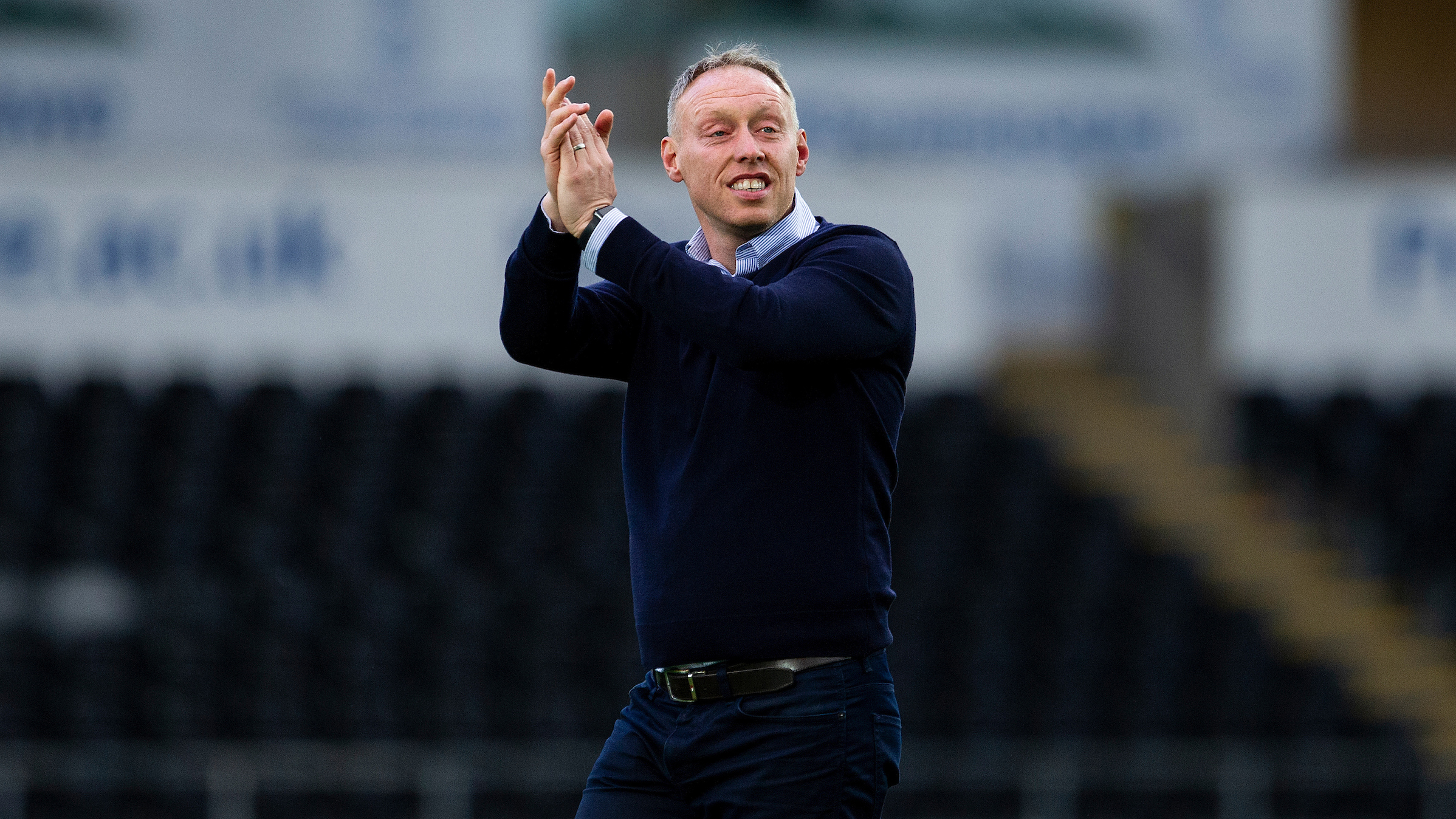 Steve Cooper | The fans got us over the line

Steve Cooper thanked the retuning Jack Army for helping his Swansea City side get over the line against Barnsley to book their Championship play-off final spot.

A 1-1 draw at the Liberty – with 3,000 fans in attendance for the first time since March 2020 – was enough to send the Swans to Wembley 2-1 on aggregate, and they will face Brentford next Saturday for a place in the Premier League.

A stunning goal from Matt Grimes had put the Swans ahead on the night – and two goals to the good on aggregate - before Cauley Woodrow netted for the visitors.

It made for a nervy final 20 minutes, but Cooper’s side once again showcased their resilience and character to go through.

“The overwhelming emotion is pride,” he said.

“We have got a bigger game next Saturday to get ready for, but we showed a lot of character and determination over the last two games.

“We respect Barnsley and the journey they have been on, and they test you in a different way.

“It’s hard to play against and it’s hard to find a rhythm because of the territory they get and the way we do it.

“We handled it well and what I liked about that is that, with fans back in the stadium for the first time in 14 months in the midst of a pandemic, they saw a team that is just fighting and giving everything they have for their people.

“That’s important to me, and it was amazing. The fans got us over the line.

“There were 3,000 there but during the game it felt like 35,000. The club did a brilliant job in how they structured it and the supporters really represented themselves and the ones who could not be in the stadium by being loud and proud.

“That is how Swansea fans are, and they absolutely got us over the line.

“I was asked before the play-offs whether it was an advantage to be home for the second leg, and I sat on the fence a little bit.

“But it was an advantage to be at home tonight because of the support we had from our people in getting behind their team.

“I am very, very grateful to them.”