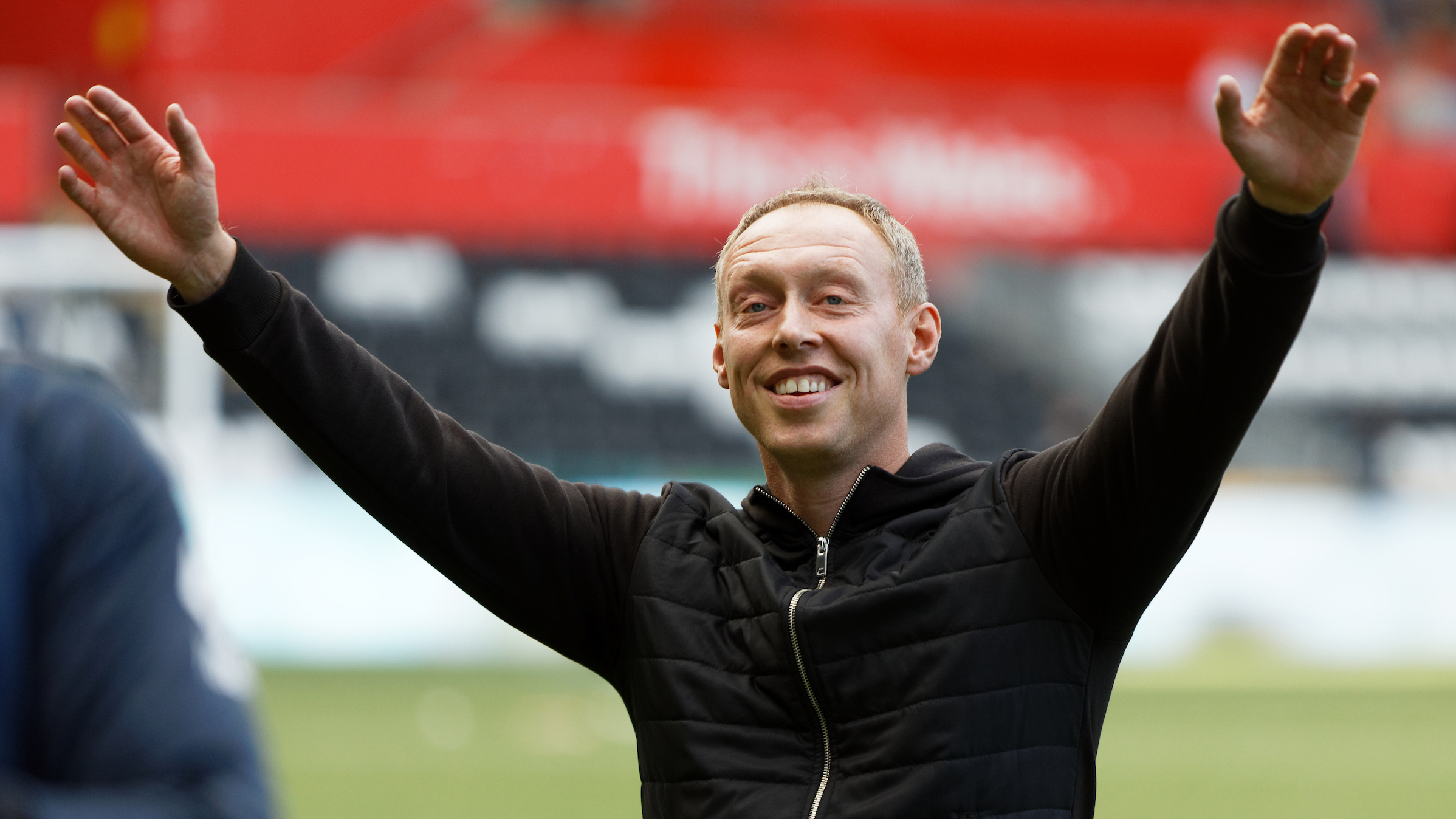 Steve Cooper says Swansea City head to QPR in a positive frame of mind, but insists no-one is getting ahead of themselves after an unbeaten start to the season.

Head coach Cooper has yet to taste defeat – either in pre-season or competitive action – since being appointed in June and they are among the very early Championship pacesetters.

The Swans have not lost in nine games in all competitions, with their previous defeat coming at the Kiyan Prince Foundation Stadium back in April.

Seven points from a possible nine have been racked up, while safe passage to the second round of the Carabao Cup has also been secured.

All of which means Swansea travel in good spirits.

“We feel like we have a plan to win and our focus will be on getting the belief right to deliver when it counts. It’s a really good feeling in the group at the moment,” said Cooper.

“Seven points from nine is a good return and we are obviously pleased with that.

“But it’s only a good start if you keep building on it and adding points to it. That’s the plan, to take it game by game and keep preparing as we are.

“We want to go on the pitch believing we can play well and win the next game.

“There have been a number of pleasing parts, but we still feel we are building to the levels we want to be at.

“That’s the mentality of the players, we want to improve.”

And Cooper expects a tough test against Mark Warburton’s Rs, who have played some excellent football so far this season without quite getting the rewards.

“I’ve watched all of their games and they’ve played well so far,” added Cooper.

“My opinion is that they have played some good football and they created some really good chances against Bristol City at the weekend, even though they lost.

“So we know it’s going to be a tough game for us, and we are going to need to perform well.”