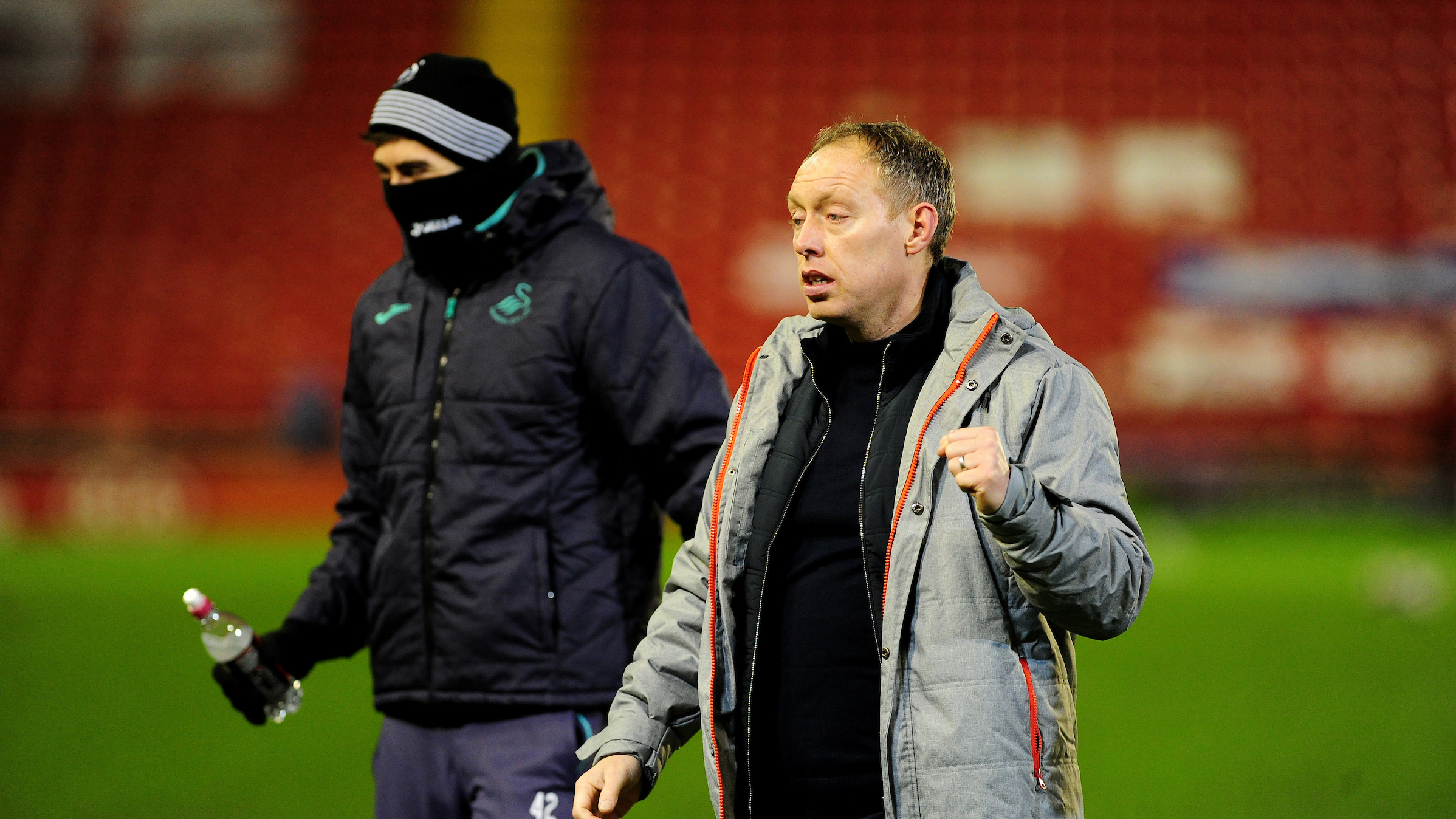 Steve Cooper | We can't look too far ahead, we have a job to do

Steve Cooper has warned Swansea City they cannot allow themselves to be thinking about potential fifth-round opponents when they face Nottingham Forest in the FA Cup on Saturday.

The Swans take on Chris Hughton’s Reds at the Liberty Stadium in the fourth round of the famous old knockout competition.

Swansea have enjoyed some success in the cup in recent years, reaching the quarter-finals in 2018 and 2019.

And the reality of a congested season means they are in the unusual position of knowing who they will face in the next round should they manage to beat Forest.

The winner of Cheltenham’s tie against Manchester City would await, allowing supporters to dream of a rematch of the thrilling 2019 quarter-final against Pep Guardiola’s side.

But head coach Cooper and his players will be paying full respect to Forest, particularly on the back of a hard-fought meeting between the sides in the Championship earlier this season.

“I guess with how things have worked out there is an incentive to get through to the next round, and that’s how it is in cup competitions,” he said.

“It’s all on the day, and if we end up pitting our wits against a top Premier League team then great.

“But we cannot be thinking about that right now. It’s about the gameplan of how we win against Forest, because if we don’t commit to that then there might not be a game in the next round to worry about.

“The focus is on this game, and doing everything we can to get the result we want.

“We know Forest are tough opponents on the back of our league game up there where we had to fight very hard for the result.”

This season there are no replays in the FA Cup, with ties now decided on the day via extra-time and penalties if needed.

And Cooper will have his players working on their spot-kicks ahead of this weekend’s game.

“We will have a go at practicing penalties as we have done for all cup games this season with ties being decided on the day,” he added.

“I think that’s the right way to do it, to make sure we are ready.

“We’ll have some thoughts about the penalty-takers."