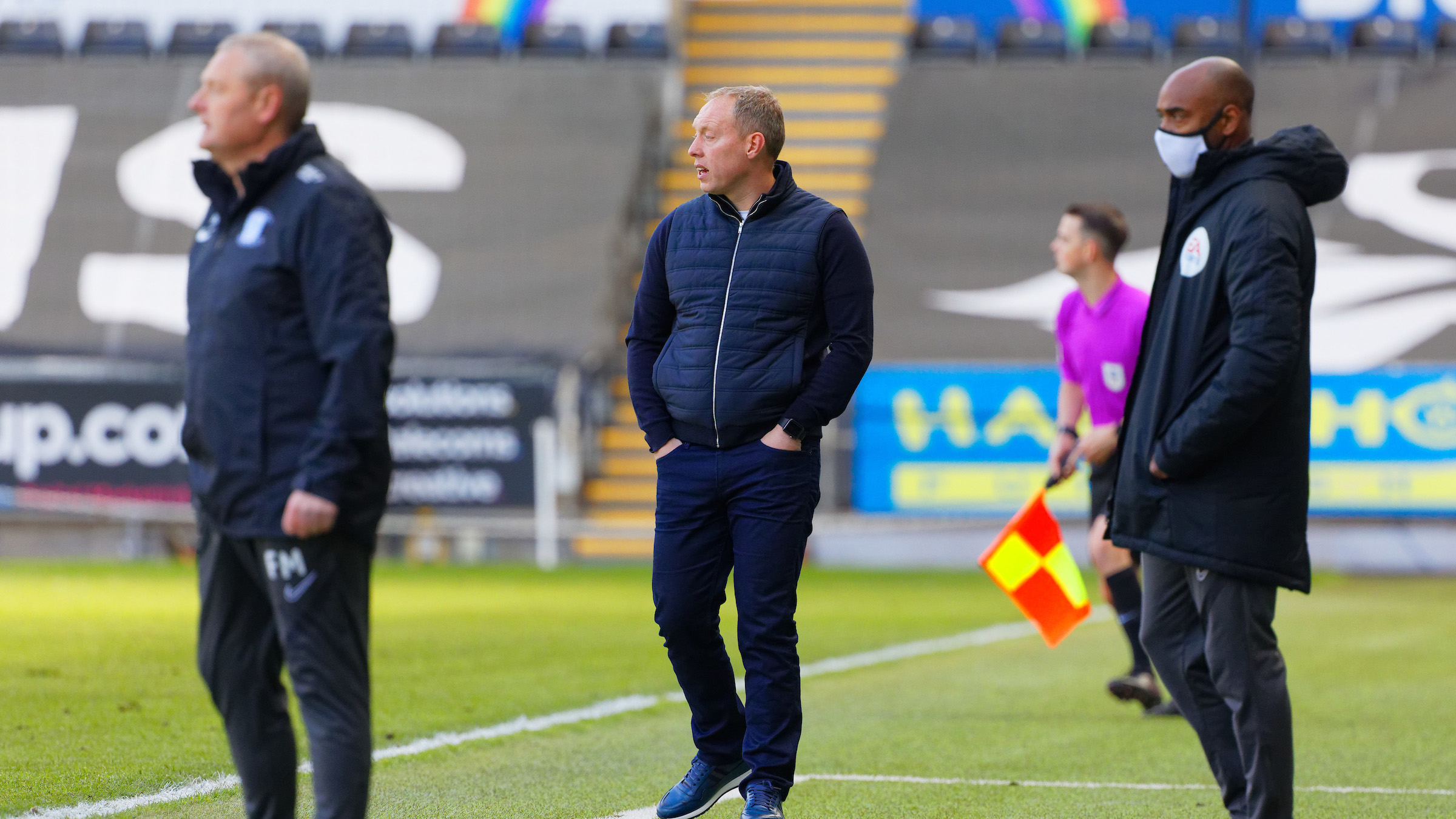 Steve Cooper | We did not do enough, and we cannot hide away from it

Steve Cooper admitted Swansea City had not done enough to get a result against Preston, and says he and his squad cannot hide away from a poor run.

A stoppage-time Matt Grimes own goal condemned the Swans to a fourth-straight defeat, following on from the late loss at Birmingham on Good Friday.

The result leaves the Swans 10 points adrift of the top two positions, and they are four points clear of seventh place.

And, while Preston’s late winner owed something to good fortune thanks to a ricochet as Freddie Woodman saved from Scott Sinclair, Cooper says Swansea have to front up to their recent difficulties as they went a fourth game in a row without scoring.

“We are really disappointed. We did not do enough in the game to win it,” he said.

“You could say we have been unfortunate to lose it with the ricochet and how it ended up going in, but that’s three long throws in three games where we have conceded goals from and lost.

“We are not clearing the first ball, we are not picking up seconds and we are letting the opposition get into goalscoring areas.

“That’s an issue, and we know we are not looking enough or as much of a threat as we should do.

“We do not look like scoring enough, so those are the two things that are playing on my mind at the moment.

“I am not going to hide away from it. We are not keeping clean sheets, we are not scoring and we are not winning.

“We have to stand up and be counted here and tackle it head on.

“That’s no goals in four games, there were blocked shots but we are not looking enough like we are capable of scoring.

“We changed the shape, tried to get more offensive width in the game.

“There were glimpses of what we wanted that to look like in the second half, but not enough to be the sort of threat we want to be, especially at home.

“I’m not dressing it up or making excuses, we are falling short at the top end of the pitch. It’s not just the attacking players, it’s the whole team."