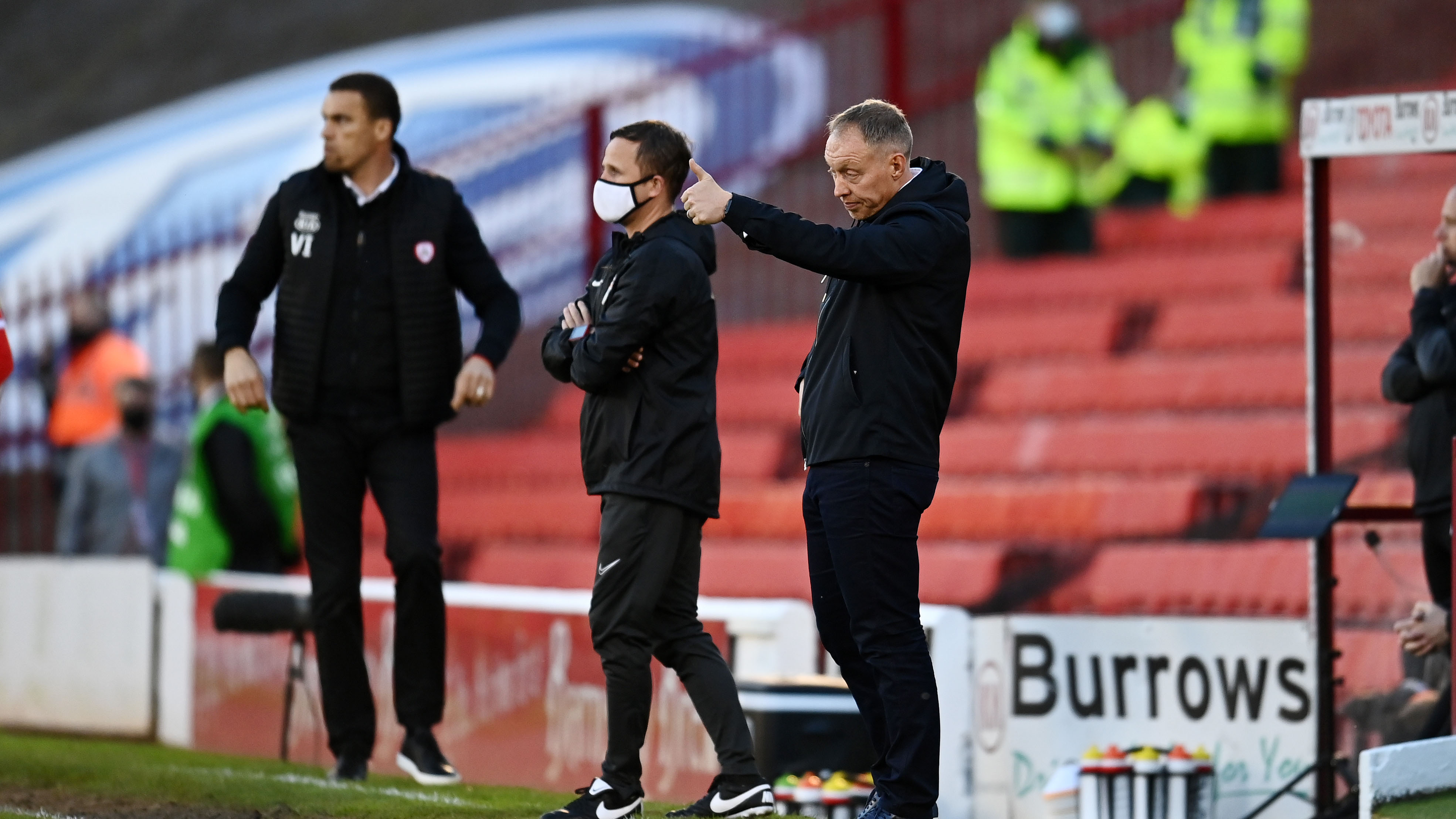 Steve Cooper | We stood up to be counted

Steve Cooper hailed the spirit and effort of his Swansea City side after they battled to grind out a 1-0 lead in their play-off semi-final against Barnsley.

Andre Ayew’s 17th goal of the season saw the Swans win the first leg at Oakwell, the Ghanaian driving into the area and curling home in the 38th minute.

It means the Swans will return to the Liberty Stadium on Saturday – with the Jack Army set to attend for the first time in 14 months – with the advantage to take into the second part of the tie.

And, having seen the likes of Freddie Woodman, young centre-halves Ben Cabango and Marc Guehi, Kyle Naughton and Matt Grimes be among those to stand out in weathering sustained Barnsley pressure during spells of the second half, Cooper was full of praise for the attitude and application of his players in a tough environment.

“I am pleased with the effort tonight,” he said.

“We knew what the game would be, we felt it would go a certain way and away from home you have to respect that and stand up to it and match it.

“I thought we did that. We got a real moment of excellence with Andre’s goal and we managed to continue to be strong defensively.

“We could have shown a bit more quality on the ball at times, but I get it, the fans were back in tonight and there was a good atmosphere.

“Barnsley are a difficult team to play against with the way they play and there is that psychological thing where you are trying to protect the lead a little bit.

“We did that, there were not many chances in the game and it was a night where you had to be prepared to fight for everything.

“Freddie made some good saves, Marc and Ben – two 20-year-olds – were excellent at the back and have a great role model in Ryan Bennett.

“It was just a good effort from the boys, it was not a typical Swansea game but you have to respect that and you have to deal with it.

“Andre has then made the difference and we know he can do that, we’ve seen it plenty of times.”